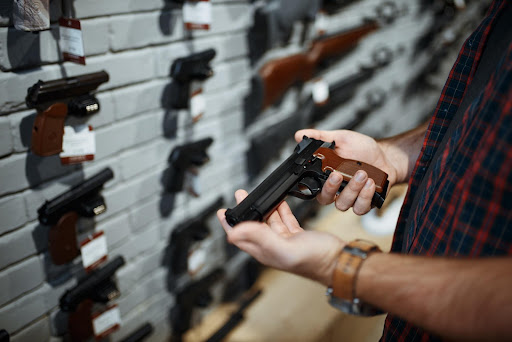 November 16, 2021 - Getting into guns shouldn't be intimidating! The 2nd amendment applies to all citizens of the United States and every one of us deserves to understand what the right to bear arms entails whether that be for protection, hunting, collection, or even just having fun shooting at ranges. Before diving into specifics you'll want to familiarize yourself with the history and terms you will come across when researching more into the gun industry. Starting with the three main classifications of guns: handguns, shotguns, and rifles. Understanding the key differences between these firearms will help you choose the right one that fits your needs. 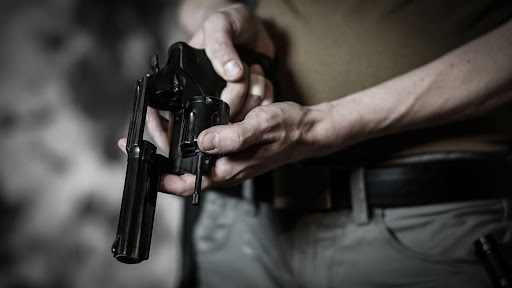 A handgun, as the name can be inferred, is a firearm that is designed to be held and fired with one hand. Handguns are small, lightweight, and relatively easy to conceal compared to their larger counterparts making them a very common gun used for concealed carry.

There are two main types of handguns:

A revolver is a type of handgun that has multiple chambers (typically five or six) and uses an effective mechanical firing system. It is loaded by inserting cartridges into the cylinder one at a time then rotating the chamber to line up with the barrel allowing for each cartridge to be fired in succession until all rounds have been discharged before reloading again.

Shotguns are defined as a firearm designed to be fired from the shoulder and fire a number of projectiles called shot. Shotguns have many uses from hunting to self-defense, but they are most effective as short-range weapons. This type of gun is very popular with hunters for its versatility in ammo that allows you to hunt everything from small game to large game like whitetail deer.

There are three main types of shotguns:

Pump-action and break-action are the most popular types of shotguns. They both have a sliding forend that allows the shooter to chamber another round after firing but operate differently from each other. A pump-action uses a manual slide mechanism located beneath or forward of the trigger guard to cycle new cartridges into the breach while a break-action is manually operated by breaking the barrel open on the side opposite of its mount.

A semi-auto shotgun uses another mechanism to cycle through rounds and works more like a semi-automatic rifle in that when firing, it ejects spent shells and loads fresh ones at a very fast pace making this the most popular shotgun used for self-defense. 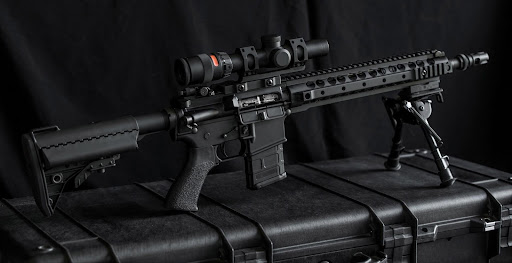 A rifle is a firearm designed to be fired from the shoulder and fire a single projectile at a time. Unlike a shotgun, rifles feature a series of spiral grooves around the inside of the barrel that causes the projectile to spin as it moves through the barrel, resulting in a much more stable flight path increasing accuracy. Because of its accuracy, it is a popular gun for hunting, target shooting, law enforcement, and military when the intended target is a long-distance away.

There are five types of rifles:

Lever-Action Rifles are largely associated with the 1800s Wild West, but they are still a very popular type of rifle today. This firearm uses a lever attached to the trigger guard that cycles new cartridges into the chamber while operating in an up and down motion. This style of rifle is known to be a bit less accurate and heavier than others, but it usually can have a high cartridge capacity.

A bolt-action rifle is a type of firearm that uses a bolt handle on the right side behind the chamber that allows the user to eject a used cartridge, load a new round from the magazine, and close the chamber with a simple upward, backward, and forward movement.

A pump-action rifle operates by working the slide mechanism around the barrel to eject the old cartridge while simultaneously loading a new cartridge. Unlike other rifles, this action is done by using the supporting hand which helps increase accuracy.

A break-action rifle is a type of rifle that uses the action of breaking down (which separates the barrel and receiver) to make it easier and more convenient to load, unload, and clean. The barrels on break-action rifles pivot away from the frame on a hinge located near the front or rear of the trigger guard area allowing for access into its breach where the cartridge or shell is placed.

A semi-automatic rifle, also known as a "self-loading" rifle, is a type of firearm that automatically extracts the empty cartridge case and loads in a new round when firing. This allows quicker fire as users save time by not having to manually reload or discharge.

One model of a semi-automatic rifle that has been controversial in the media is the AR-15. This style of semi-auto rifle is largely misunderstood by the public. Even its name has been misinterpreted to mean "Assault Rifle" when the "AR" actually stands for ArmaLite rifle, after the company that developed it in the 1950s. Like other semi-automatic civilian sporting firearms, they fire only one round with each pull of the trigger, unlike assault rifles which are fully automatic and have been severely restricted from civilian ownership since 1934.

How do I know which type of firearm is right for me?

There is no such thing as a "One Size Fits All" type of gun. Shotguns and rifles are popular because they can be used for multiple purposes, but each person will have different needs based on their physical ability or intended use. A better question to ask yourself would be: "What am I going to use it for?"

If you plan on using a gun for home defense, a shotgun would be the best choice as it has been proven to have the most stopping power of any type of non-military firearm. However, if your primary concern is hunting or target shooting, then a rifle will likely fit your needs better than other types because they are more accurate and can hold more ammunition. If you intend on using your firearm for concealed carry, handguns might suit your needs as they are very effective for self-defense when in close quarters with an attacker. Whatever you decide, make sure the firearm you buy is of high quality and safe to use.

If you are still unsure about which type of gun will best suit your needs, don't be afraid to reach out for help! Gunspot's staff can help identify what kind of weapon fits your specific situation the best so that you can get exactly what you're looking for.

Master Of The Outdoors