Listed By: The Wichita Gun Club 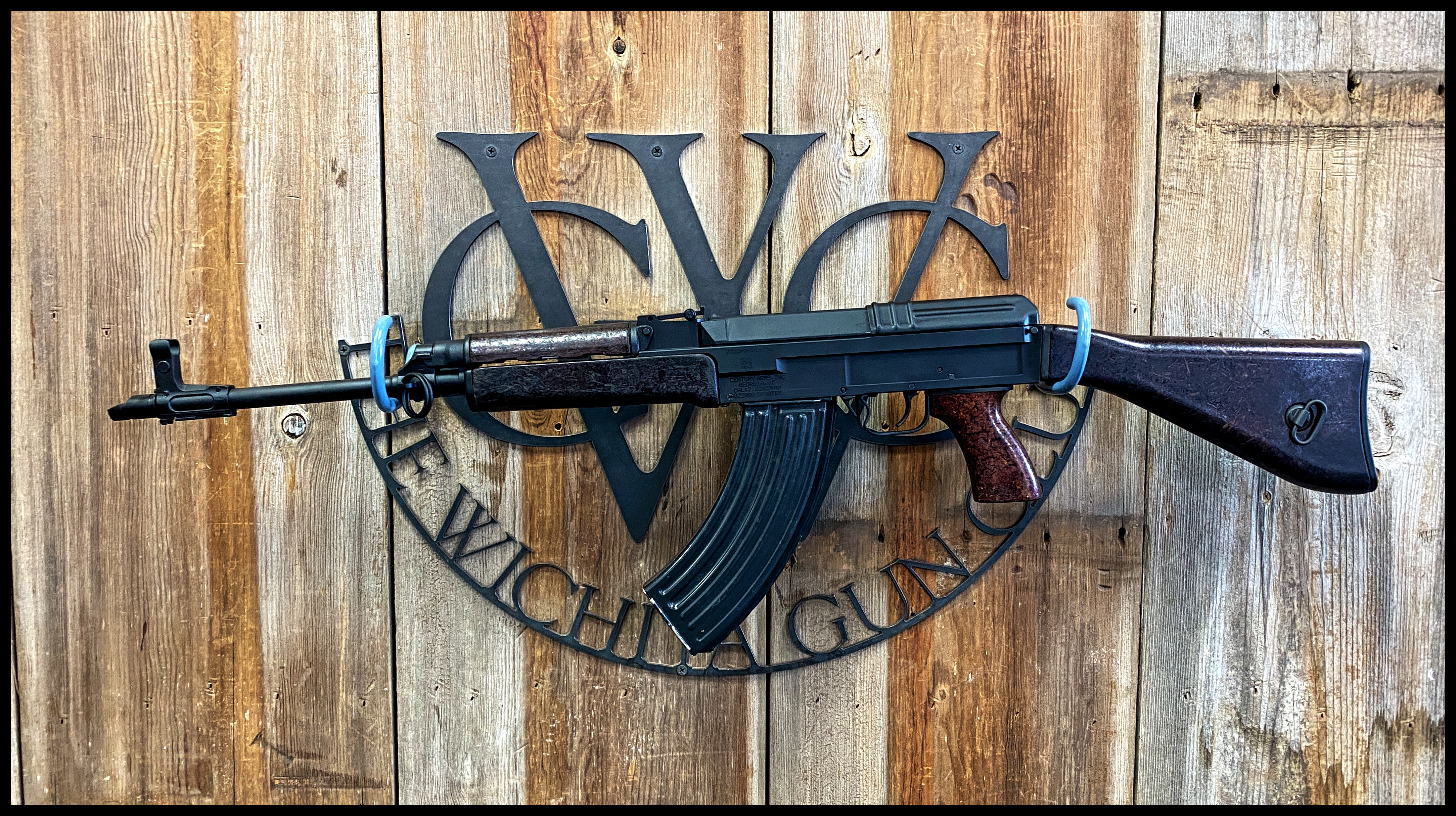 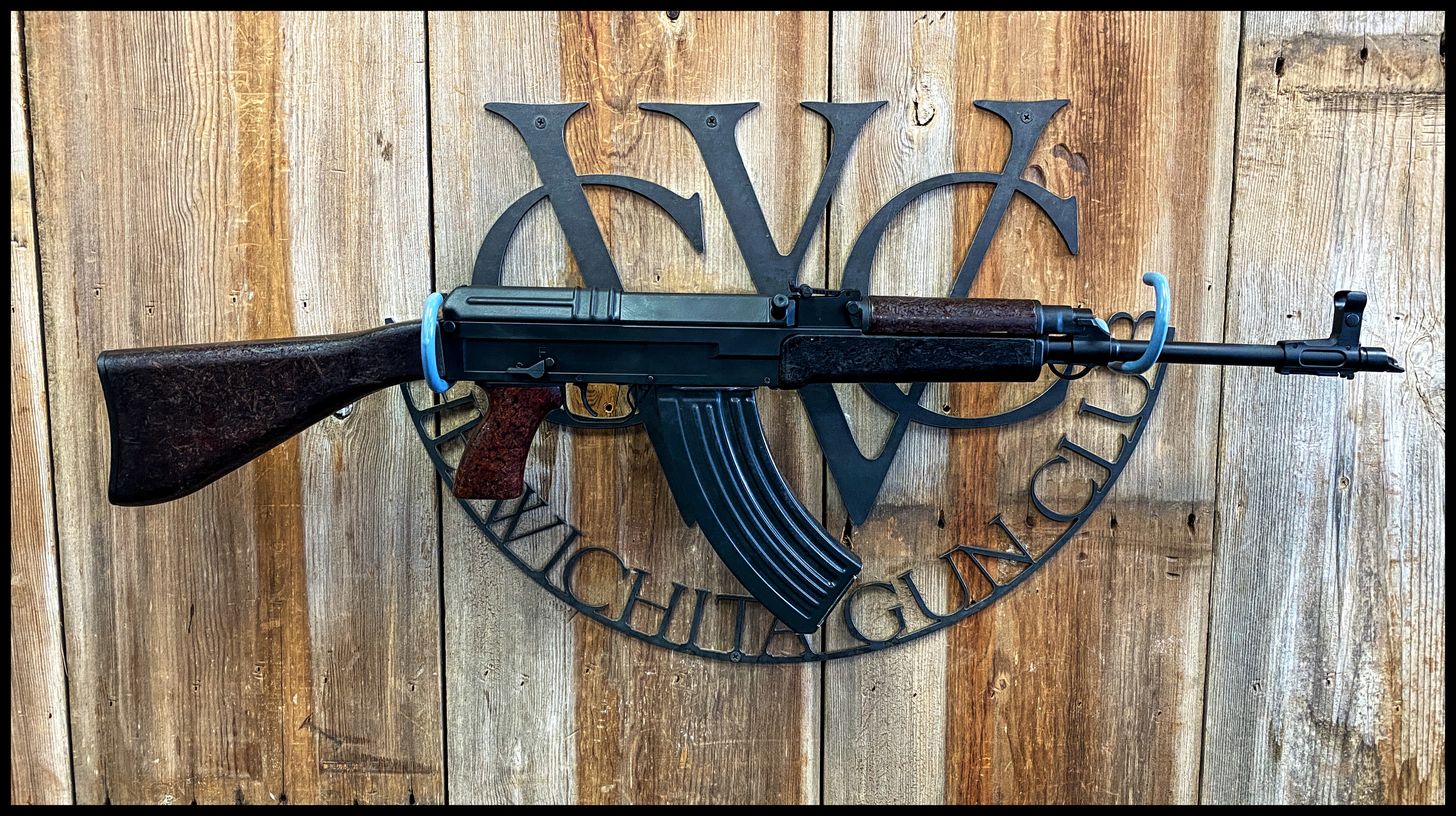 VZ 2008 Rifle Features
Caliber: 7.62x39 mm
Action: Gas operated, tilting breech block
Overall length: 913 mm / 35.94''
Barrel length: 410 mm / 16.14''
Weight: with empty magazine 3.32 kg / 7.32 lbs
Magazine capacity: 30 rounds Comes with (x2) 30 round mags & mag pouch!
Sights: 100 to 800 meter adjustable rear, hooded front
Stock: Wood-impregnated plastic
UPC: 787450594333
Manufacturer: Century Arms
These VZ2008 Rifles from Century Arms are a great deal to get into a military style VZ rifle with a great look. We have not seen these in a very long time and are excited to have them available again! Milled receiver and traditional Wood-impregnated stock set give it that original classic style and feel we all like with the VZ Rifle series!

The Sa vz. 58 was developed by Ing. Jiri Cermak in 1956 and 1957, adopted by the Czechoslovakian army in 1958. and was produced by Ceska Zbrojovka in Uhersky Brod, Czechoslovakia until 1983. Approximately one million Sa vz. 58 rifles were produced during it's 20 year production run. As of 2007, it is still the standard issue service rifle in both the Czech Republic and Slovakia.

While the appearance of the VZ 58 looks similar to the AK-47, it was inspired by the German STG 44 and initial development was actually based on the 7.92 x 33. Mechanically, the VZ 58 is completely different from the AK-47, and no parts including magazines are interchangeable. Stock Set, Mag and Pouch are Surplus and will show character and usage. Main metal parts are all refinished and matching on rifle. Sorry no special request.

Differences between the VZ 58 Sporter and the AK-47

The VZ 58 has a milled receiver, the AK-47 is stamped.
Even with the milled receiver it is almost one pound lighter than a stamped AK-47.
The bolt of the VZ 58 stays open after the last round in the magazine has been fired.
The VZ 58 has a more natural point of aim and is faster handling.
The safety is more ergonomic making a faster first shot possible with the VZ 58.
The ejection port is HUGE. There is no chance of an empty case getting stuck in the action of the VZ 58.
The VZ 58 gas piston can be removed or exchanged without tools.
The alloy magazine of the VZ 58 is half the weight of the steel AK-47 magazine. (.42 lb. vs. .84 lb.)
VZ 58 is easier to field strip.
The VZ 58 is striker fired unlike the hammer fired AK-47. This reduces the number of parts and possible points of failure.