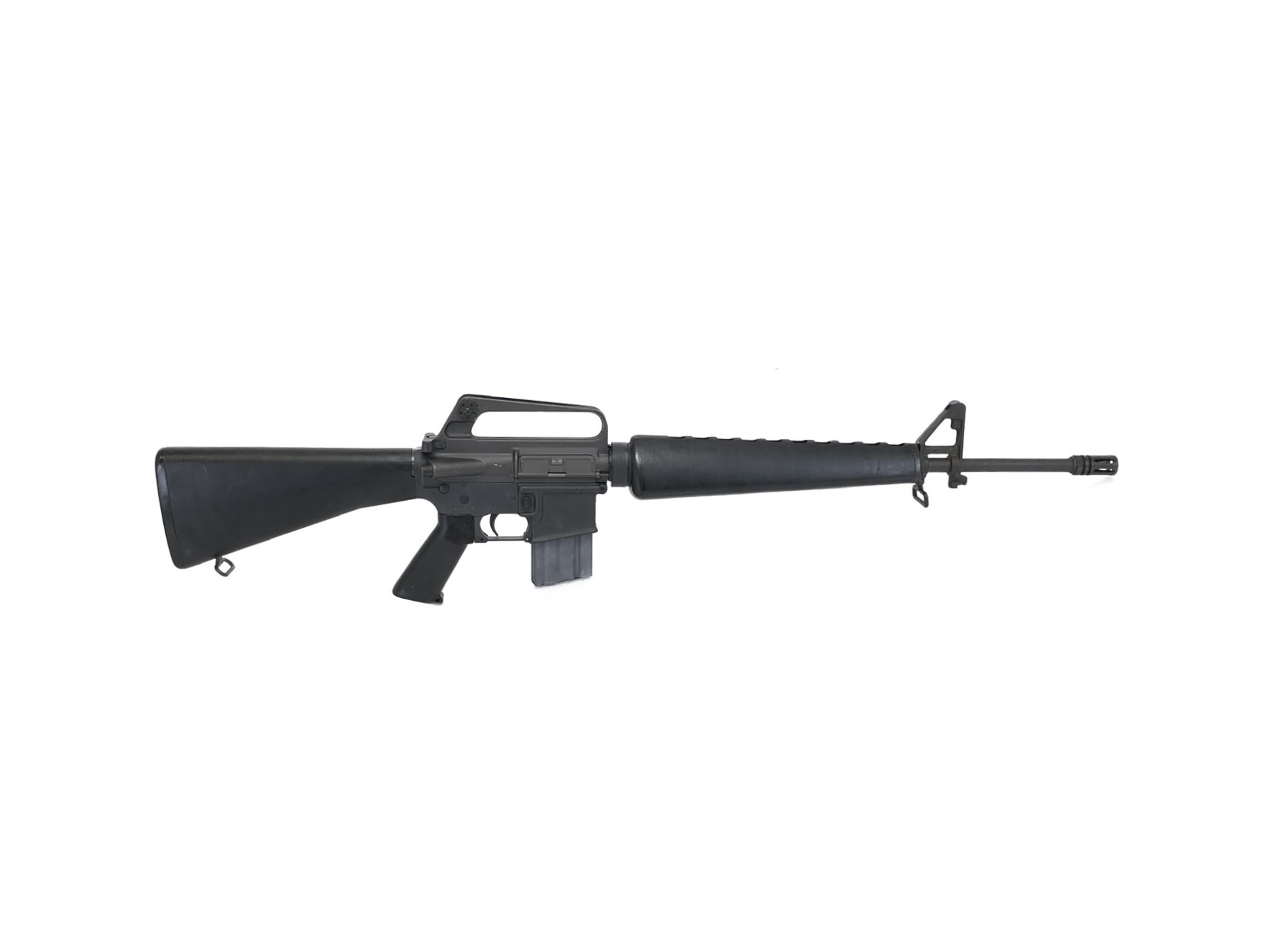 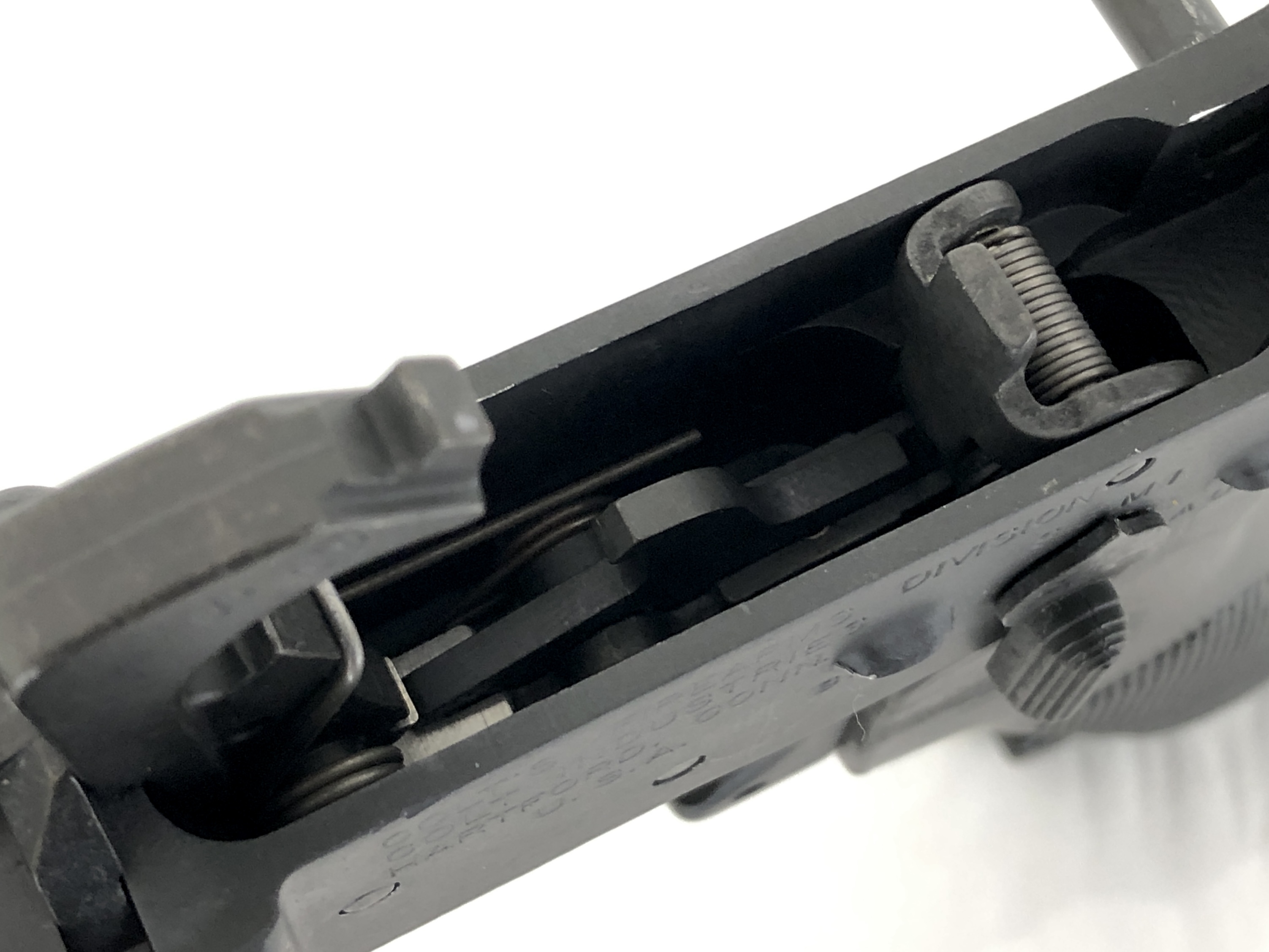 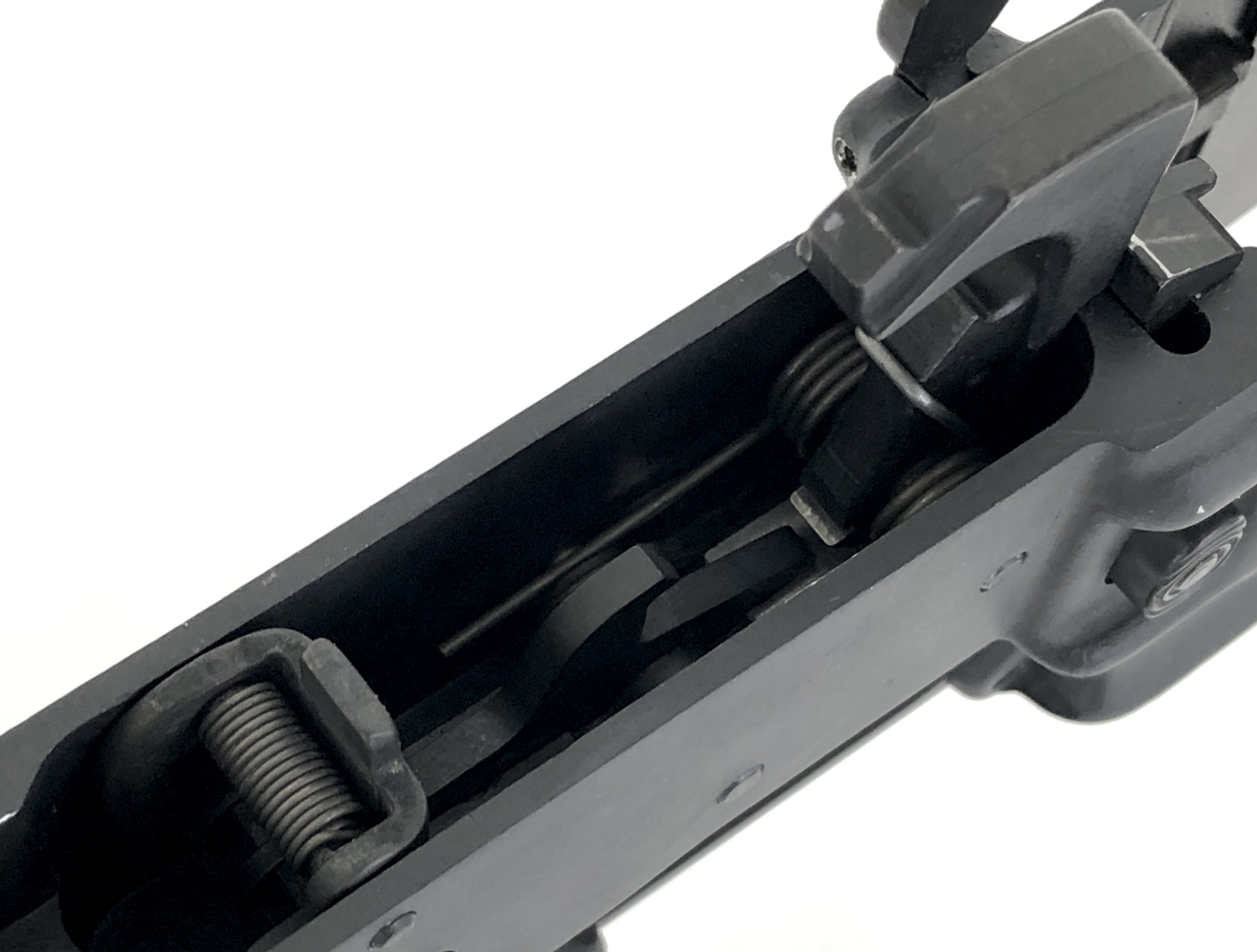 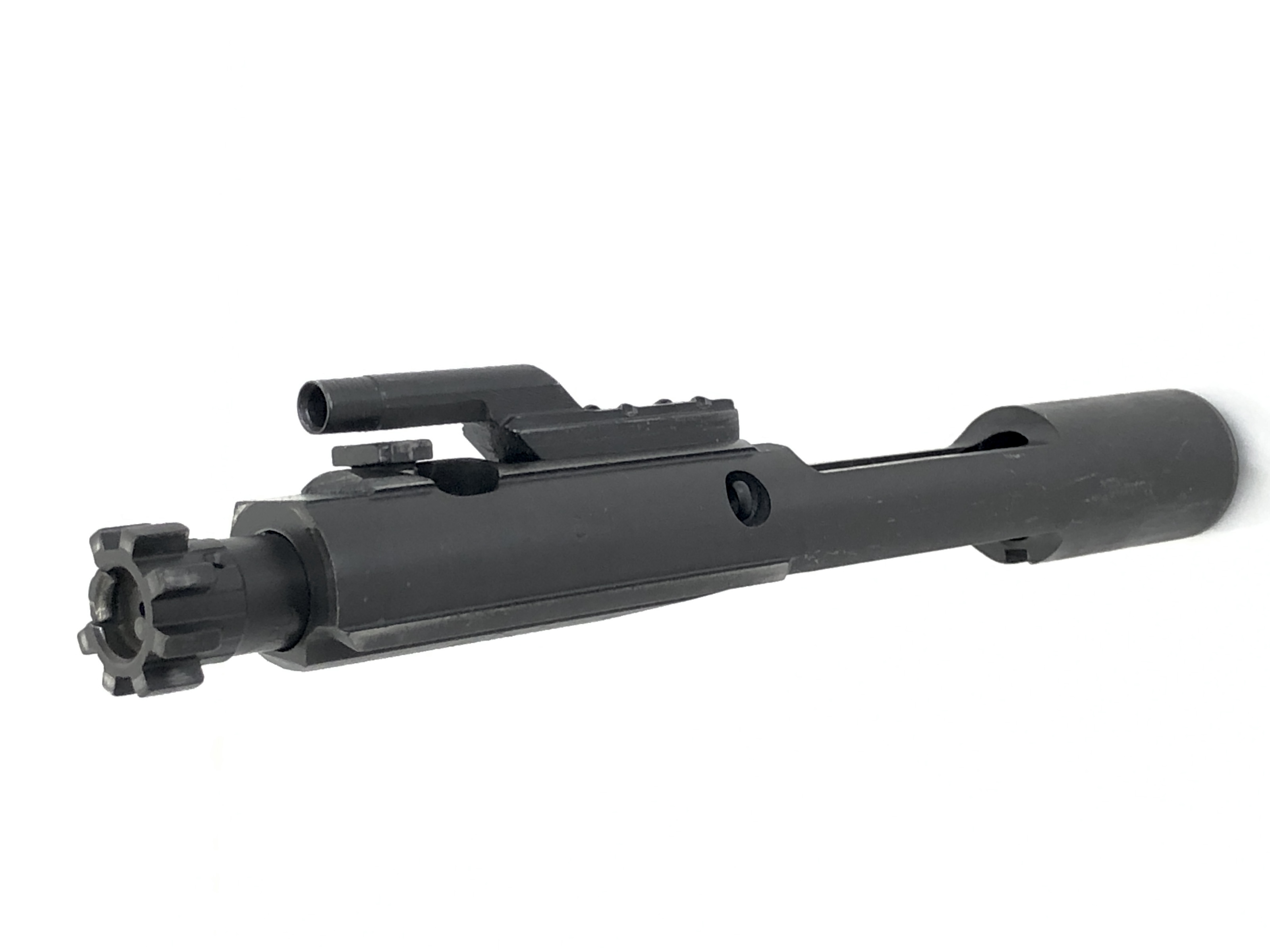 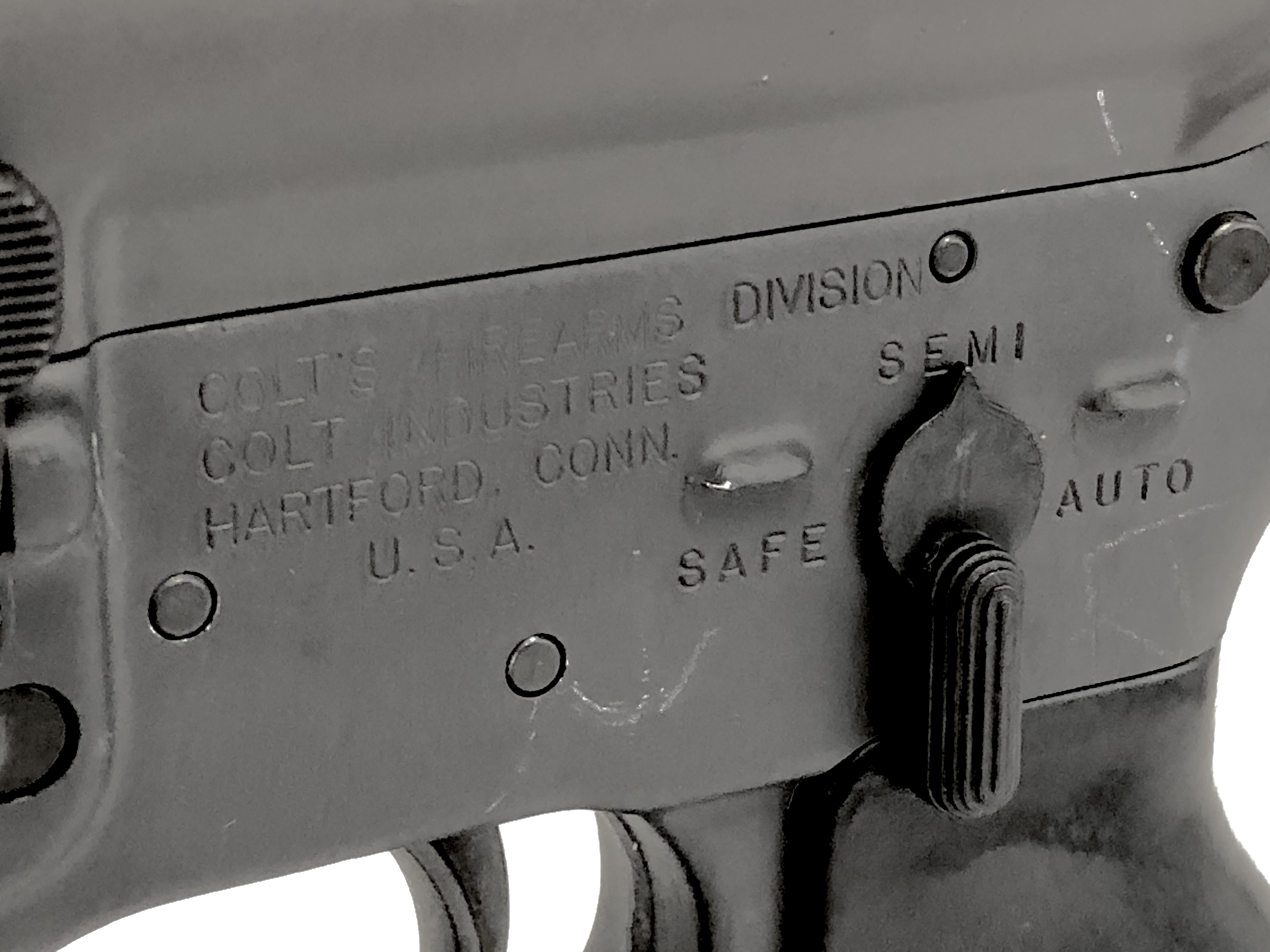 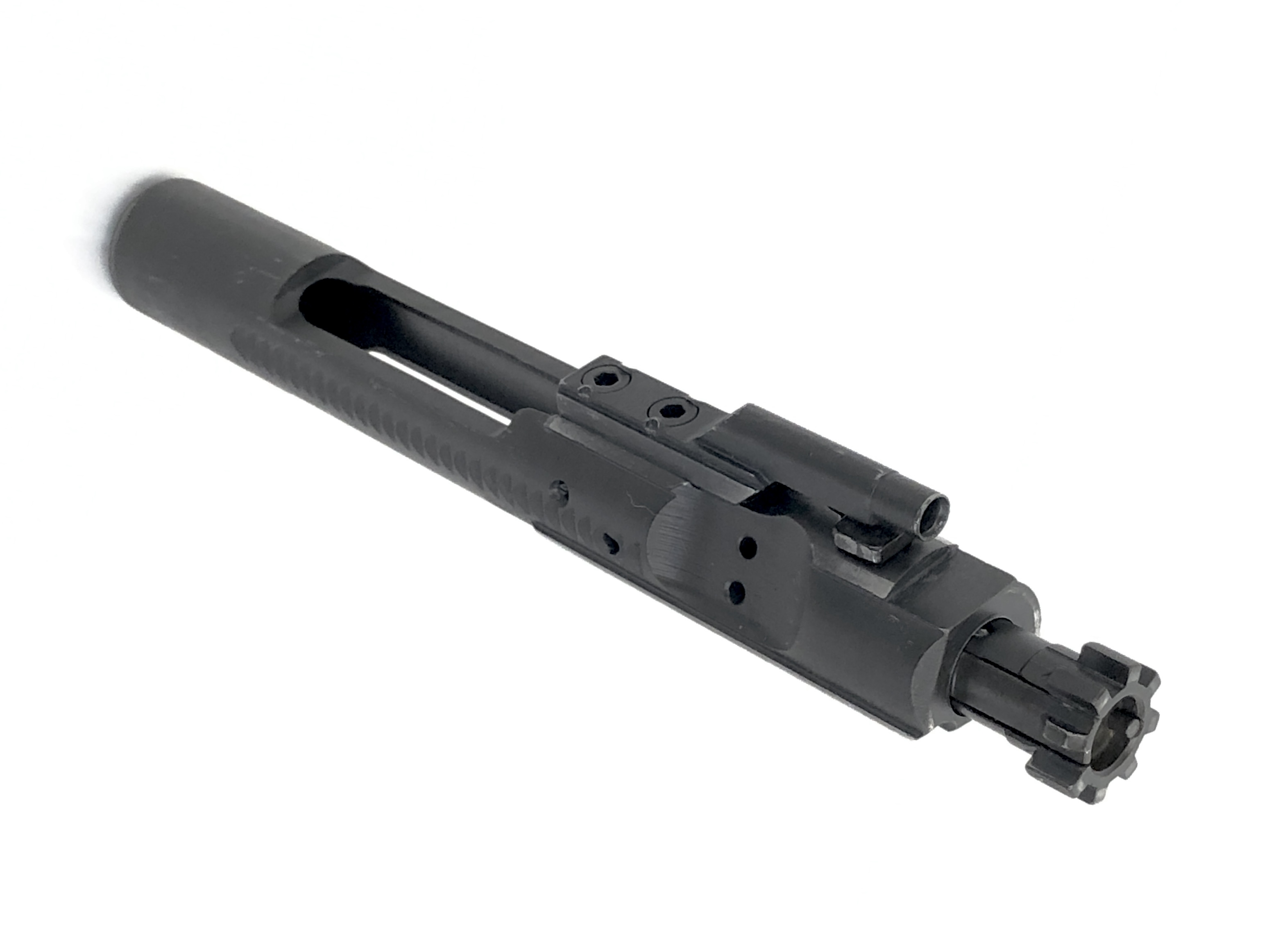 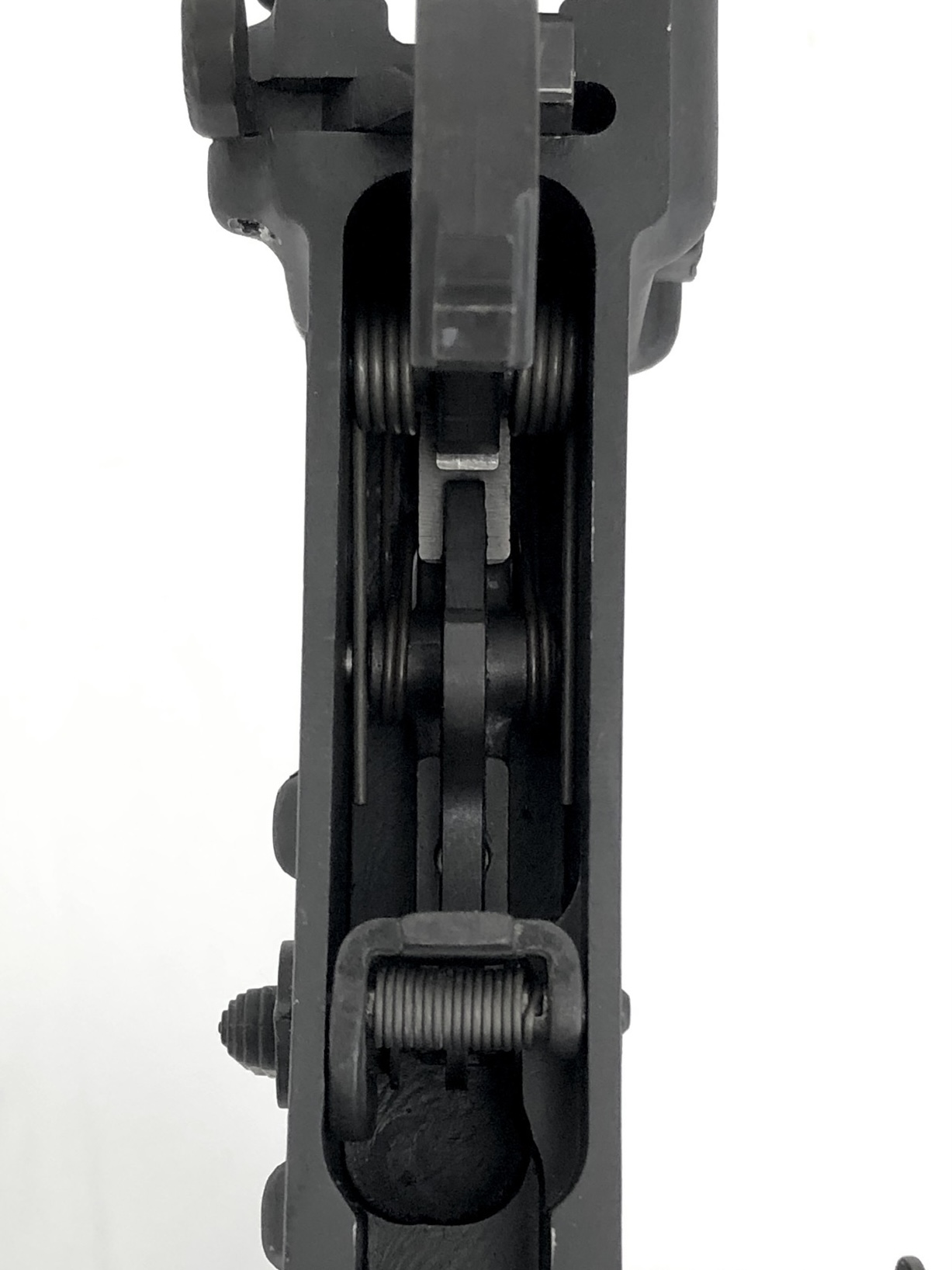 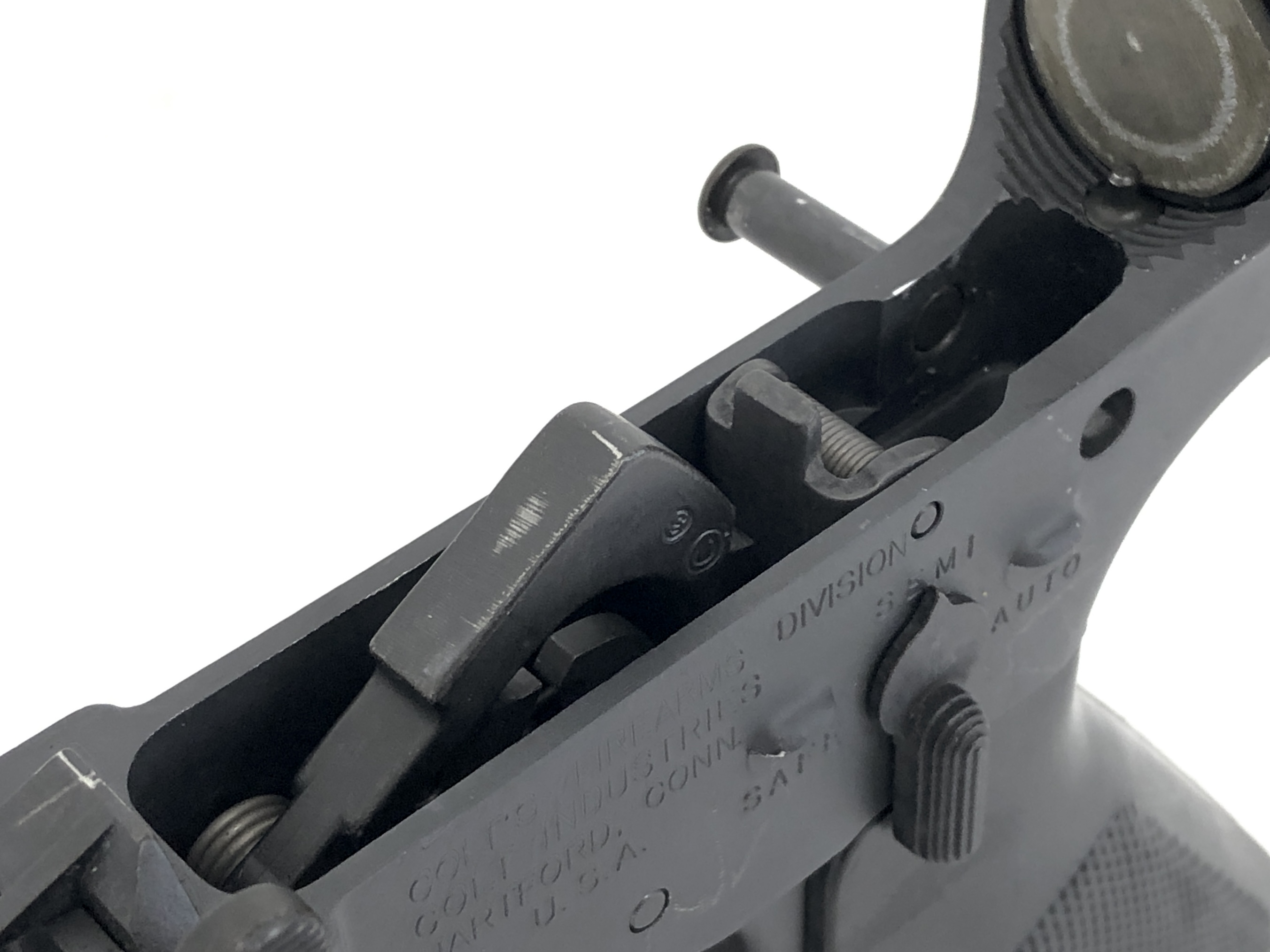 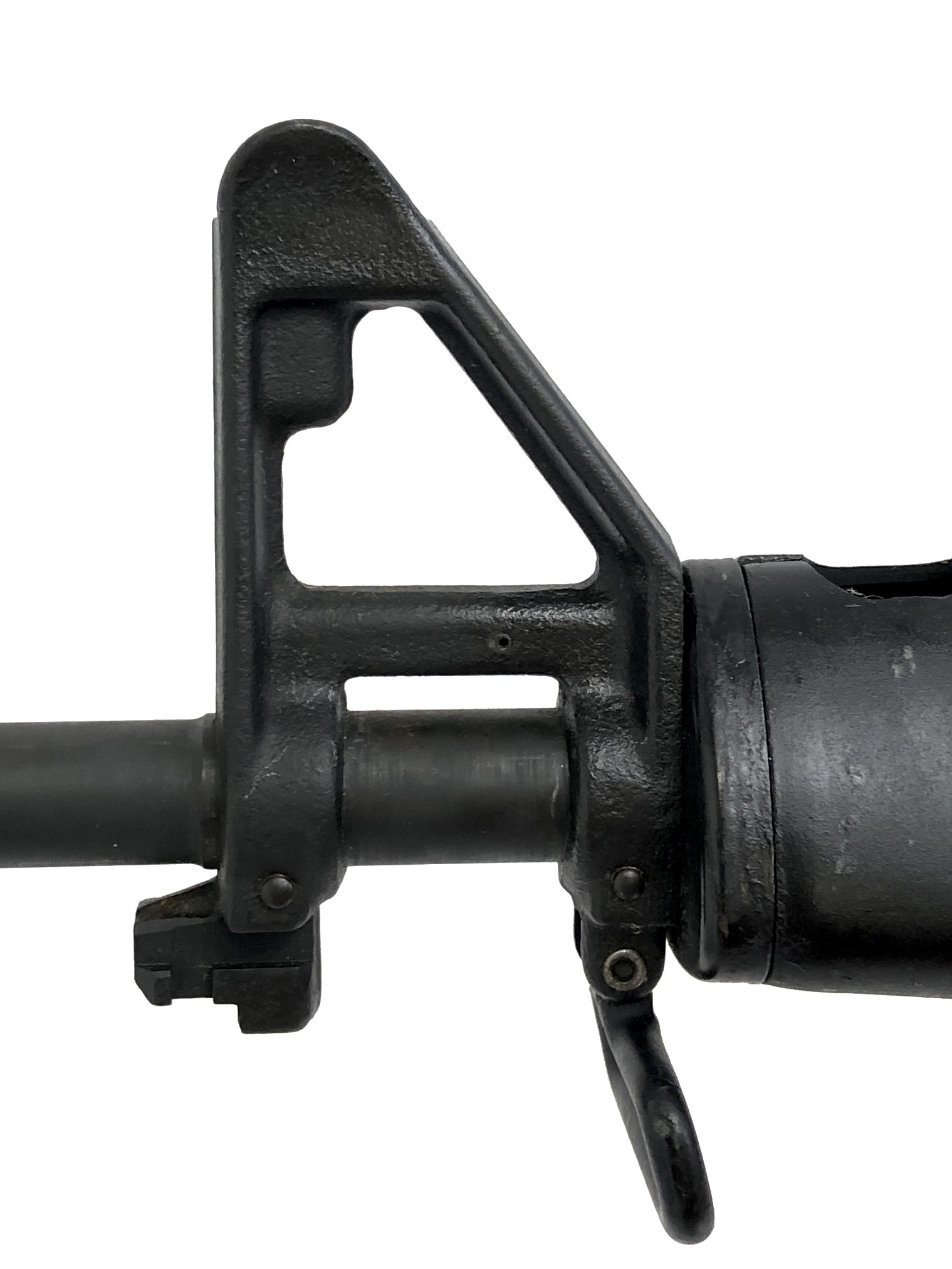 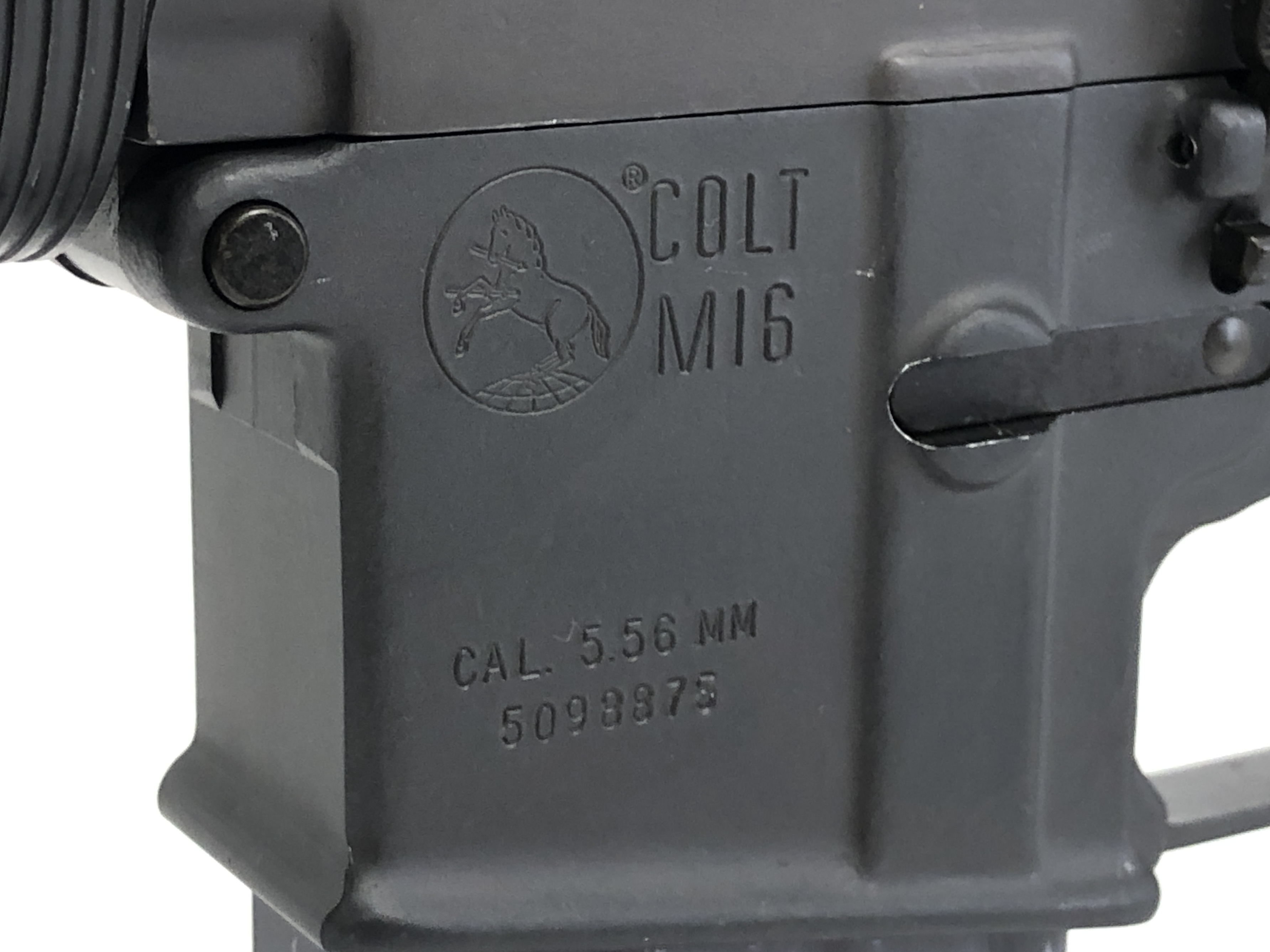 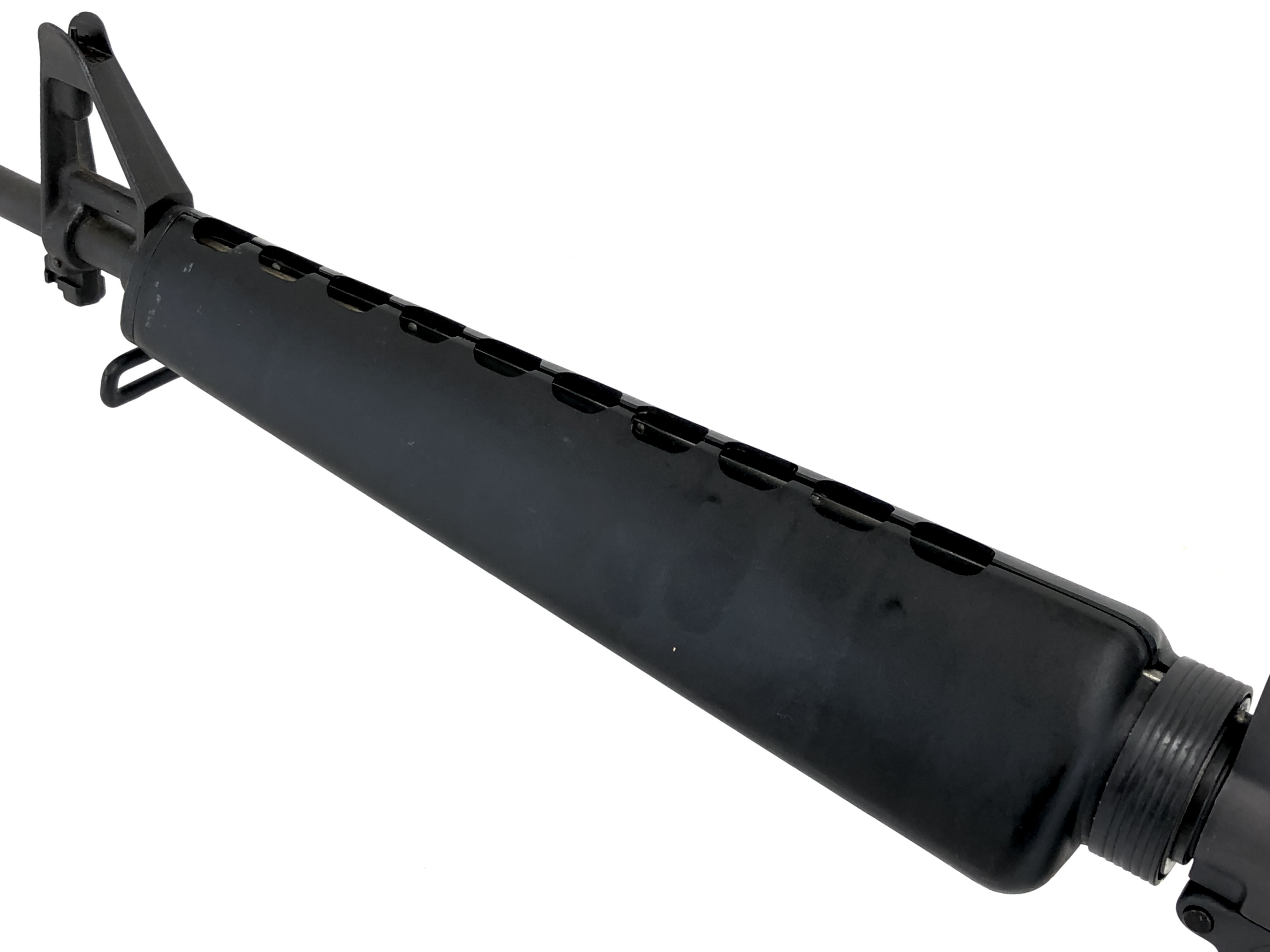 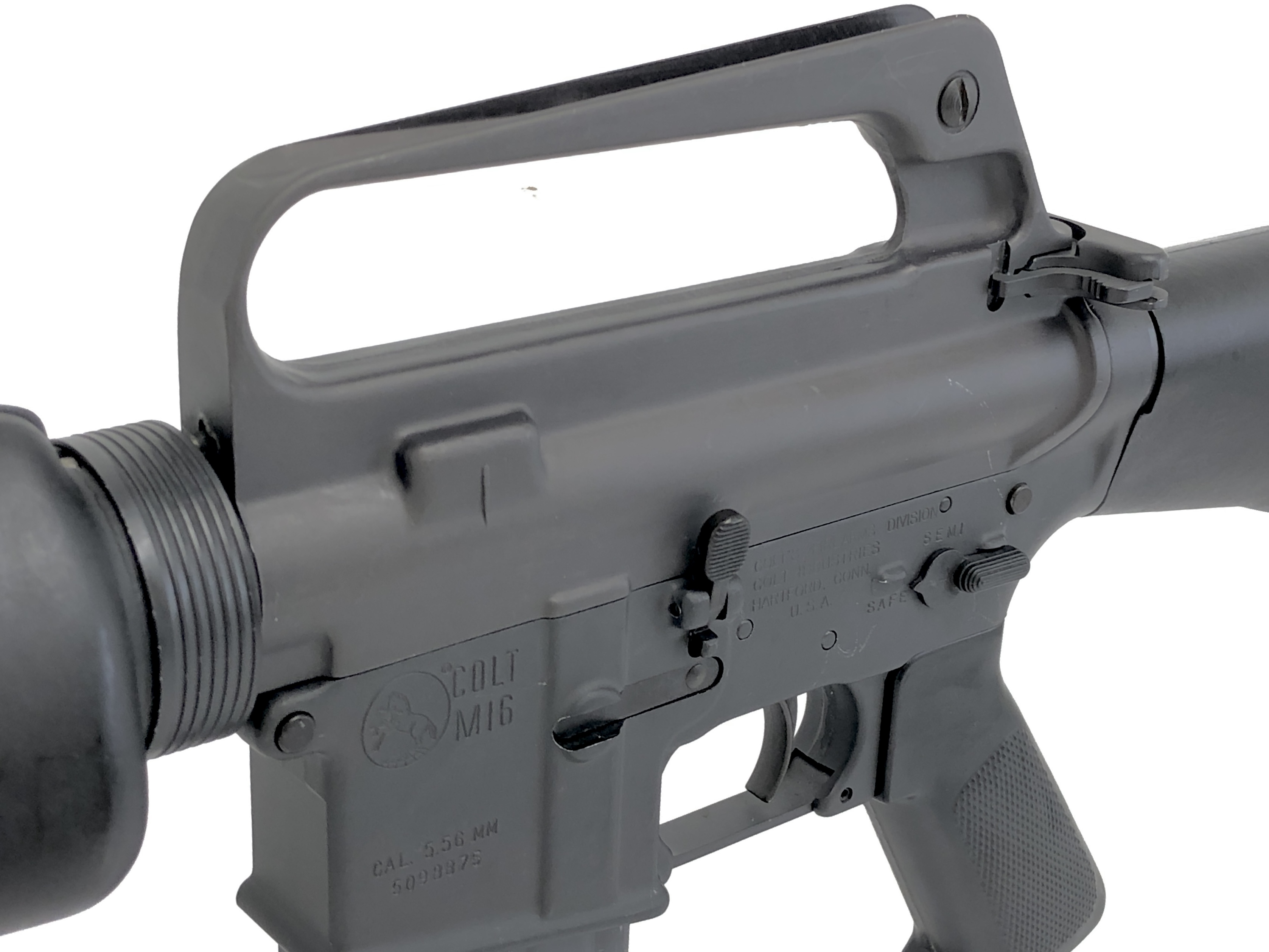 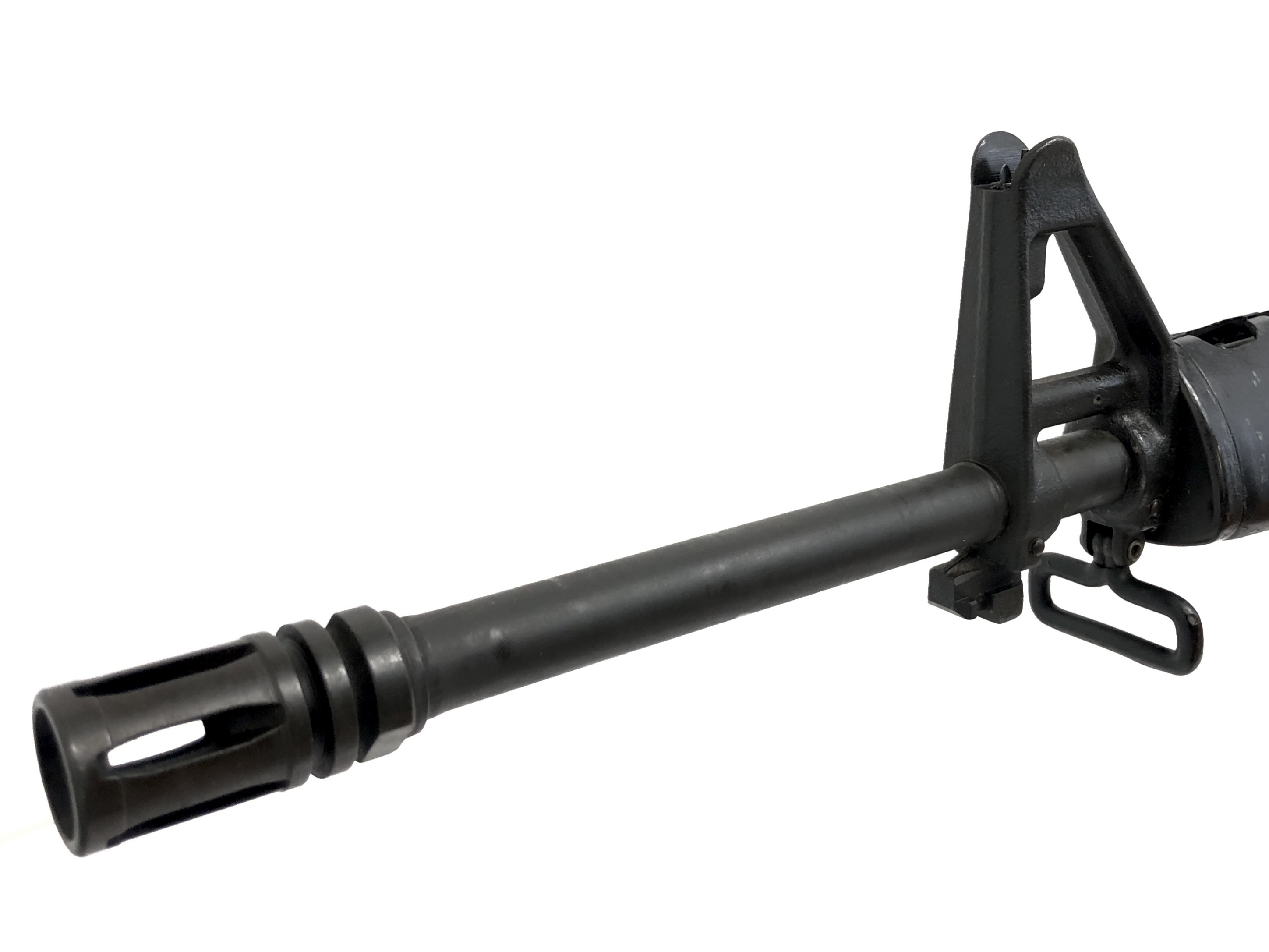 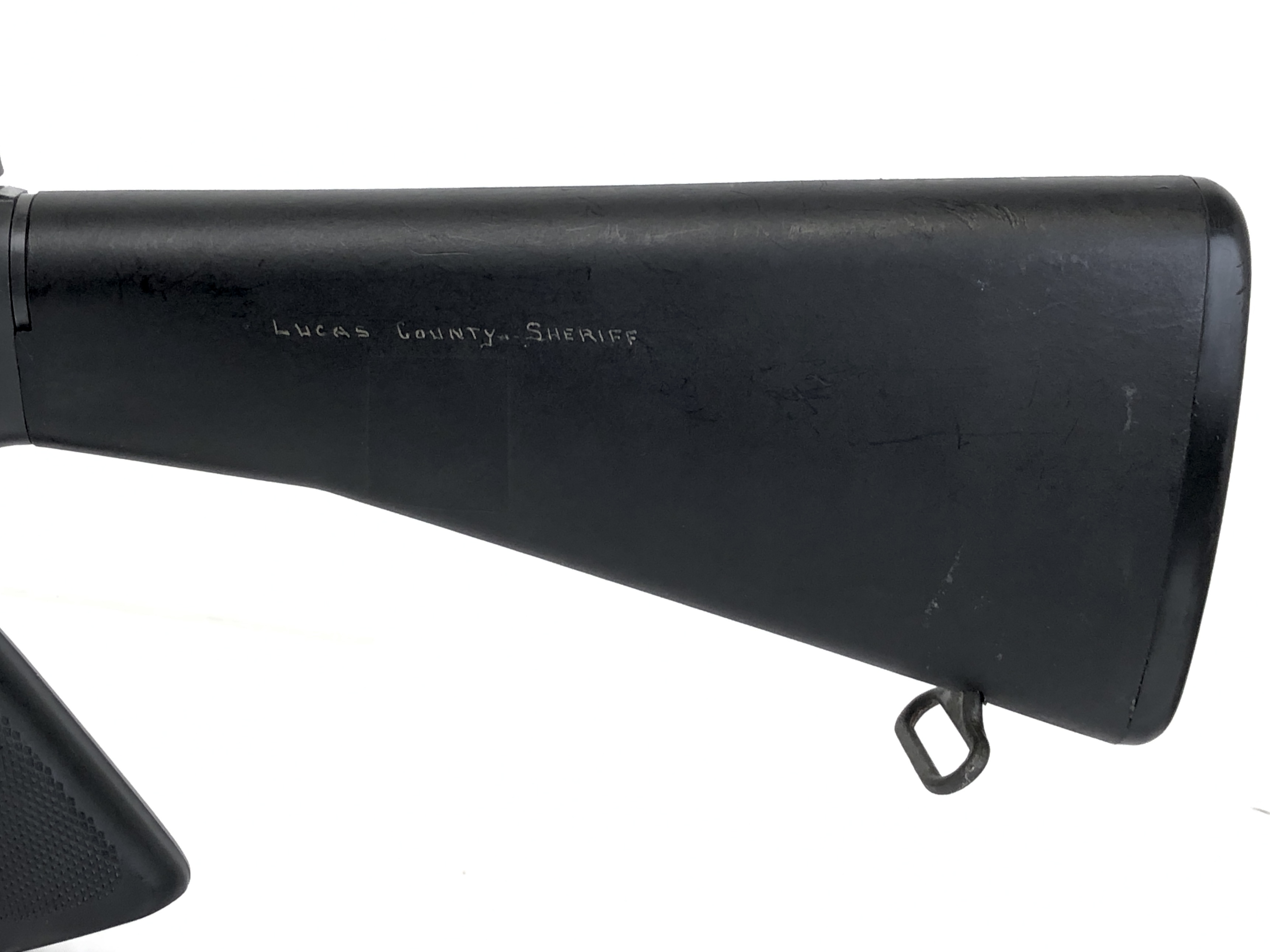 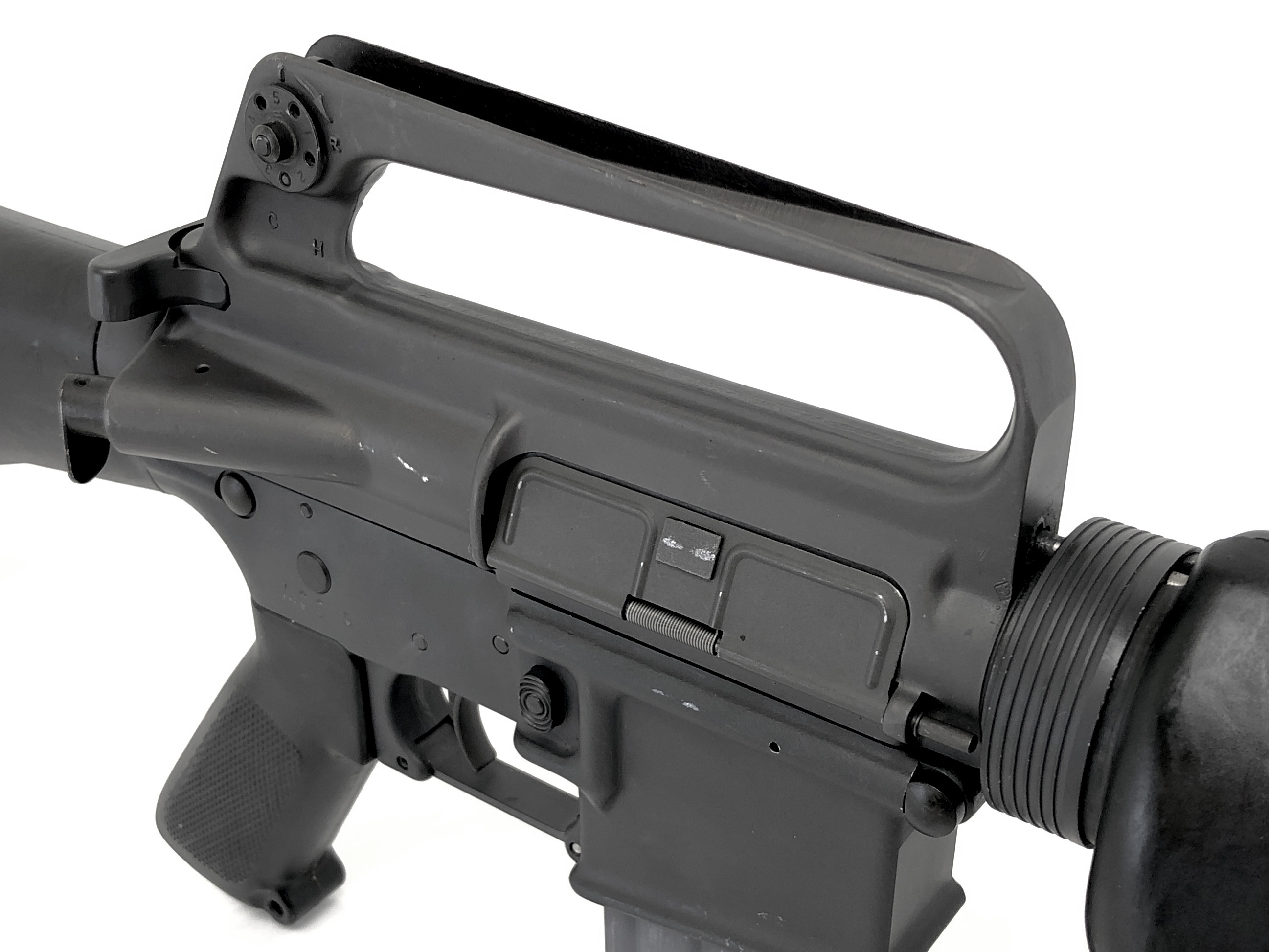 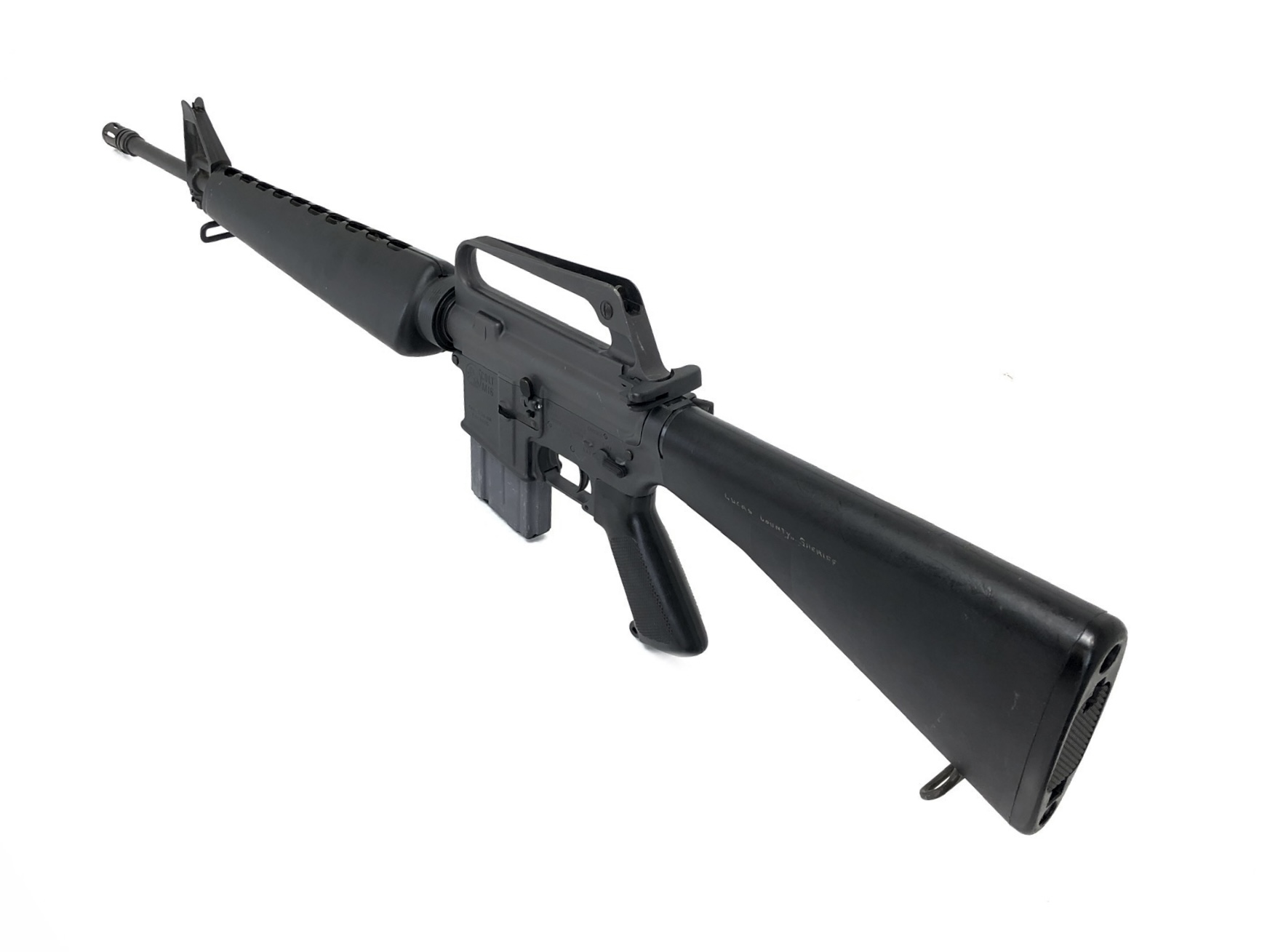 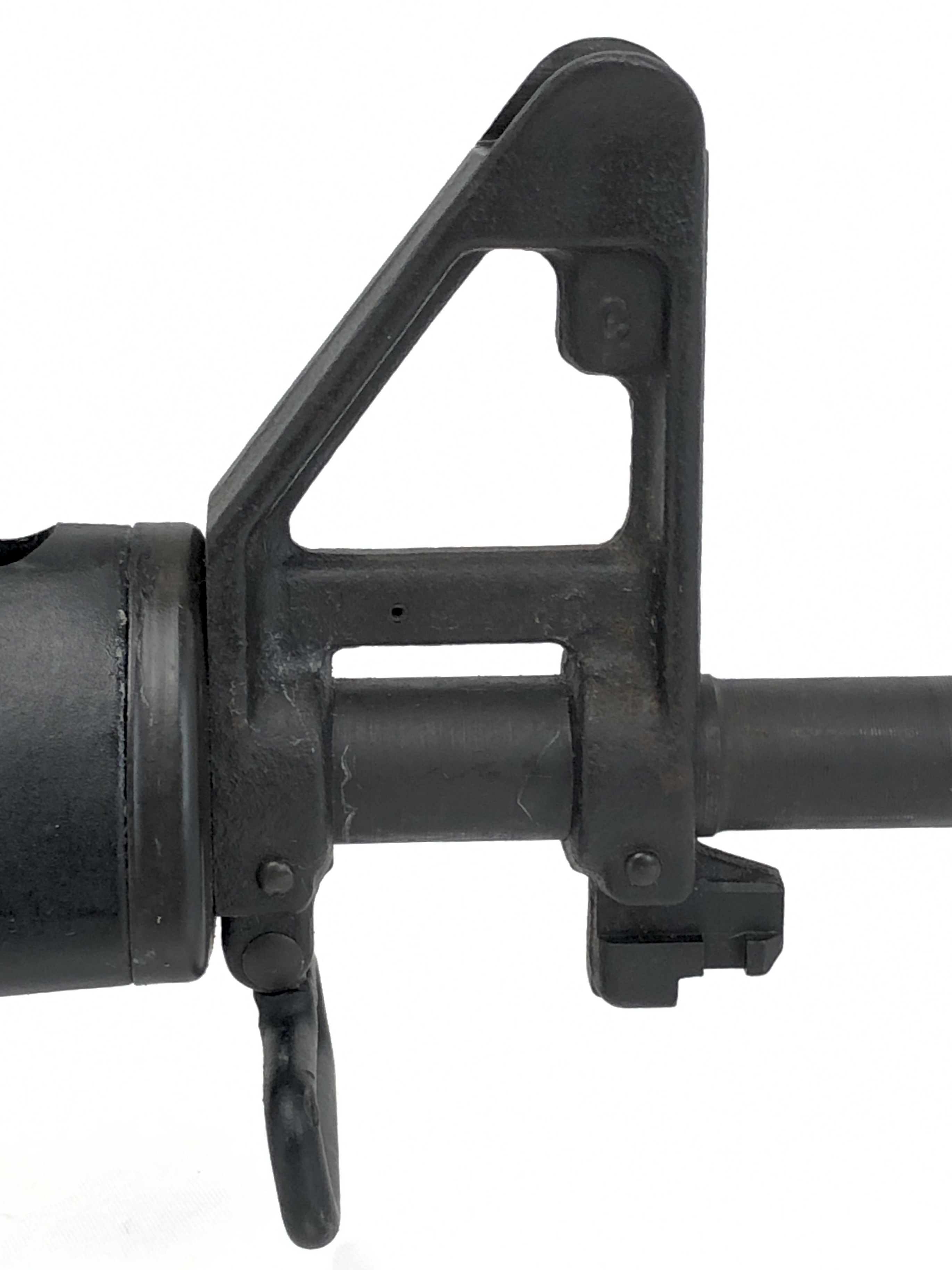 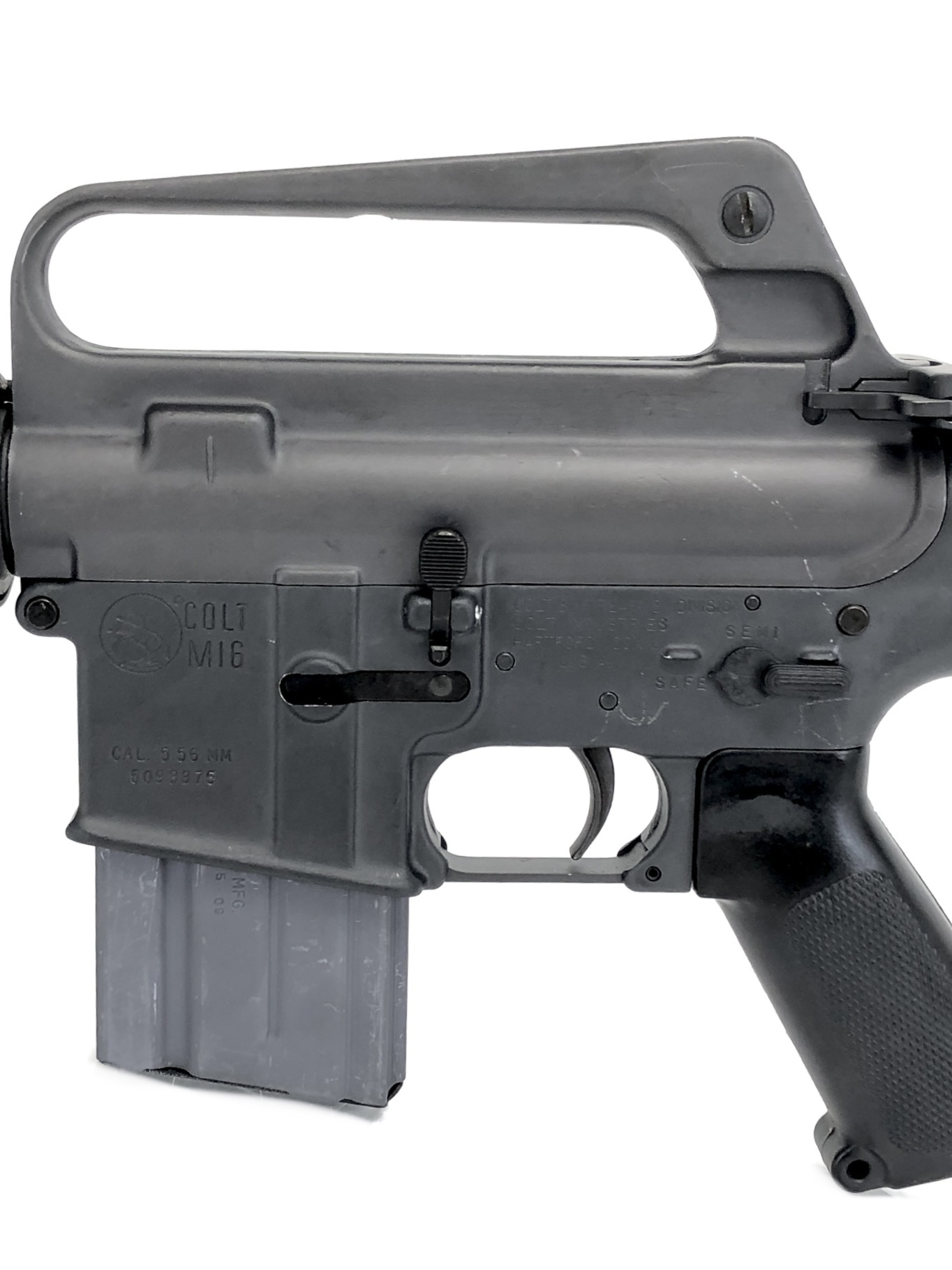 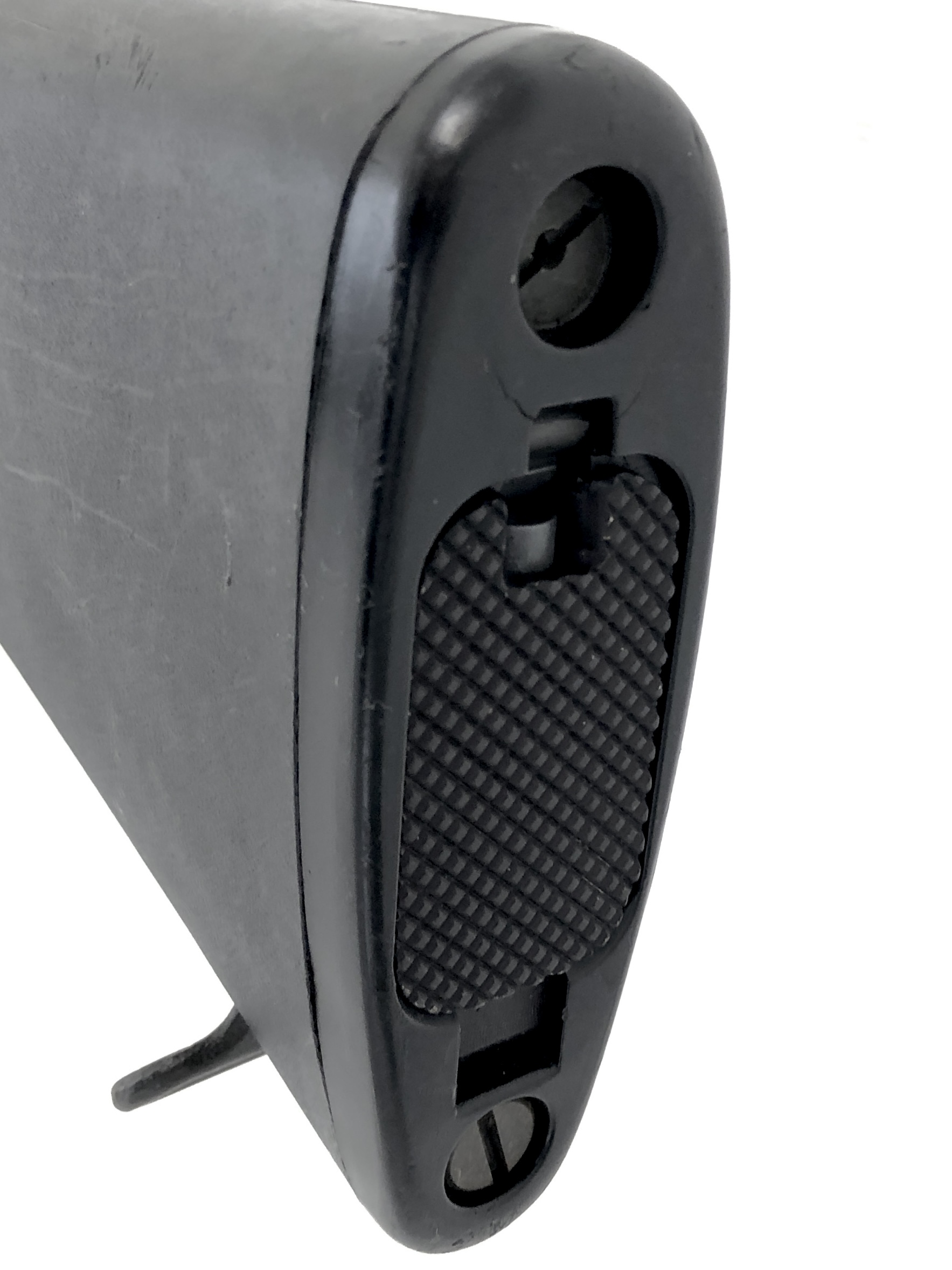 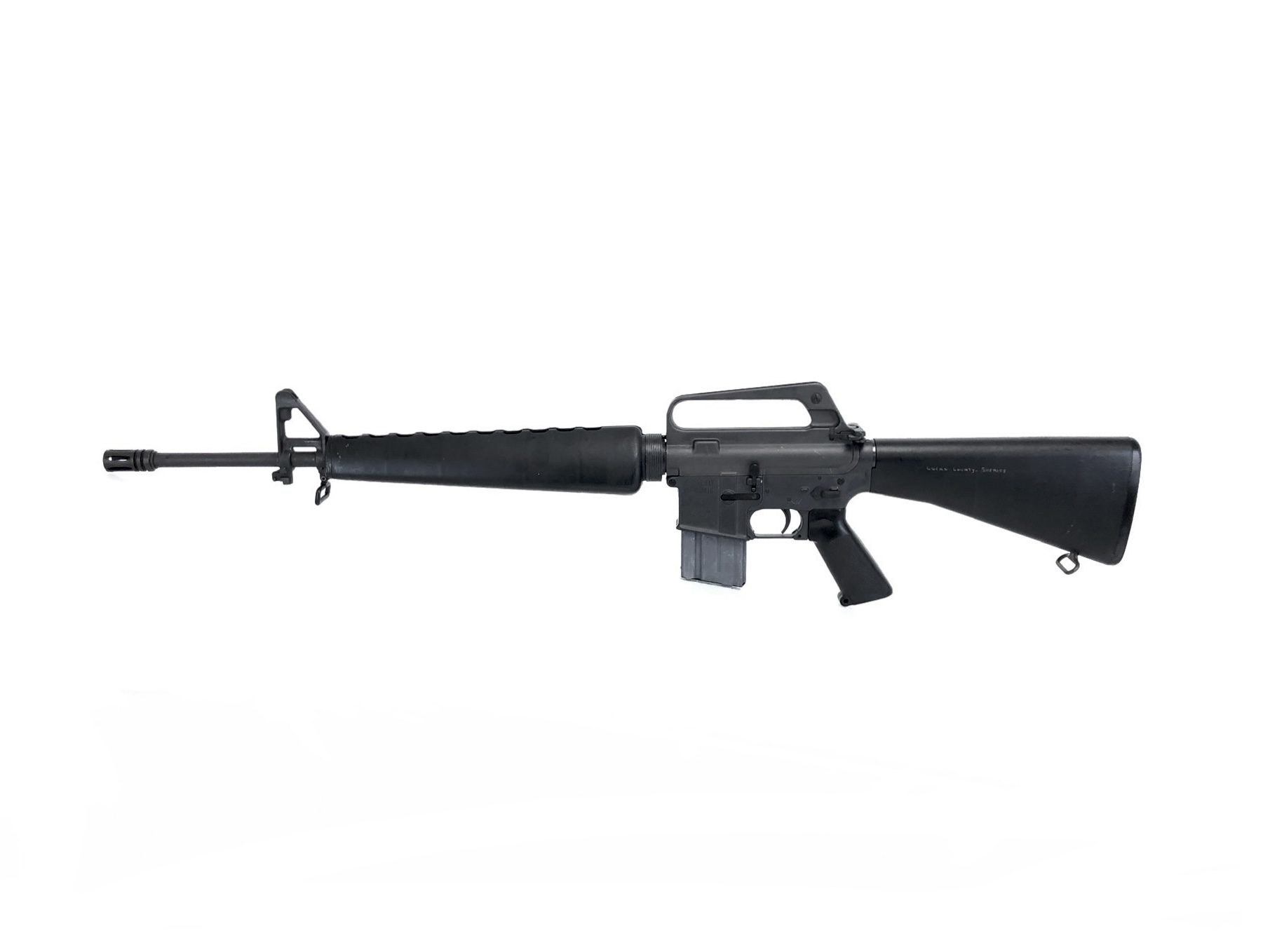 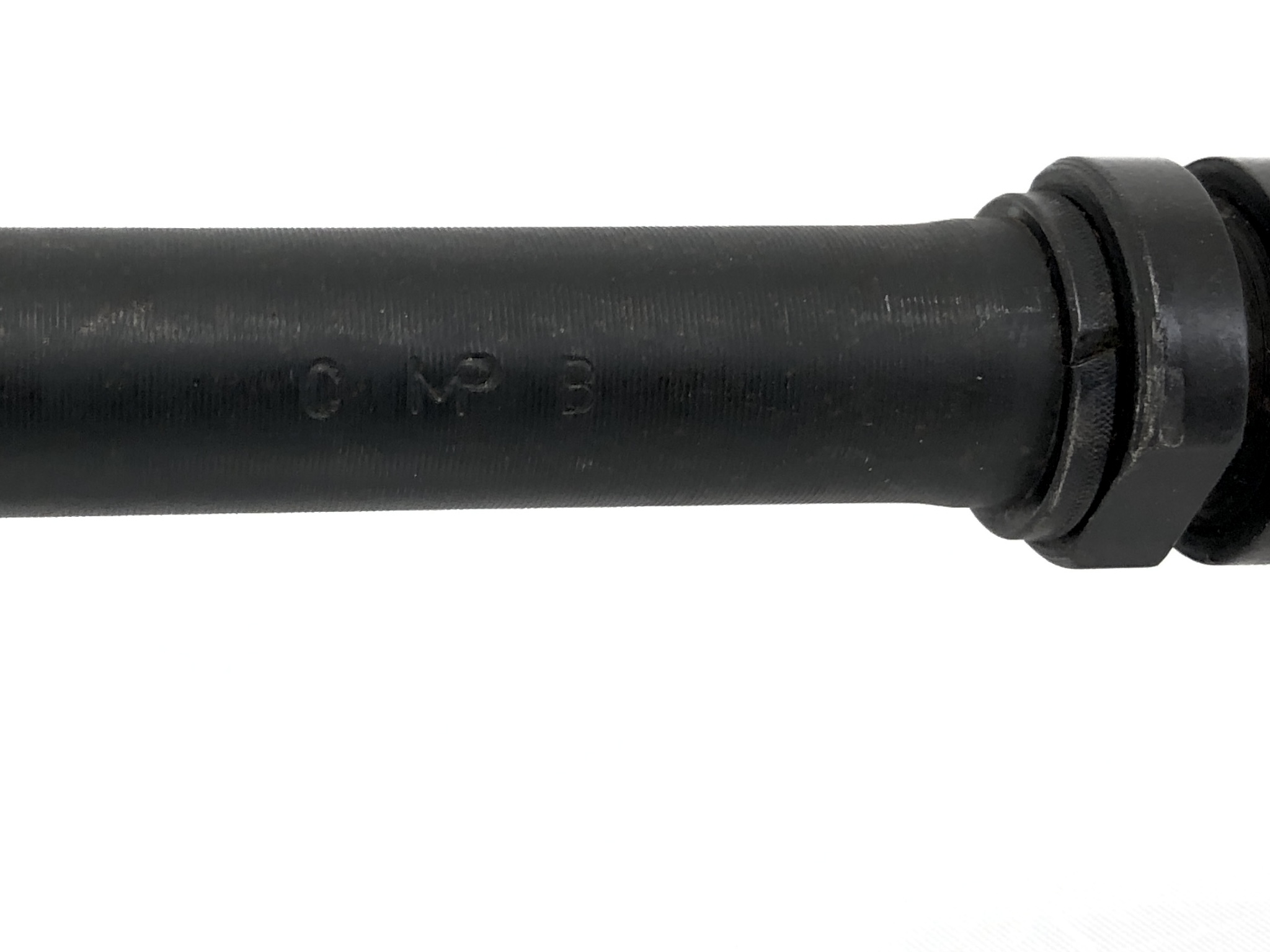 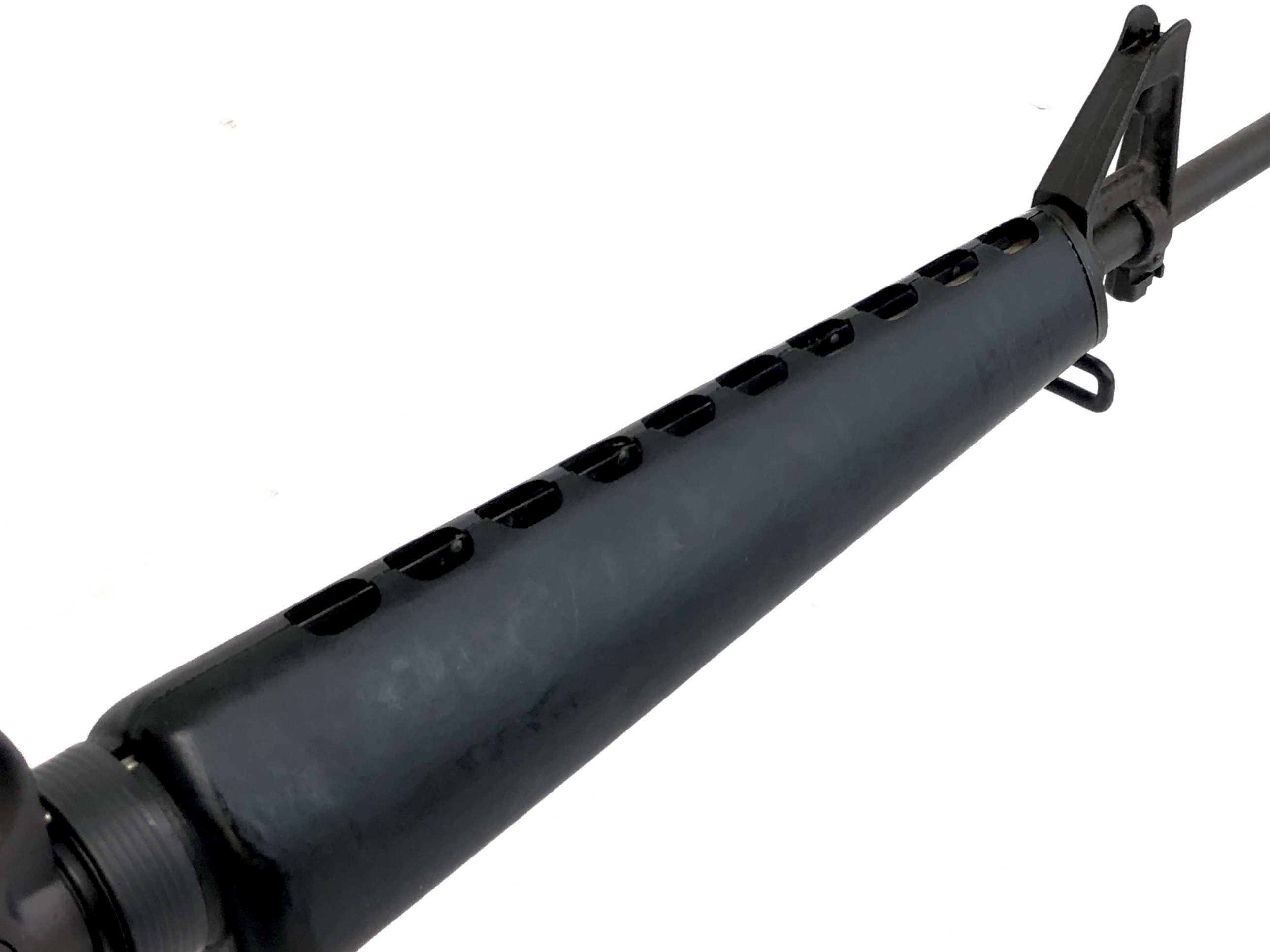 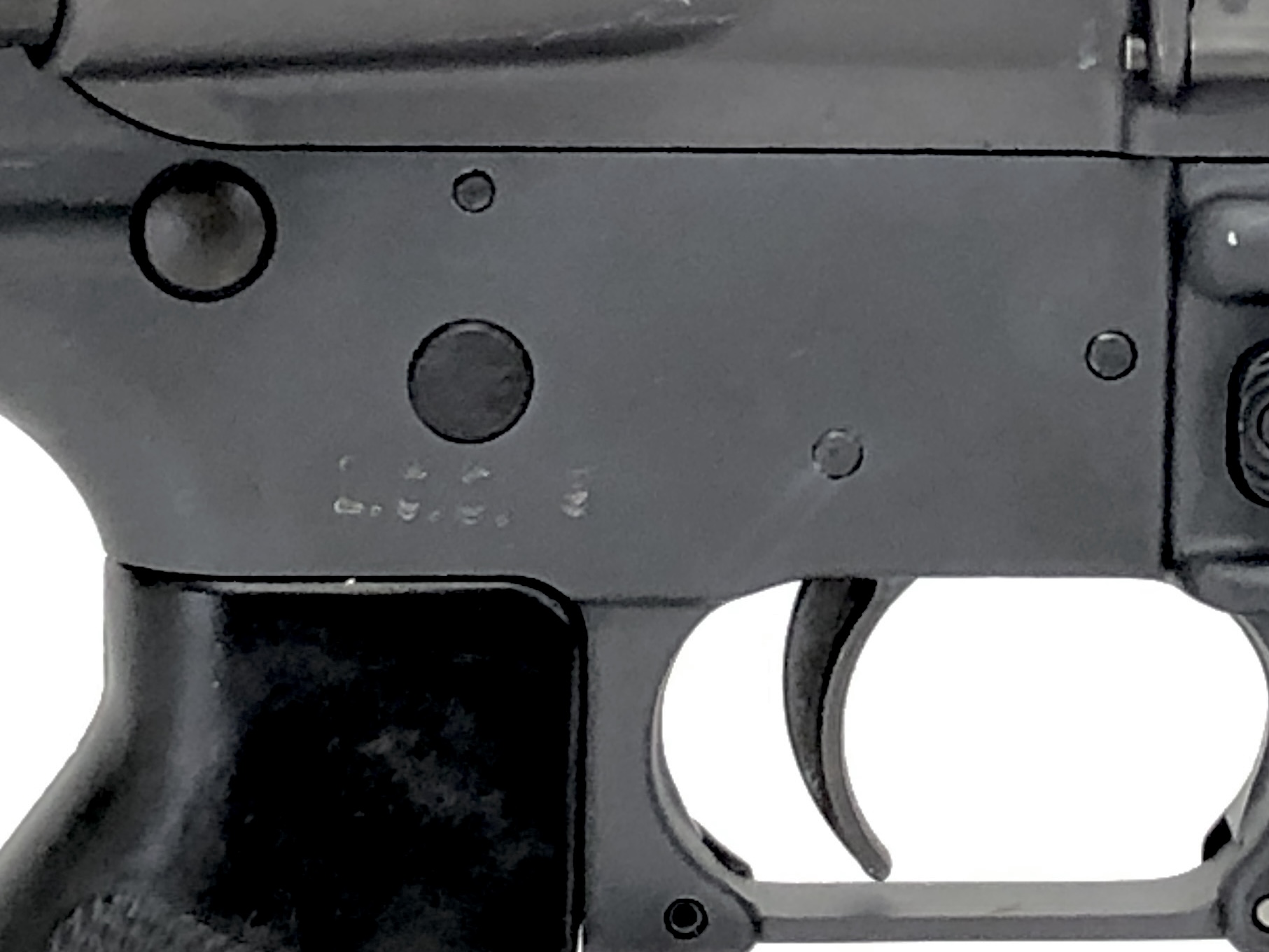 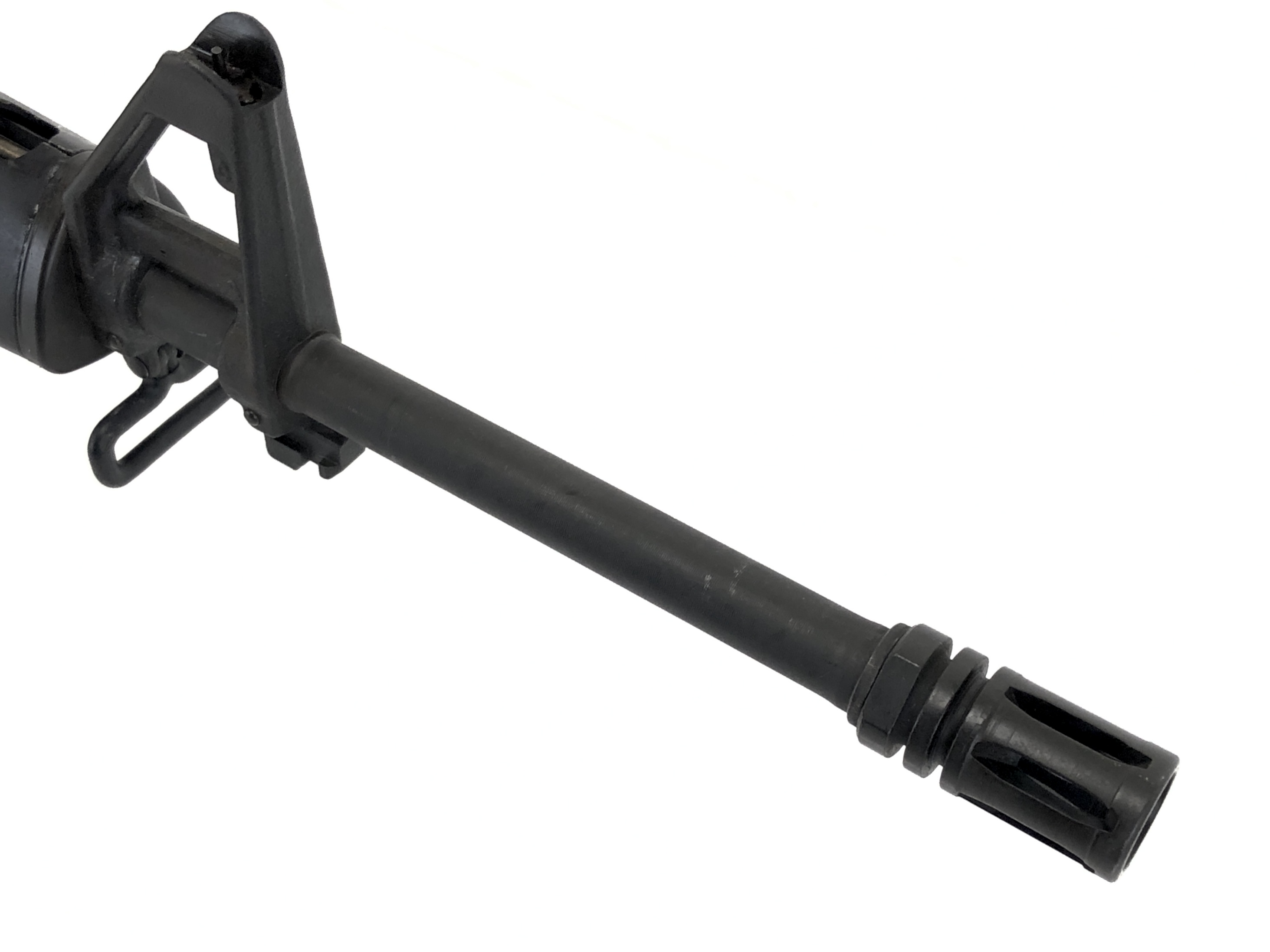 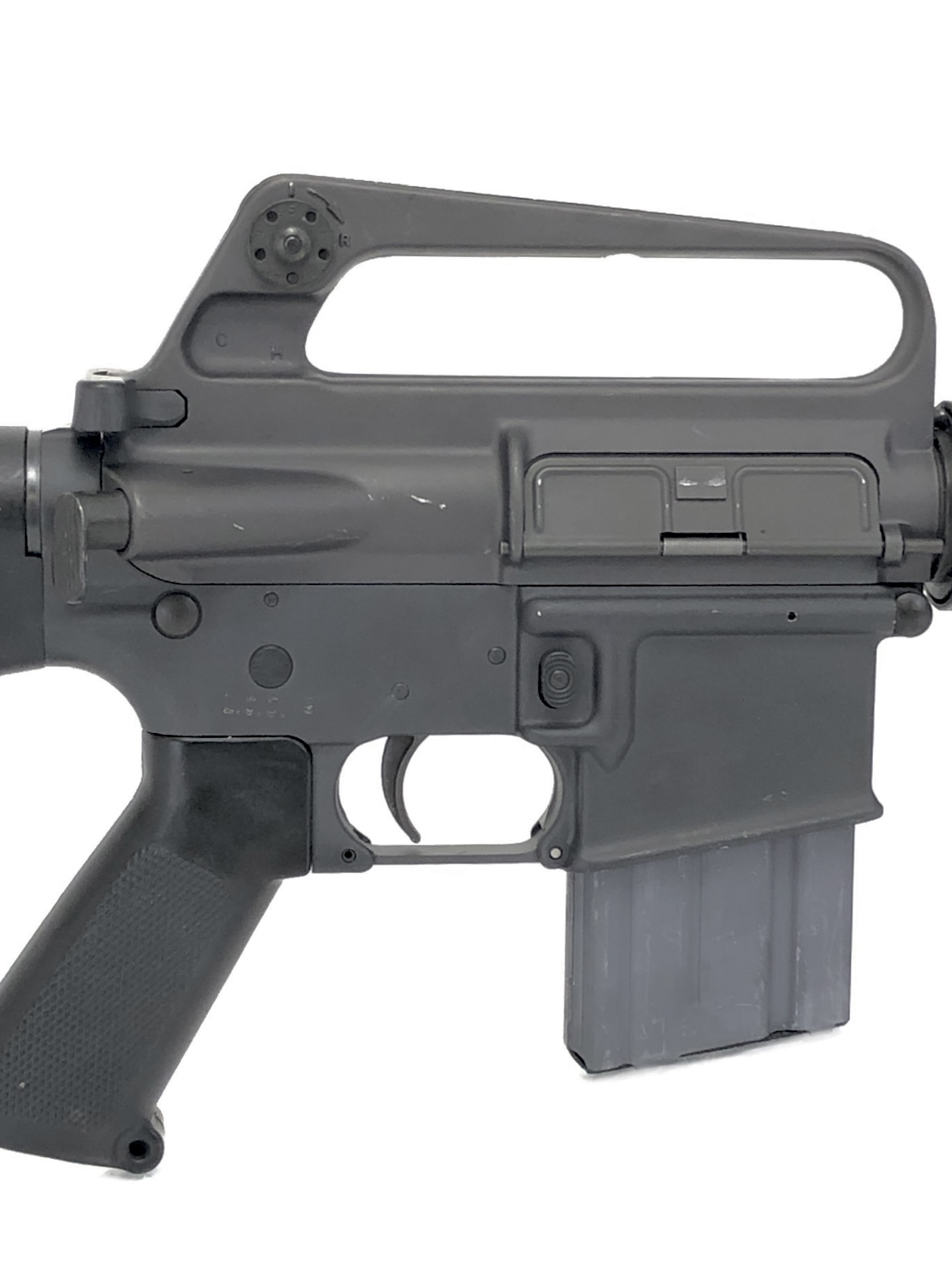 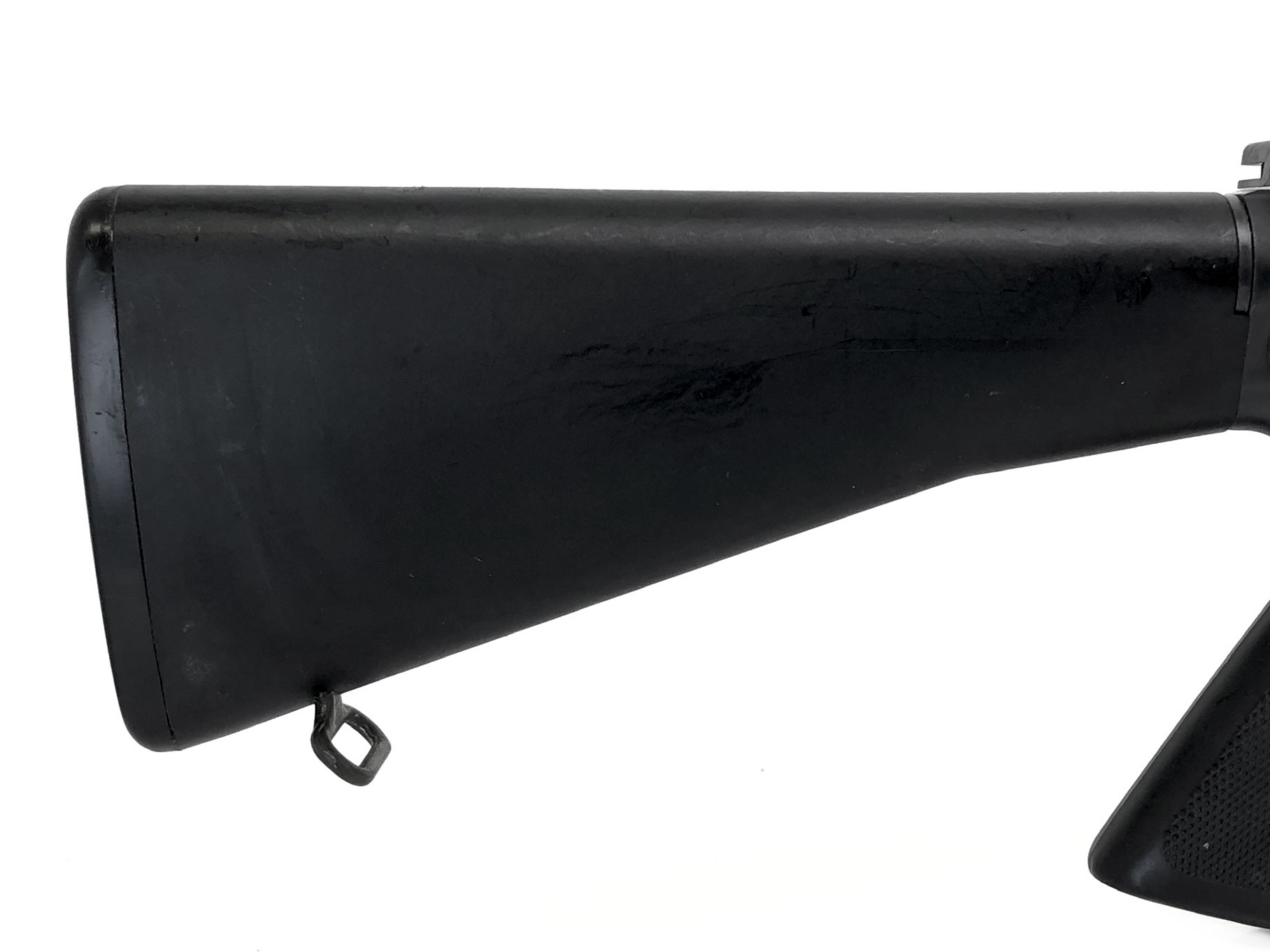 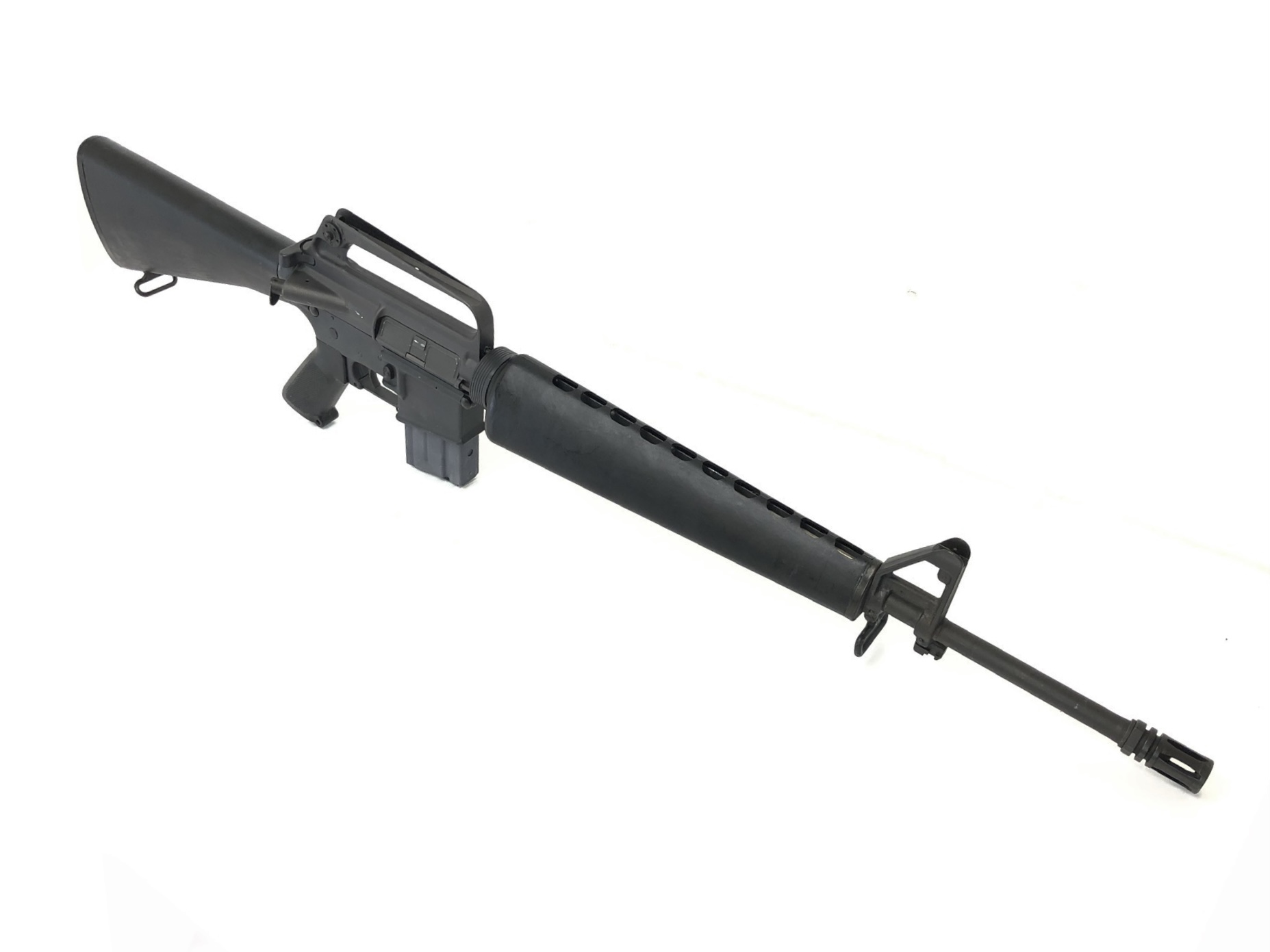 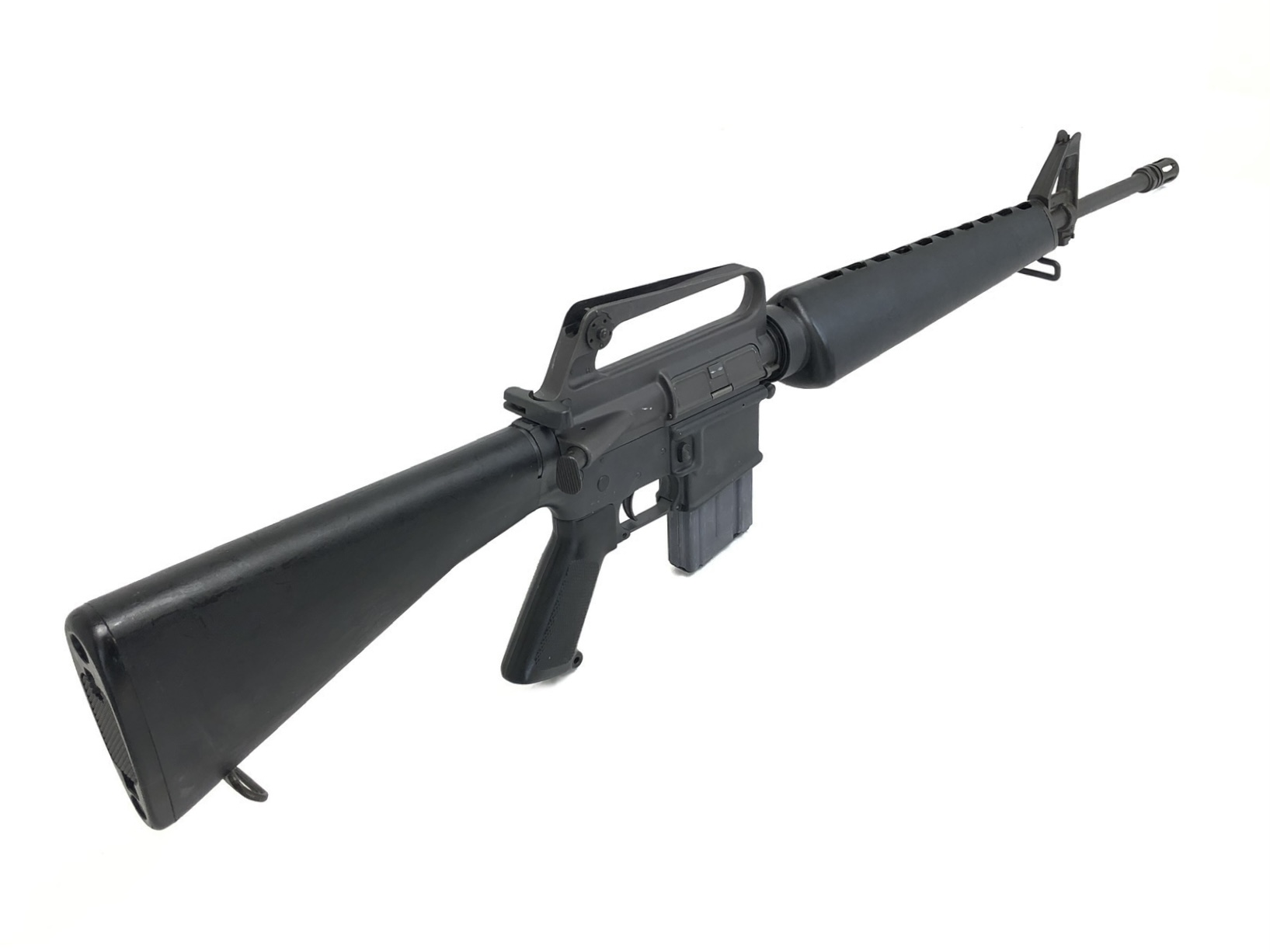 Transferable on a Form 3

The Colt Model 613 was originally offered by Colt as a Commercial Sales version of the venerable military-provided M16A1 from 1973-1982 after demand for Colt’s military version declined following the end of the United States’ involvement in the the Vietnam War.  Built as a 20″ barreled standard rifle M16A1 variant with a teardrop forward assist, the 613’s were typically “AR-15” marked for civilian sales, but often “M16” marked for direct sales to law enforcement agencies. This particular model does indeed have the much more rare and desirable M16 markings. These models were typically offered in the 5,000,000 serial number range, and this model is no exception. Production of this weapon by Colt appears to be in early 1974 based on its serial number.

Cosmetically, this almost 50 year old machine gun is also in overall very good to excellent condition.  This model does display some minor handling and surface marks in the exterior original phosphate finish, but nothing that is noted more than surface deep. There is some small degradation of the butt plate noted at the connection point of the rear screw, but the stock remains solid and well-fitting.  The right side of the receiver by the fire controls is marked with 3 small initials and a number, which was made by the original LE agency that first purchased this weapon from Colt. The left side of the rifle stock has also been inscribed by the original agency.

This factory original Colt M16A1 transferable machine gun is currently on a Form 3 for easy transfer. The NFA paperwork indicates the manufacturer of this weapon as “Colt” and the model as “613”.

For more information on this listing or to view our other NFA and investment grade firearms, please visit our website at www.chestercountyarmory.com, or contact us via the information listed below. 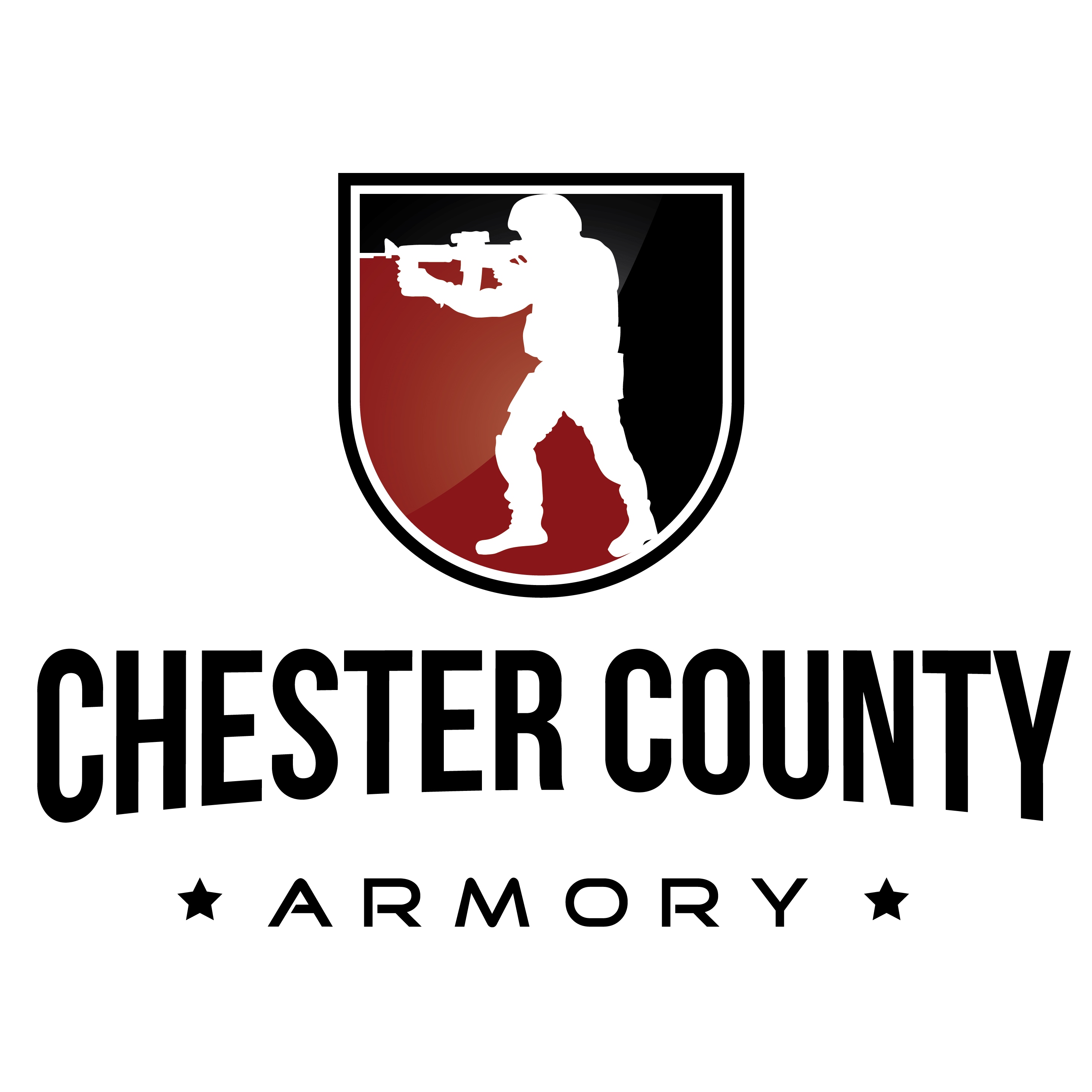 This form sends an email to the lister: CC Armory regarding listing #173512099