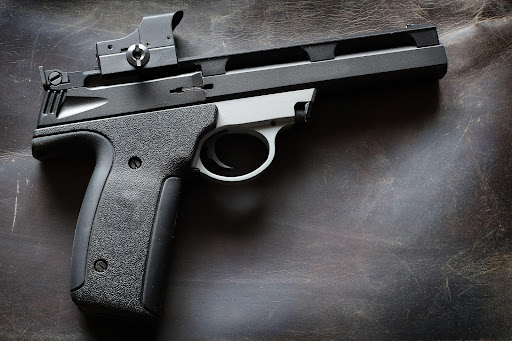 The Evolution of the Semi-Automatic Pistol

The Evolution of the Semi-Automatic Pistol

As the world has changed, so too has the pistol. Advancements in technology and materials have led to the development of semi-automatic handguns that are both more accurate and reliable than ever before, but the first of its kind was vastly different from the models we see today. However, it is the failure of the past that helped this firearm evolve.

What does semi-automatic mean?

Semi-automatic refers to the firearm's ability to fire one bullet with each trigger squeeze while automatically reloading the cartridge from the magazine after a round is fired.

As the name suggests semi-automatic guns are very different from automatic guns. Automatic guns, often referred to as machine guns, fire bullets repeatedly without the release of the trigger. These types of weapons are heavily regulated by the US and require a special license to purchase.

The first semi-auto pistol and the first successful semi-auto pistol were not the same design. In the late 1800s gun inventors raced against time to produce a pistol that would change the firearm industry as a whole. However, designing and patenting the firearm appeared to be only half the battle. The other half that remained was manufacturing and the adoption of the weapon in the military.

The Salvator-Dormus pistol is the earliest known patent for the semi-automatic pistol. Invented in 1891 by Karl Salvator, the pistol used a delayed blowback action with a separate bolt release and safety. However, this pistol never officially made it to market.

Months after the first semi-automatic pistol was patented, another was designed by Joseph Laumann in 1892. His 8mm pistol had a 5-round internal magazine and used a blowback action. The firearm was not very reliable and only 35 were made before production was halted.

The first semi-auto handgun to be somewhat mass-produced was made in 1894 by Hugo Borchardt called the C93. The design featured a toggle lock mechanism that made it more reliable than Laumann's pistol, but it was very expensive to produce and had many notable design flaws. One of the most apparent defects was that it was very awkward to hold as the grip was almost vertical and the weight distribution was not balanced. In anticipation of military contracts, they manufactured over 1,000 units but ultimately failed to launch to market.

Many other patents were made for the semi-auto pistol but it was not until John Browning entered the picture that semi-auto pistols became popular. Browning, or the "father of modern firearms," was an American weapon designer and made various contributions to the firearm industry which have shaped how we know it today. He was most famously known for his pistol designs, but he also designed shotguns and machine guns. His design of the M1911 semi-auto pistol quickly became the standard sidearm of the military in 1911 and remained until the 1980s. Today, the M1911 is still iconic and Browning's impact can still be seen in the design of modern-day pistols that still use his locked-breech action.

After gaining popularity among the military, semi-auto pistols quickly became a staple in every gun owner's collection. Today they remain popular for concealed carry as they are small, reliable, and lightweight.

Some popular semi-automatic handgun models include:

The Glock 19 is a favorite among law enforcement and civilians alike because of its simplicity, reliability, and low price. It is made mostly of plastic which makes it lightweight and easy to conceal. Their latest generation features optic-ready slides, forward slide serrations, match-grade barrels, flared magazine wells, and many other upgrades.

(P)The Smith & Wesson Shield is a popular pistol for concealed carry among civilians because of its reliability and lightweight design. The pistol is small enough to be easily concealable but large enough for comfortable shooting. It comes with an 8-round magazine capacity and features a short, consistent trigger pull which reduces the risk of training shooters from pulling their shots

The P365 is a micro-compact pistol designed for everyday carry. Its small size allows you to pocket carry, but it is still large enough to comfortably control. Its accuracy and ease of use make it a very popular model for concealed carry.

There’s a Pistol for Everyone

As the semi-auto pistol continues to evolve, it is clear that this type of firearm will continue to be popular among gun owners for many years to come. With advancements in design and technology, semi-auto pistols are only becoming more reliable, accurate, and affordable. So whether you're a law enforcement officer, civilian, or just an enthusiast, there's a pistol out there for you. And with continued practice, you'll be able to hit your target every time.