Seriously, one of the most famous firearms on the internet, hands down is the FAL. It’s easy to see why too. This rifle has one of the most iconic shapes in the world, just like the M14. Both of which are battle rifles from the same era and both rifles are chambered in the 7.62 NATO caliber. There are many differences between the two though. The M14 was primarily used by the United States Military while the FAL was used by over 90 countries and is still used today. The FAL is famous for being a standard issue in the Rhodesian Bush War, and for being carried by the famed special operations unit known as the Selous Scouts. The time in the Rhodesian War is of course where the famous “baby poop” camo came from that dawned the FAL rifles. 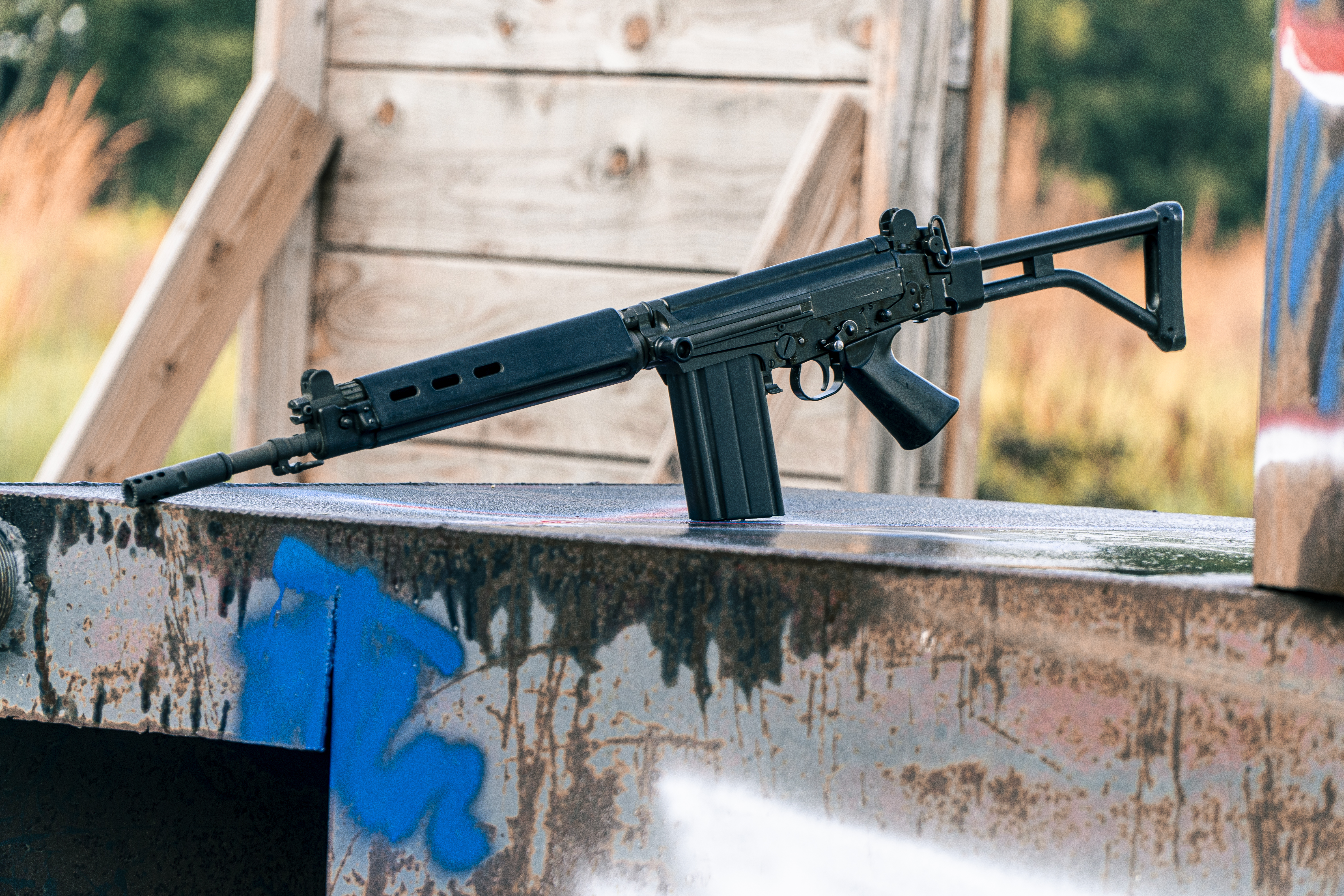 The original rifle that was manufactured in Belgium in 1946 was supposed to be a rifle that fired the 7.92x33mm Kurz cartridge that the Germans created during World War II that was fired by the Sturmgewehr 44 assault rifle. However, the world was enamored with the .30 caliber. President Truman and Prime Minister Winston Churchill were both pushing their military and NATO to adopt the .30 caliber round which is now known as 7.62 NATO.

The FAL is known to be a very durable rifle one of the main reasons being its gas system. The gas system is driven by a short-stroke, spring-loaded piston that runs above the barrel, and the locking mechanism is called a tilting breechblock. To lock, it drops down into a solid shoulder of metal in the heavy receiver. The gas system is fitted with a gas regulator behind the front sight this allows adjustment of the gas system in response to environmental conditions. Almost this alone made this battle rifle very reliable. The ability of soldiers to apply more gas to the system in order to overcome harsh conditions is what led this rifle to be used by over 90 countries. The action design of this system was from the mind of John M. Browning's protégé Dieudonné Saive.

Fast forward to the mid-1980s and the popular rifle was being manufactured in Brazil by Indústria de Material Bélico do Brasil or IMBEL for Springfield Armory, Inc. After the door closed on the FAL, Springfireld Armory, Inc. came to the rescue and started getting FAL rifles from Brazil by the newly licensed manufacturers, the NATO battle rifle was just as good as having one that came from the original factory. It was built to spec in every way since it was being overseen by the legendary gunmaker’s officials. All that was missing was the full auto-fun switch. That gave us an import into the United States of the famed battle rifle by Springfield Armory with the new name, SAR-48. 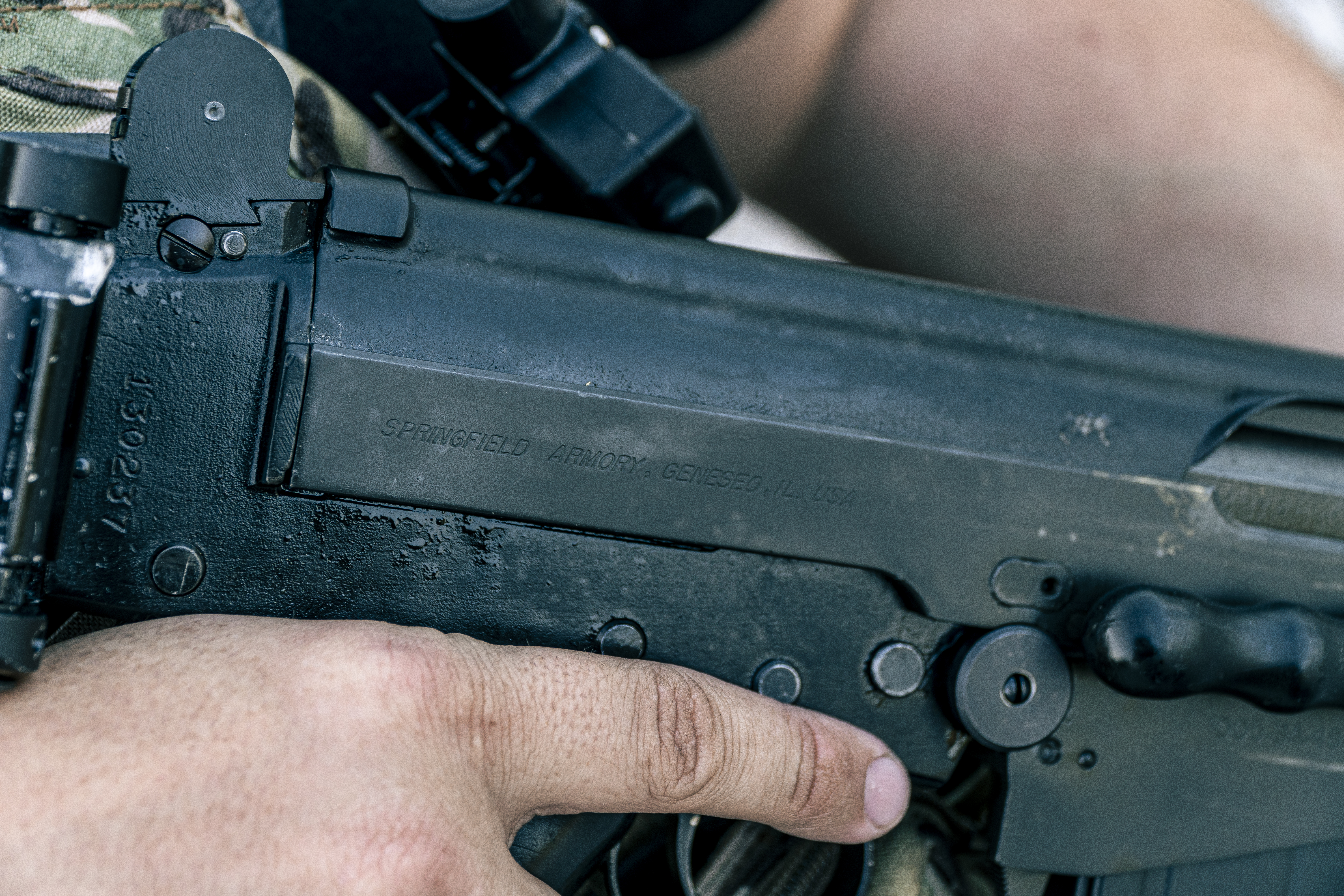 Springfield Armory offered several variations of the SAR-48 between 1985 and 1989. They offered a 21” barreled Standard Model, 18” and 21” Paratrooper rifles, 18.5” barreled Brush Rifle, and 19” Heavy Barrel “Israeli” Match model. The Paratrooper rifle featured a folding stock, in turn, its recoil spring is mounted on the top cover of the receiver. The Heavy Barrel SAR-48 had “Israeli” in its title for obvious reasons, it was constructed with Israeli military parts on an IMBEL receiver.

The “Assault Weapons Ban” of 1994 also hit the SAR-48, but Springfield Armory, Inc. responded in kind with the SAR-4800. Which is more or less the same rifle but it was clunked up with thumbhole stock.

Having shot both I gotta say the SAR-48 is exactly like the FAL. After looking at its history and how close the production was overseen it’s easy to see why. The SAR-48 is a fantastic rifle, and if you ever see one out and about just know it’s a great system and you would do well to pick it up. I guarantee you as a gun enthusiast it would be a rifle you’d proudly have in your safe. The SAR-48 that I had for this video and article wasn’t just any SAR-48. Our rifle was a standard SAR-48 from Springfield Armory, Inc. But somewhere along the way one of the original owners converted it into a machinegun before the 1986 cut-off date to register new machine guns. That means that this SAR-48 is a fully automatic transferable machine gun. 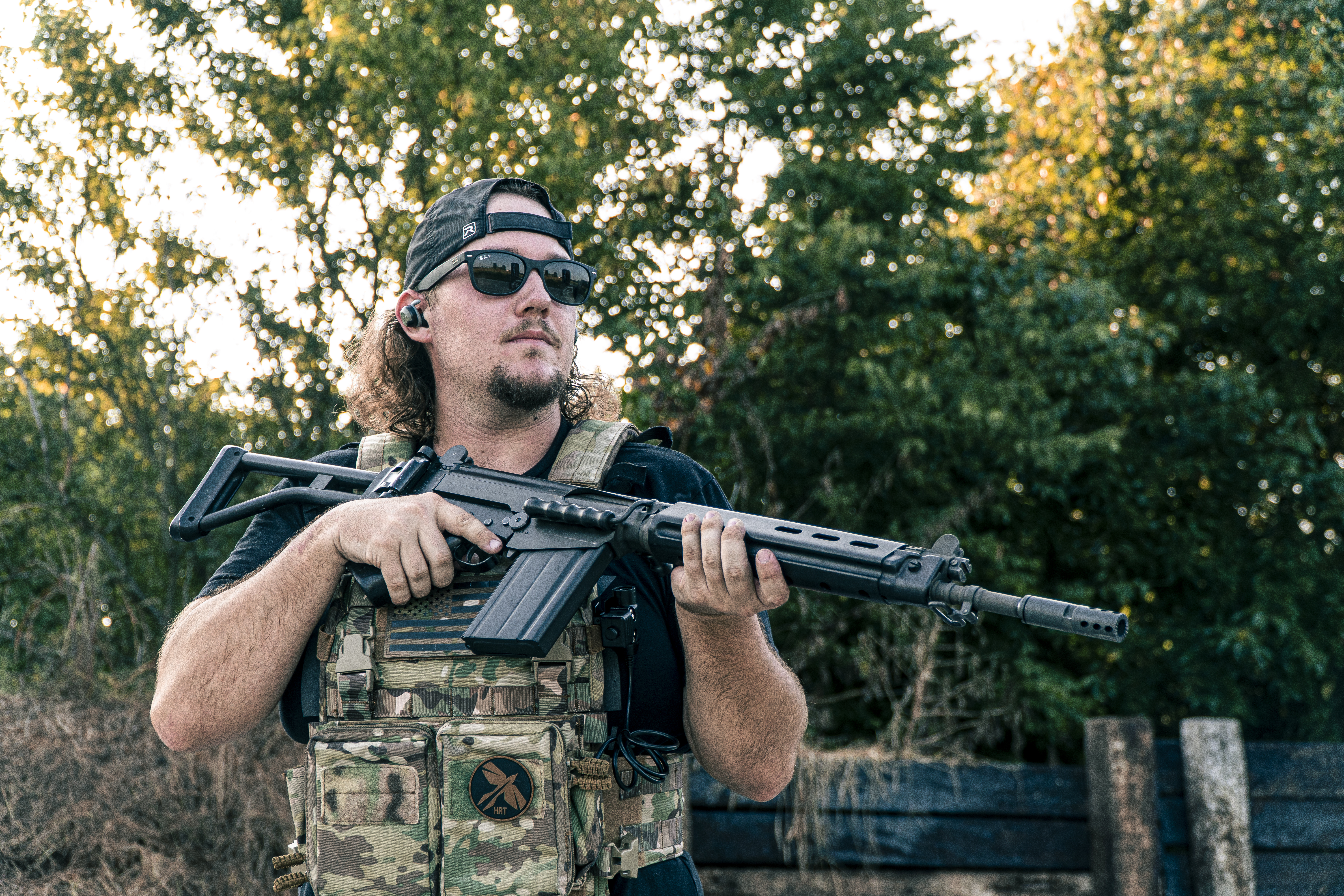 Since the beginning, there have been many versions of the FAL rifle. Versions that include: Sturmgewehr 58, Olin-Winchester FAL, and the DSA SA58 FAL. Brazil, Israel, Argentina, Germany, Syria, South Africa, Rhodesia, Portugal, and even more countries have made their own FAL. Today I’d love to see Springfield Armory bring back their SAR-48. After shooting one of their SAR-48 rifles I can tell you gun stores would be a much happier place with SAR-48s on the shelves!