Jazzing Up The M1A

Recently I acquired a Springfield Armory M1A and I love it. The M1A is one of those guns that I could have 5 of and still not be happy with my amount. I want an M1A in every configuration possible because they look soo cool. I love the Frankenstein look of the M1A’s with a traditional/modern look. Where wooden furniture is accompanied by modern rails. I also love the M1A’s jazzed up as PRS sniper rifles. Then again I also love the suppressed look of the SOCOM 16. Like I said I could have 5 M1A’s all in different configurations and still want more of them. That being said I had to make a decision on how to set up my M1A when I got it. I chose to go with a minimal setup. I chose to just add a red dot and leave my M1A light to carry, similar to the look of the M14 in the Blackhawk Down movie. Upon my research of what I wanted to do with my first M1A, I found a lot of cool attachments and ways to set up your M1A. So here are some of the items I compiled.

The biggest thing that will transform the look of your M1A and determine the way you use it is your stock or a chassis. The coolest most noticeable stock option for the M1A in my opinion is the Sage M14 EBR Stock. There are several different iterations of this rifle some have an adjustable cheekpiece. Others have a buffer tube-like extension similar to what you see on M4 like rifles. The Sage EBR stock is a heavy metal stock that will boost the weight of your M1A up to around the 11-pound mark with just the stock and the gun. Not including any optics or attachments. The EBR stock will give your rifle the same noticeable silhouette as the US Military MK14 since the MK14 is equipped with the EBR stock. The EBR is perfect for those who want to weigh down the M1A for some precision rifle shooting. You could use the EBR stock as a run-and-gun setup but it’d be heavy.

The next stock out there I’m a fan of is the Vltor M14 Modstock System. This stock is lightweight coming in at only 2lbs and 13 ounces. The Vltor stock is an option that would be perfect for creating a lightweight M1A build to run and gun with. The Vltor is so light because of the material it’s made of. The stock system is formed with VLTOR’s proprietary mold and is manufactured with a proprietary carbon fiber composite. This makes the stock system stronger and lighter than ever. Another fantastic feature of this stock does not only does it have a 5-position stock to adjust the length of pull but you can also raise the stock itself in elevation. You have 1.25” of room to raise the stock to be exact. The lowest setting is perfect for shooting with iron sights or you can raise it up to get a good sight picture with a magnified optic. If you have ever put a scope on an M1A you know this vertical movement is necessary to get good eye relief. 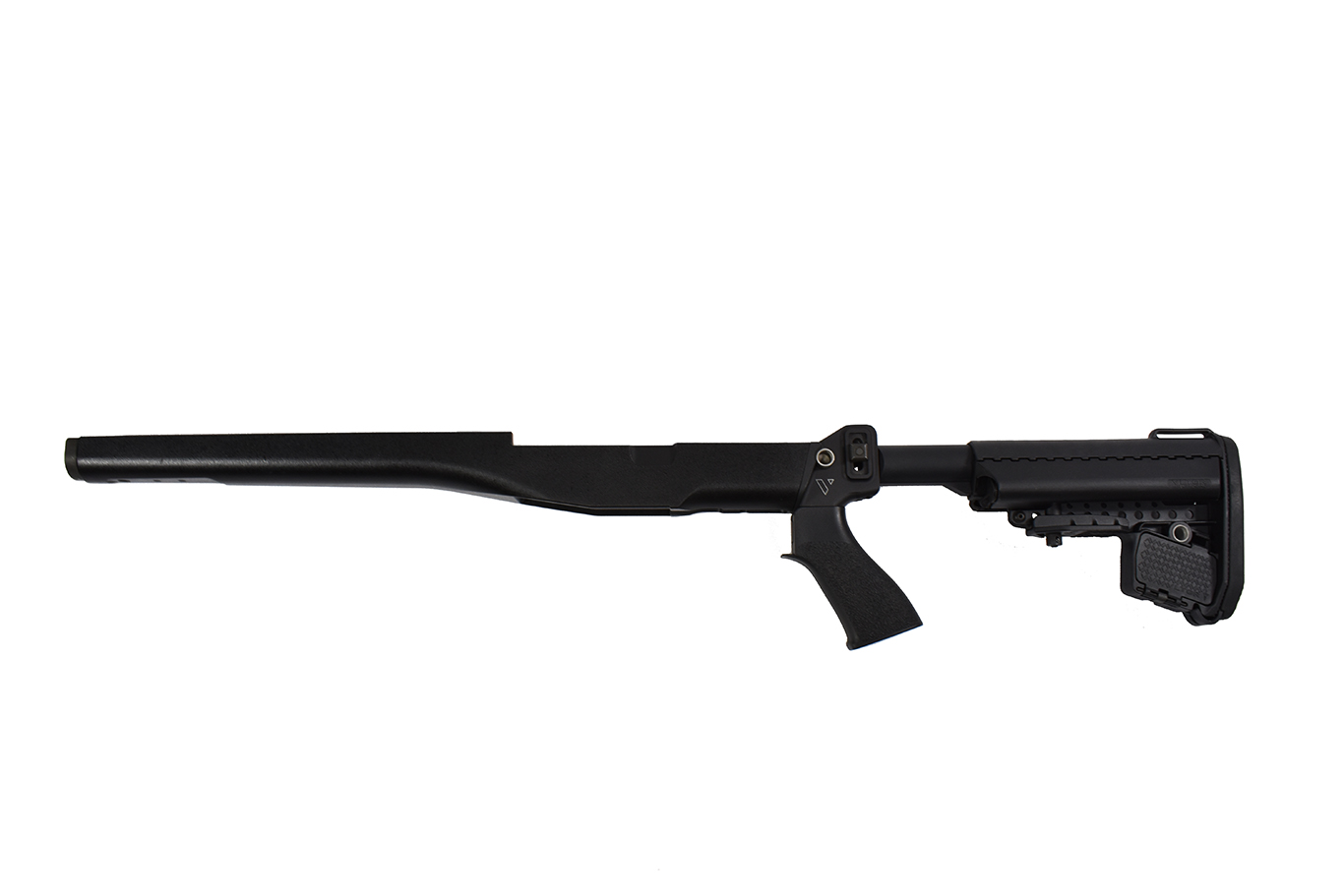 The last option is the cheapest. The EBR is about $1,000 the Vltor is around $550 and the final option is set at $250. Pro Mag makes the Archangel M1A™ Precision Stock, the same one that is found on the Loaded Precision Rifle M1A’s sold by Springfield Armory. If you know you want to put a big ol’ scope on your M1A and shoot for accuracy and precision then this is a great option that is less expensive than the EBR and leaves you plenty of leftover money for a good scope. This stock has an adjustable length of pull and can adjust the cheek weld with 1.75” of travel in the cheek riser and the length of pull will adjust from 13.50" to 14.8125". Again a great option for someone wanting a sniper rifle looking M1A without wanting to spend $1,000 or over on a stock.

The next thing I wanted to list out was some functional pieces that will improve the functionality of the gun and make life easier for the shooter. Number one on my list is the Sadlak Industries M14 Extended Magazine Release. Now the GI mag release that comes on the M1A is good but this extended one from Sadlak Industries is a huge paddle for sure. If you ever have seen anyone do a cool M1A reload where they take one new magazine from their belt and flip out the old magazine in the gun by pressing the magazine release, then you know it looks super cool. If you have this Extended Magazine Release from Sadlak Industries it will make that whole process that much easier.

The next on the list is the Smith Enterprise - M14/M1A Extended Bolt Stop. This piece is on my list next to get personally. This Extended Bolt Stop from SEI allows you to press the paddle on it, just like on an AR15, and close the bolt once it’s locked back. This means reloading from an empty magazine is much faster on the M1A. Instead of having to rack the charging handle again you can take your thumb and hit the bolt stop sending the bolt into action and shove a round into the chamber. This single upgrade is under $100 dollars and so worth it.

Next up is the Schuster M14 / M1A Adjustable Gas Cylinder Plug. This is essential if you want to suppress your M1A. This is the only way (that I know of) to adjust how much gas is used to cycle your rifle. Your rifle will be over-gassed if you suppress it without this for sure. On another note, this will let you adjust how much gas is used to cycle your M1A. This means you can run your rifle with a minimal amount of gas as you’d like to create a rifle that runs cleaner. Many say that military weapons like the M14 and AK47 are over-gassed on purpose so that they will function in tough conditions. If you wanted to fix this with your M1A you will need this plug.

Now it’s time to get an optic on the M1A. Here are some of my favorite optic rails for the M1A. A favorite of many, it appears is the Vltor CASV-14: M14 RAIL SYSTEM. This takes the place of the M1A heat shield that comes standard on rifles and provides you with a full-length 1913 rail that runs all the way back over the action of the gun. This rail attaches to the receiver where the clip guide is on top. As you would expect this looks awesome with the Vltor M14 Stock mentioned above and creates one awesome-looking package, that’s also useful. This system lets you mount accessories easily like flashlights and IR lasers. 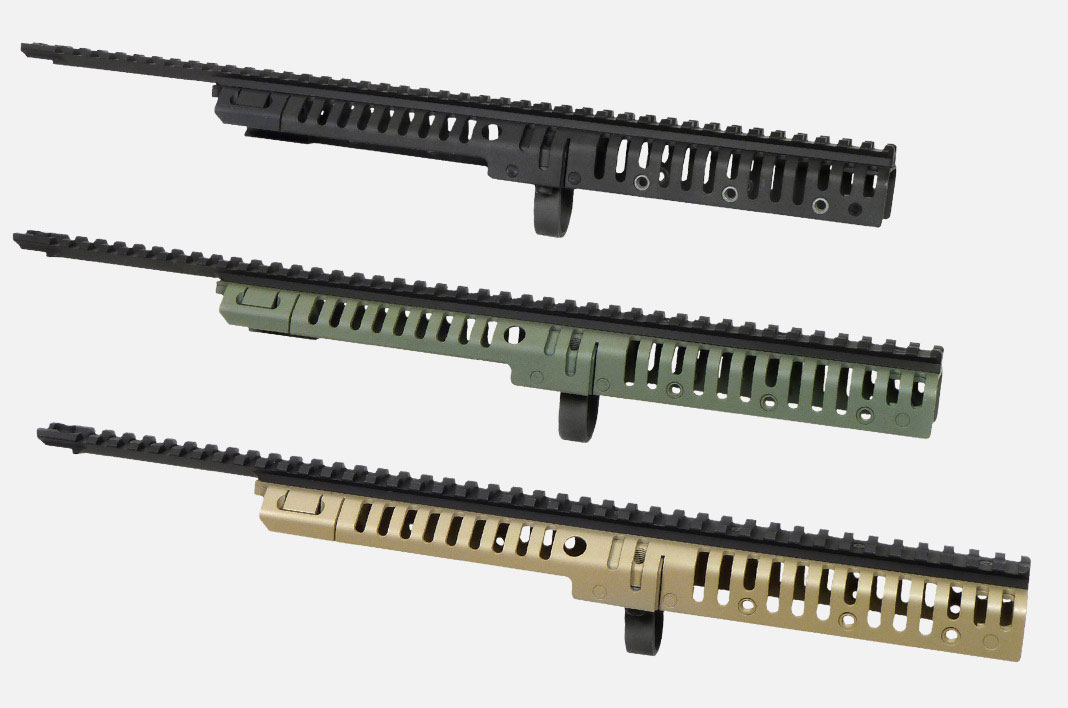 Now for only $200 and a very minimal amount of work you could mount up the A.R.M.S. #18 mount to your M1A as I did. I chose this mount because I was able to keep my M1A light and simple. This is also the absolute lowest mount there is for the M1A meaning I can look through my Aimpoint with ease without having any sort of cheek riser.

Last but not least let’s talk about slings The M1A has sling loops affixed to the stock. If you get a different stock option it will probably have swivels for slings. I have two choices that will work for either. Number one is the Armageddon Gear Precision Rifle Sling this sling comes from a company that has a great reputation in the PRS world. I’ve seen countless shooters sporting Armageddon Gear stuff on their rifles. Their sling comes in black, coyote brown, and Multicam. You can also order it with loop ends to fit the standard loops on the stock or you can purchase it with QD mounts. Another great feature is it has the arm loop present on it for PRS shooters and a comfortable bungee section. 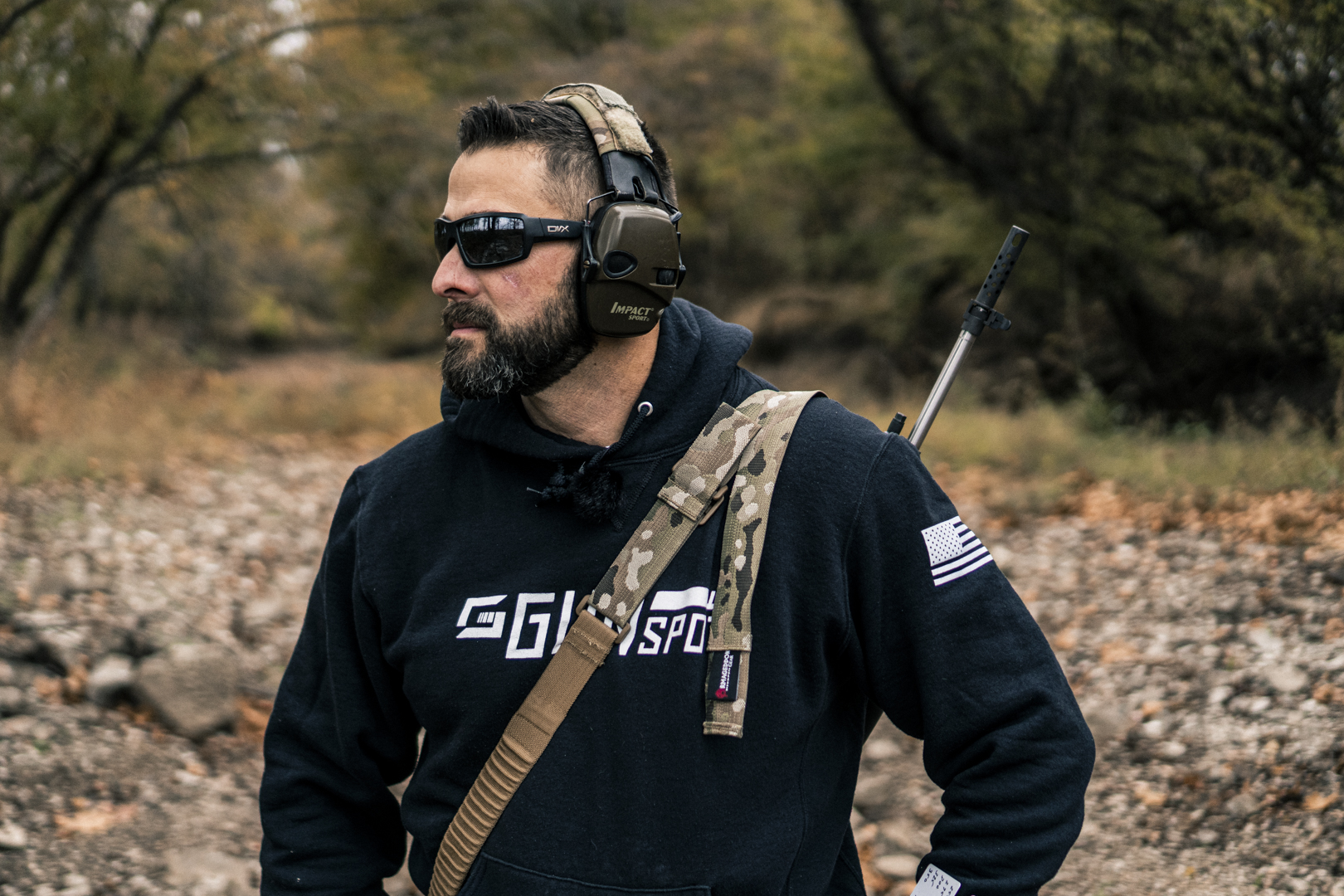 The other sling option that’s great is a leather M1A match sling that’s what I chose for mine. The leather match sling is something that looks classy if you are keeping your M1A appearance closer to the factory look this sling will fit right in. The leather sling can also crate that arm loop just like the armageddon gear one. This sling is not nearly as adjustable as the previous sling but it’s got a classic look.

The trigger on the M1A didn’t have as many options online. There are gunsmiths who will do trigger work for the M1A but I only found one drop-in style trigger. The adjustable NM RPS Trigger is the only one I could find and from what limited reviews I found on it, it looked to be all the positive things people had to say. This RPS Trigger™ is a robust NM trigger that lets you set the pull weight down to 4-1/2 lb for service rifle shooting, with an adjustable second stage sear engagement for zero felt creep. There is adjustable pull weight, and adjustable second-stage creep. This trigger incorporates the USMC TM modifications to the disconnector for improved reliability on recock. This trigger will work with the stock hammer in the rifle, without a “trigger job,” that can risk breaking through the case-hard surfaces. The fact this trigger requires no modifications to the rifle is in my opinion the best part.

The M1A is a highly customizable platform, not as customizable as the AR platform but people still love this gun so there are plenty of options out there. You can make your M1A into a battle rifle designed to move quickly on the battlefield or you can turn it into a precision shooting rifle with the right gear. Like I said at the beginning I want M1A’s in every configuration and in every color. I love seeing an M1A all kitted out with a mix of classic and modern tactical equipment. Hopefully, this little list helps you take a head start to get your M1A set up the way you’ve always wanted.