Is The FAL The Best Battle Rifle?

The FAL is a super famous rifle, but the question remains is it the best battle rifle? We decided to get to the bottom of this in our own little competition.

For our examination, we had to choose which rifles to compare. Of course, we were limited by the ones we had on hand, and we wanted to compare the FAL to rifles of its own time. So our contestants include the HK G3 (HK 91), the M14 (M1A), and the FAL (DSA SA58). We only chose a model from that era, and as you will notice, we excluded the AR10 since we only had modern ones available to us and not the original configuration. 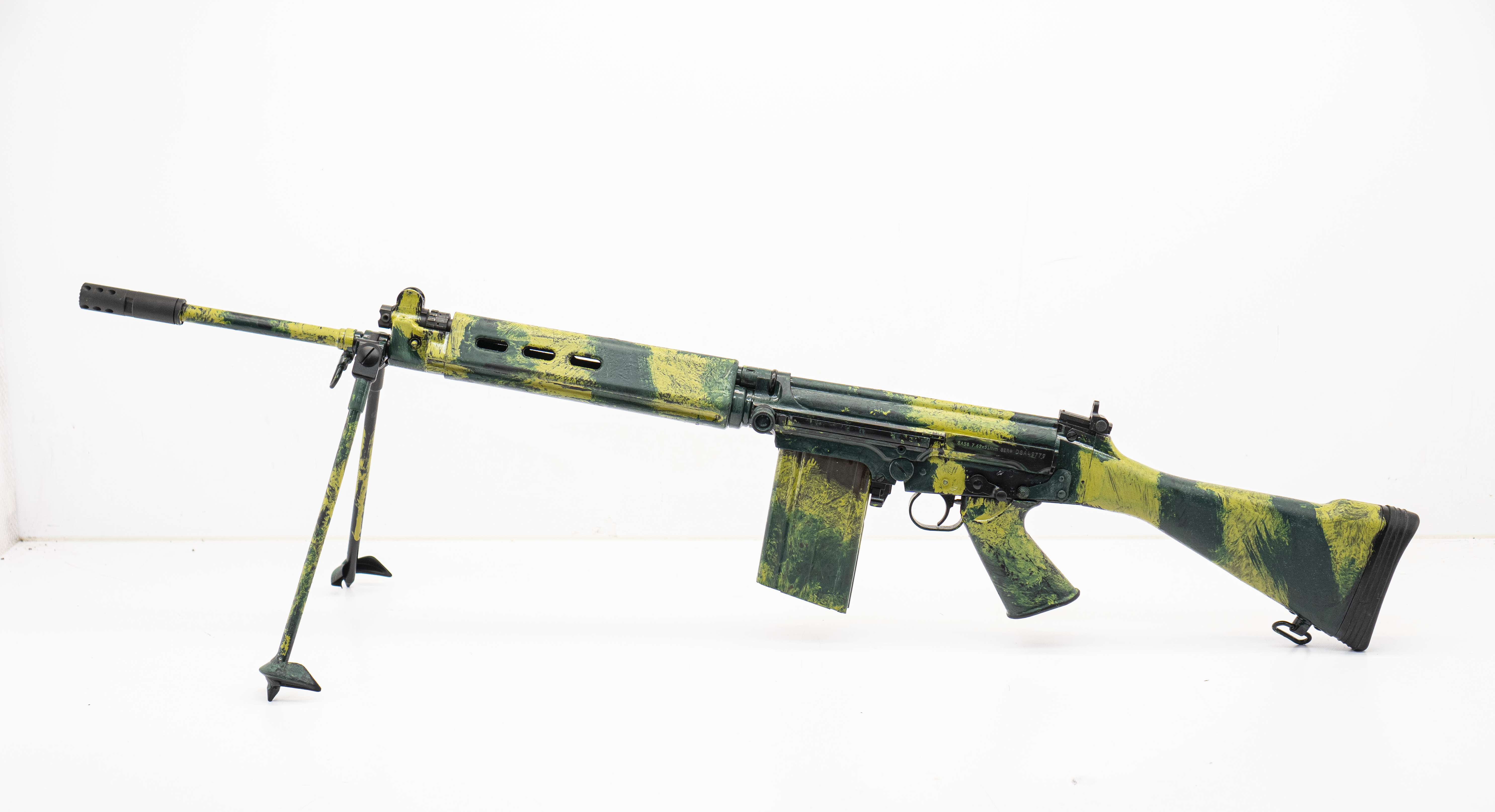 The categories in which we will judge the iconic battle rifles are gas systems/operating systems, manual of arms/operation, ergonomics, sights, accessories/modernization, triggers, and reliability.

In this category, we focused on the operation system, what causes these guns to cycle and how? Taking all this into consideration, we chose the FAL as the winner. The short-stroke gas piston system is a proven, reliable system. What separates the FAL is the versatility that this particular system gives you. The adjustable gas system needs no tools to adjust and can introduce enough gas into the system for the most adverse positions. It can also dial the gas back enough for suppressor work. The FAL gas system made this gun extraordinarily versatile and able to adjust for any ammo. This is undoubtedly one reason why it was chosen by over 90 countries.

This category focuses on using the weapon. How to load it, reload it, charge it, clear malfunctions, etc. The HK G3, without the paddle, is a pure nightmare to drop mags and reload. The mag release button is so far out of reach that even those with large hands can't reach it. The paddle of course, alleviates that. The HK G3 does not have a last-round bolt hold-open, which slows the rifle down, especially with its stiff charging handle. The charging handle on the HK G3 is not as ideal as the others. But I understand it does have good qualities. 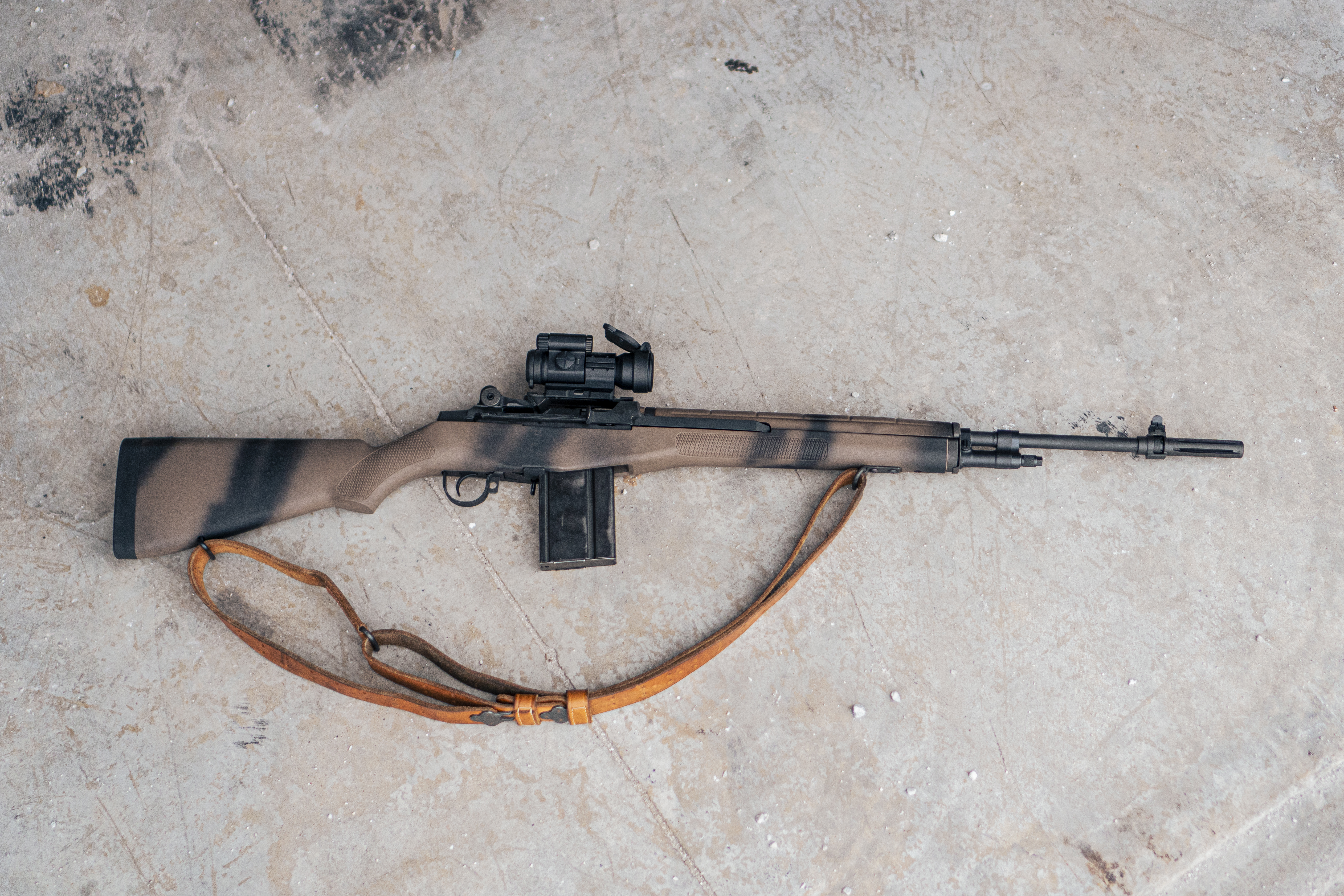 The M14 has a pretty good manual of arms. The M14 loads and reloads quickly with a paddle mag release like the AK47 and the FAL. The charging handle is reciprocating, which can help when clearing malfunctions since you can operate the bolt efficiently from the rifle's exterior. The M14 gets second place in my book.

The FAL gets first place again in this category. The FAL has a charging handle on the left side of the rifle, which is excellent for right-handed shooters; it does not reciprocate, which to some is negative, and to others, it is positive. A reciprocating charging handle can help immensely when clearing malfunctions, especially if it's a decent-sized handle like the AK and the M14. The FAL mags rock in so smooth it should be a crime. It practically loads mags in for you. The FAL charging handle, bolt release/stop, and mag release are superb.

In this category, we really just graded the grips. Right off the bat, the FAL loses. The grip angle is pretty unnatural for most people and a lot of shooters dislike it. The M14 uses a classic sort of stock, like the hunting rifles many of us grew up shooting. So, it takes second place. Now the G3 has an incredible grip. I also love the size of the trigger guard. HK, to this day, has some of the best grips on its models. The 416 grips are fantastic, the VP9 has a phenomenal grip, and those are just two examples.

When it comes to the iron sights, we considered the sight picture and how adjustable they were and how easy the adjustments were to make. The G3 and the FAL rear sights are adjustable, but only the FAL front post adjusts. The G3 has a drum-type sight that rotates to different ranges. The FAL has a rear sight that slides and adjusts easily for different ranges. These systems are adequate for iron sights, but the M14 sights are genuinely excellent. The M14 borrows the sights of the M1 Garand, and the rear sight is terrific to zero. The rear sight has both windage and elevation adjustments. The gun is made to be zeroed at 100 yards, and from there, you can re-zero your drum sight with a flat head screwdriver or a casing. As someone who has done this with the M14 sights, I can say it's super easy to do, and once you do it, you can shoot silhouettes accurately to 800 yards by dialing the rear sight to the appropriate range. So we give the M14 the win here.

In this part, we want to look at how easily these guns are modified from their original state and which ones have been adapted to the modern ages the best. We tried to judge these guns in their original configuration, but we also wanted to give credit to whichever one can be brought up to modern standards easiest. The G3 has plenty of modern upgrades, but so does the M14. The M14 upgrades are super expensive, though. Some of the best stocks to modernize the platform will cost you about $1,000 or more. The Sage EBR stock is beautiful and gives your M1A the look of the modern military Mk 14 Mod 0 EBR. But DSArms has done a great job of modernizing the FAL. The FAL can be purchased from them in a configuration with rails for optics, accessories, and a stock that has the adjustability of the FN SCAR stock. So, again, we have to give this win to the FAL

Next are the triggers. The trigger on the DSA SA58 is heavy and has this slow, stiff feeling to it. So we stuck it in 3rd place in this category. The HK G3 really does have a good trigger, no complaints. The M1A, though, has a superb trigger, in our opinion. Right from the factory, this trigger is perfect out of the box. The M1A has a trigger that is easy to pull for those more accurate shots. Excellent job, Springfield Armory! The M1A takes the cake here.

It's time to separate the boys from the men, and we are not talking about the rifles. This is the category that will probably make most of you mad. You saw it coming. I'm sure the M14 would go in now third here. The exposed bolt on top and the op rod has been known to have some issues. The M14 is a great reliable weapon but compared to our other two contestants, it comes in 3rd. The real battle that will divide the internet is between the FAL and the G3. So, we did not go dump these in mud or sand and try these guns out because we couldn't do that to our models. So we just looked at some facts.

The FAL was used in over 90 countries and has served a long time. In fact, some militaries and militias undoubtedly still have FAL rifles in operation. But the same can be said for the HK G3. According to one of our sources, the G3 was used by 3 more major militaries. One of those major militaries was the United States military. The G3 has also been used in more countries than the FAL; even modernized FAL rifles have fallen less and less in use. The FAL also has one blessing that turned into its curse. Some people say the FAL is not a reliable weapon. The reason is because of that easily adjustable gas setting. The gas sleeve can be easily twisted; as a result, some of its operators would screw it up and cause malfunctions. Thus giving the rifle a crappy reputation that it didn't deserve. The G3 is known for being perhaps a bit over-gassed and possessing a violent action. As a result, this rifle has seen consistent service in more first-rate militaries over a longer period. The FAL also had some trouble in Israel with sand, so there is that. The G3, violent and over-gassed as it may be, has been a workhorse and a staple of reliability. As a result, it has outlasted the M14 and the FAL. So the G3 wins this category. 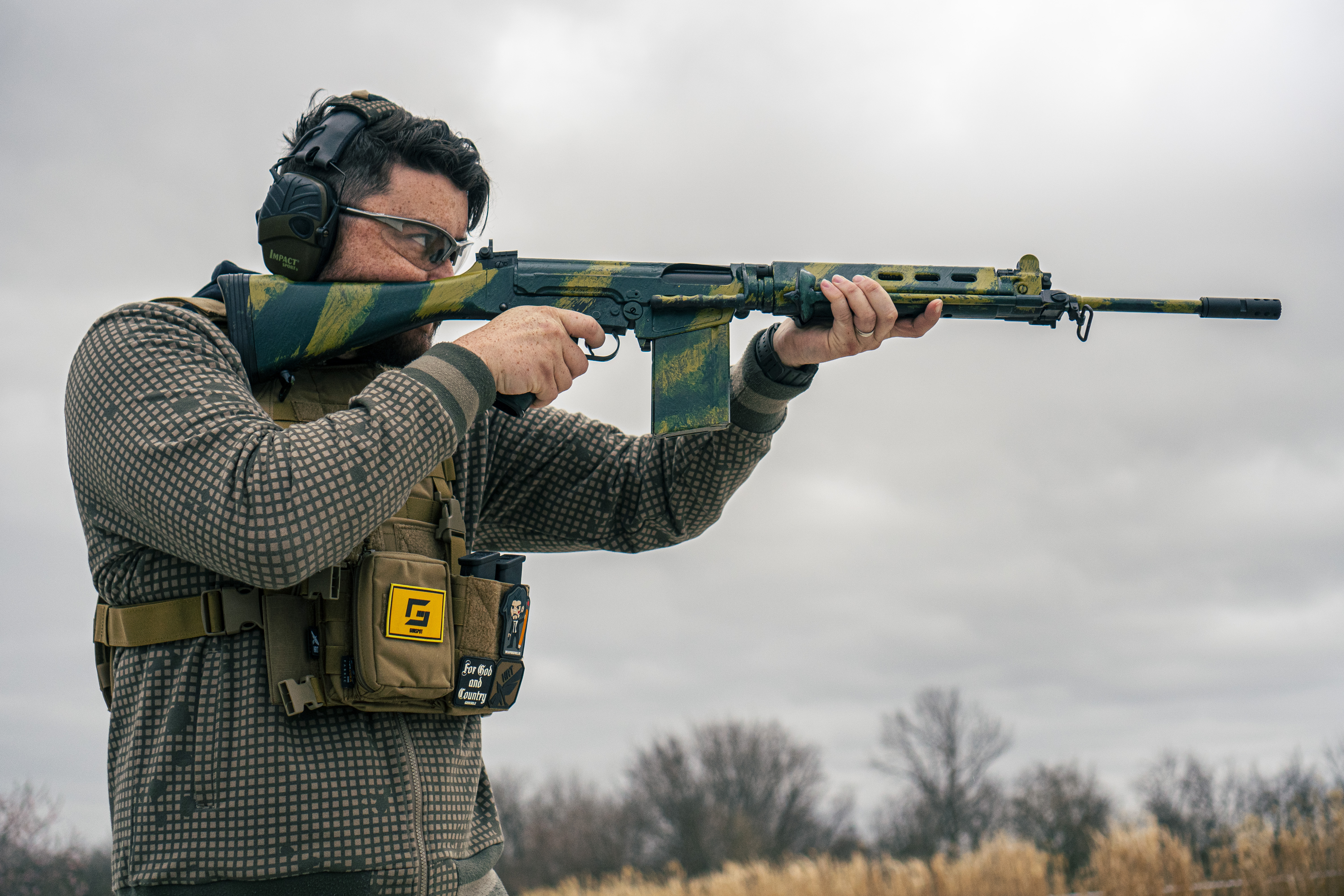 After adding up all our points, the G3 and the M14 lose to the FAL by just one point. What do you think? Is the FAL really the superior rifle? Are you upset we said the G3 is more reliable than the FAL? Let us know what you think in the comment section of our video.