From a really young age, I should have been able to guess I'd end up working with film/video somehow. I've loved movies ever since I could remember, being able to quote my favorite films from beginning to end. Going to the movie theater still makes me feel like a kid again, and as a result, it's one of my favorite activities. As a kid, I remember watching a ton of the 80's & 90's era action movies on cable television. Back in the day, you might recall that we used to watch cable tv when streaming services were still a thing of science fiction. Watching edited versions of popular movies on cable allowed me to watch many movies that I was probably too young to watch. The cable versions always had the harsh profanity and nudity that riddled that era of action movies edited out. It feels like I was already a man when I learned that "Yippee-ki-yay mother f****" was John McClane's movie catchphrase.

The '80s and 90s were home to several groundbreaking films, a true golden era of Hollywood action films that today fill us with nostalgia. One common theme in several of them that shows up repeatedly is the guns. Obviously, the venerable M16 and its laundry list of variations show up across films, but I'm talking about something much more specific. This iconic, instantly recognizable shotgun that has made numerous appearances on the silver screen and in video games and other pop culture mediums. The shotgun I'm referring to is the Franchi SPAS-12. 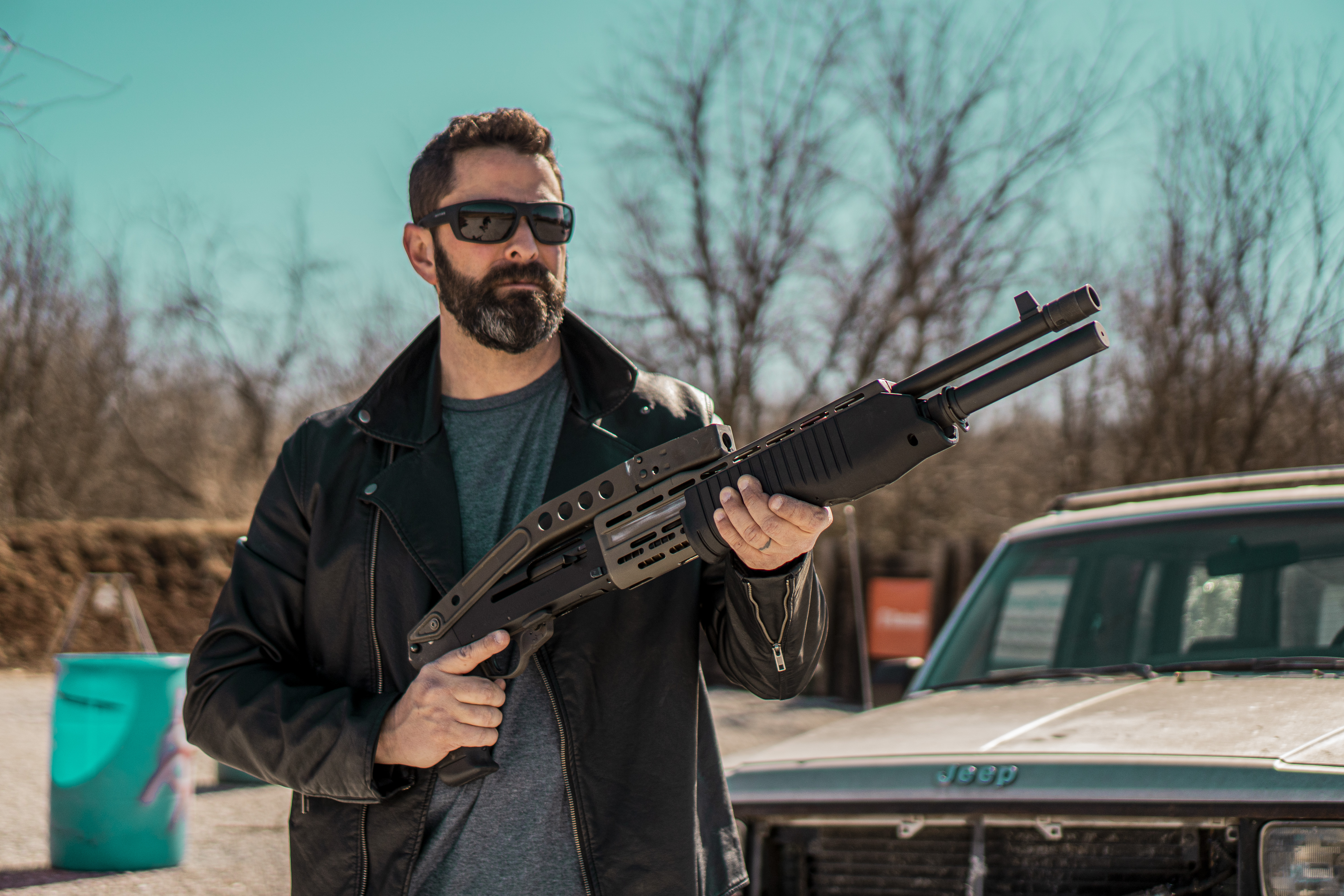 The SPAS-12 is a very famous shotgun, mainly because it is unique in its look. The aggressive cheese grater look of the metal on the SPAS-12 makes it one of the meanest-looking guns in existence. No doubt that the aggressive bad boy look of the SPAS-12 is what earned it several roles in Hollywood films. Guns don't hurt people, people hurt people, but if there were ever a gun that looked as if it was gonna rough you up a bit, it's this one.

The SPAS-12 was designed for law enforcement, and as a result, it has a significant unique factor that made it appealing to agencies. The SPAS-12 can function in both automatic and manual action. That means the shotgun can shoot in either semi-automatic or manual action, all at the press of a button. This is great for officers for a few reasons. An obvious one is not needing tools to switch between the two loading methods. Another significant advantage is that if your service shotgun took a beating, perhaps it got muddy. You can flip it into pump-action and smoothly cycle through all your shells. If autoloading jams on you, fear not, cause pump-action will not. The biggest draw for law enforcement was that you could have a shotgun capable of both lethal and less-lethal firing with one shotgun purchase. The idea was that less-lethal rounds, like bean bag rounds, don't have enough oomph to cycle the action in semi-auto, but if an officer used the gun in a pump-action, that didn't matter. So for one price and one shotgun, police departments would be able to shoot two birds with one birdshot. Pun intended.

In theory, the SPAS-12 was an ideal police shotgun, but from what I could tell, it was depicted in films more than it was ever truly used. Truth be told, most of us would want one today because it was an iconic movie shotgun, not because we have heard fabled stories of its effective use by military or law enforcement. By all accounts and in my own testing, the SPAS-12 was a reliable shotgun, and it served well. But, it really earned a name for itself on-screen, being used by the likes of Arnold Schwarzenegger and Kevin Costner. Let's look at some movie appearances that left firearms enthusiasts and collectors star-struck with the SPAS-12.

When I think of the SPAS-12, I immediately think of two movies. One of them is The Terminator (1984). Arnold Schwarzenegger stars in this movie as a murdering assassin death robot sent from the future by the evil Skynet to kill Sarah Conner, who would later give birth to the leader of the resistance who battles Skynet in the future. They sent this robot back in 1984, covered in human-like skin and hair disguised as a 6'3", 220-pound Austrian bodybuilder, Arnold Schwarzenegger. It doesn't make sense, but we didn't watch these movies to be wowed by the plot; we wanted to watch stuff blow up. Schwarzenegger goes into a gun store pretty early and asks for a "12 gauge auto-loader," entering the SPAS-12. In that scene, Schwarzenegger loads the shotgun while the clerk is helping him shop and then proceeds to blow him away. Later in the movie, there is a famous shootout scene in a police station with Schwarzenegger shooting two long guns one-handed for the entire duration of the scene. One is a full auto AR18, the other being the SPAS-12, now with its iconic folding stock removed. All this is to make the point that the Terminator is badass and that Schwarzenegger is a very strong guy.

The other movie scene that always comes to mind is no shootout, but it is one of the first suspenseful jumps scares I remember watching. In the 1994 film Jurassic Park directed by Steven Speilberg, we see the iconic "clever girl" scene. You probably, of course, know what I'm talking about, so I won't set up the plot for you. This scene did a great job of showing off the SPAS-12 and a feature that is almost single-handedly the reason it's chosen so much in the media, the stock. The stock is the most significant cool factor of the SPAS-12, and in this scene, we see actor Bob Peck unfold the stock as he is trying to quietly take aim at an escaped Velociraptor that he has been tracking in the jungle. Only, of course, for him to succeed in unfurling the SPAS-12 quietly, and just as he is about to take aim, the intelligent Velociraptors reveal the trap they had set for him. A second Velociraptor had flanked him and then proceeded to bite his head off.

Really the SPAS-12 is represented well in all of these mentioned films, except for the Terminator shooting the shotgun one-handed like it's a pistol. Then again, the point was to show his absolute strength, so I get that. A poorer representation of it happens in the movie 3000 Miles To Graceland. In the cops vs. robbers shootout in a Las Vegas hotel, Kevin Costner is sporting the SPAS-12, and he's working the gun in pump-action while shooting high power lethal rounds. If you want to know how I know that the shells are "high power," just watch the scene. The first guy he hits with it is lifted off his feet and flies about 5 feet backward after being shot square in the chest. The SPAS-12 is a reliable shotgun in semi-auto when using shells such as this, so there would have been no need to run it in pump other than to give the scene some Hollywood flare. Really though, in the movie world, I feel the shotgun is always portrayed fairly accurately to how it truly works and would have been used.

The SPAS-12 is Hollywood's favorite shotgun, earning tons of appearances. After having gotten to shoot it quite a bit recently, I can tell you that it's not as tactical as the manufacturers would have us believe. Today there are many better-performing shotguns for far less money, but absolutely none of the other options command attention like the SPAS-12. It truly is a unique shotgun with a striking look, and if it weren't so expensive and rare to find these days, I'd surely buy one myself. Luckily for you we have rare guns listed all the time at GunSpot.com, check it out!