Over a year ago I was looking for my first quick detach holster system as I planned to set up my first battle belt. Grant was setting up a new battle belt for himself since his old one was on its last leg. He decided to go with a mounting system that was new to me. Although many others had heard of it. The system he chose, that I inevitably would also, is the G-Code RTI hanger system. 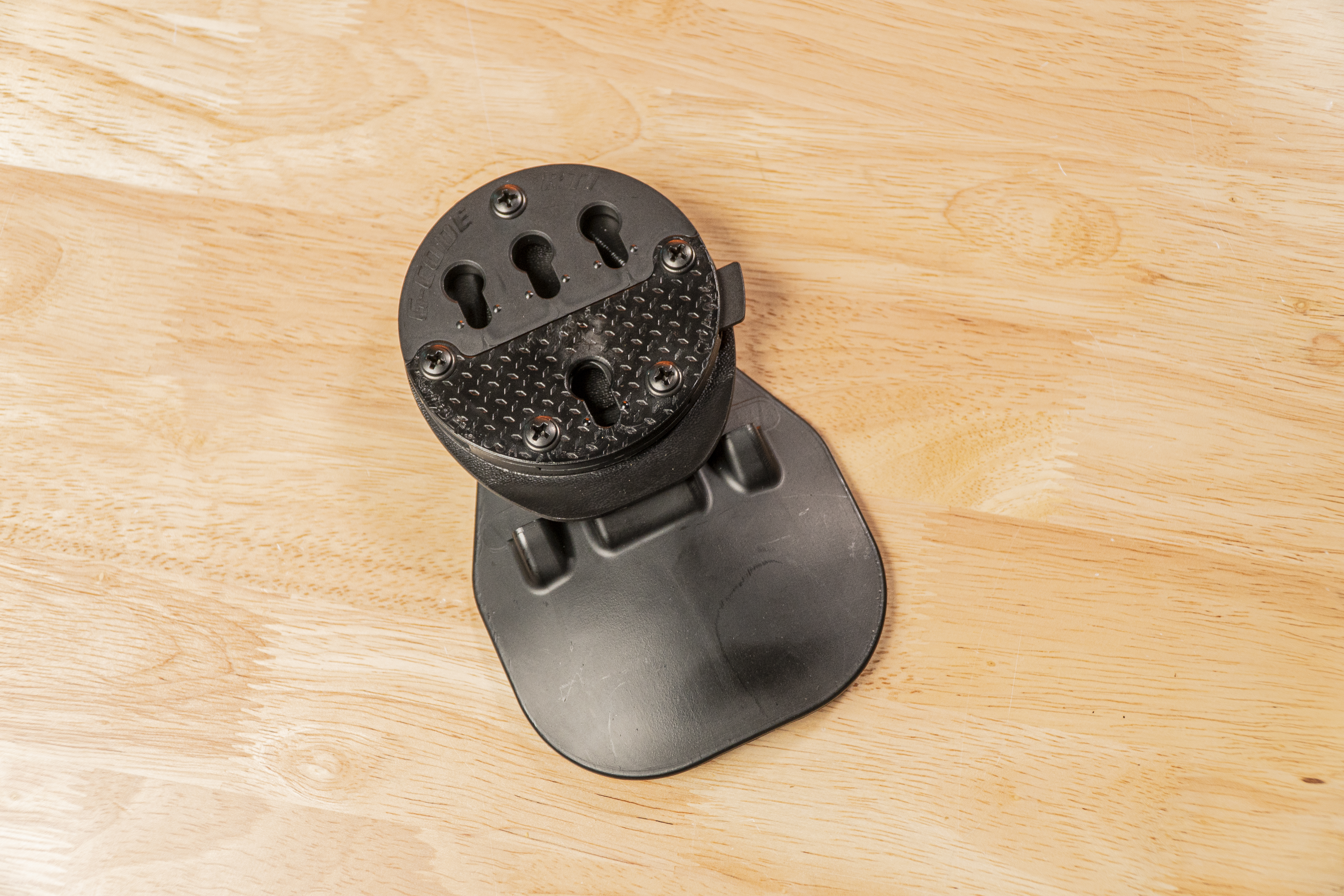 G-Code has been around for a while and they make some top-notch gear. A piece of their gear, in particular, that is shown often and has several cheap knock-off copycats trying to replicate it, is their scorpion mag pouches. These mag pouches have been featured in movies and tv shows. Most recently the Amazon Orginal movie The Tomorrow War with Chris Pratt shows the star wearing a kit with the Scorpion magazine carriers. The Scorpion mag carriers are fantastic for people who review plenty of guns like we do because their shape and construction allow you to use nearly any rifle, carbine, or pistol magazine. The Scorpion magazines are softshell polymer magazines with bungee chords to provide tension. The bungees are high-quality leading me to believe they would last for years. They also come in a variety of colors so that you can match any of your gear. 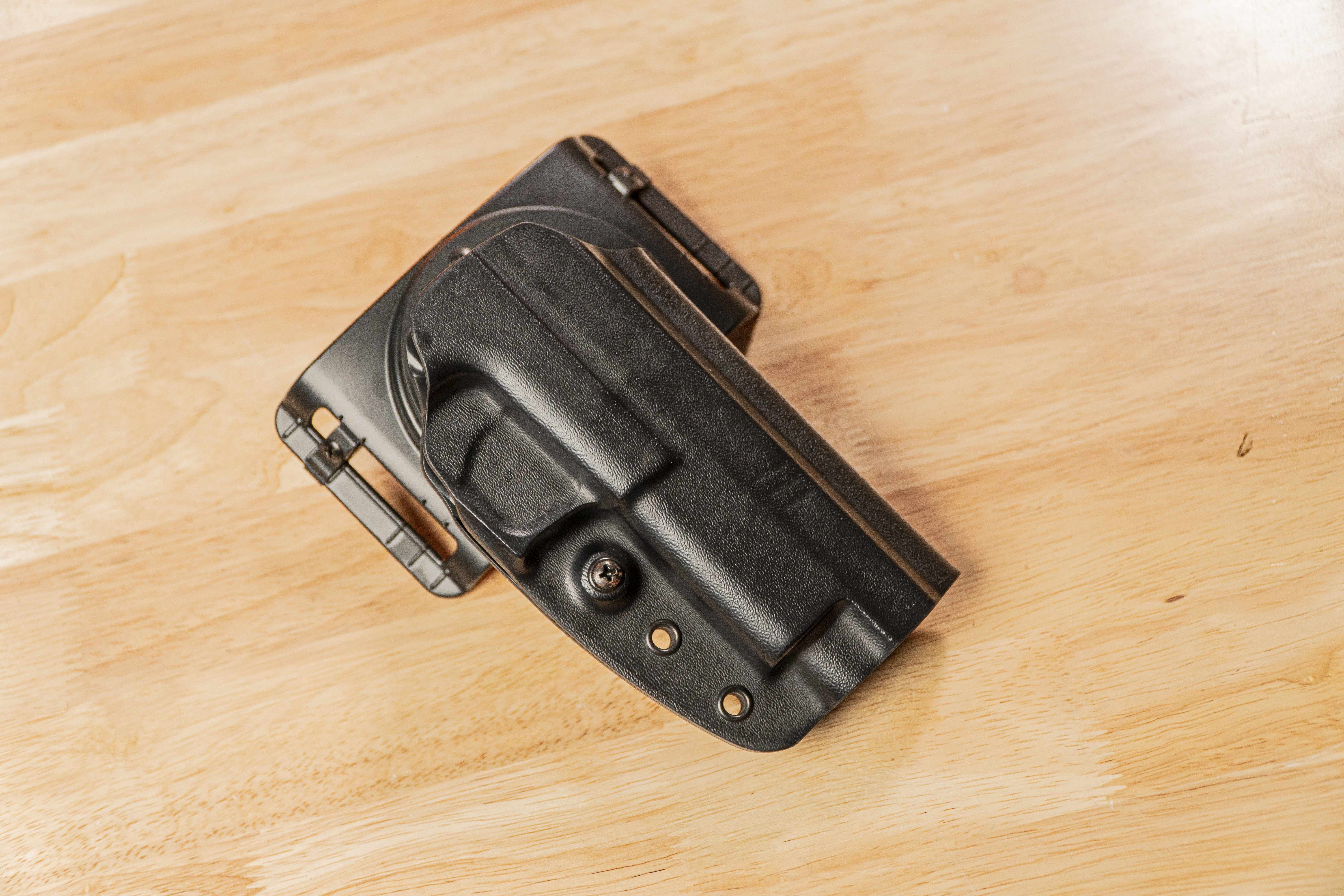 G-Code also makes high-quality holsters. The Kydex on these holsters is very thick. It is duty level thick. They offer holsters with optic cuts, level 2 retention, light compatibility, and in a variety of colors including Multicam. As you would expect their holsters come equipped with RTI hangers. They have holsters for most mainstream and duty sidearm guns including quite a few of the XD and DXM models. However, there are a few popular choices or recent models missing from their lineup. Which could possibly leave you high and dry if you are set on having a G-Code brand holster. But don’t fear there is good news! 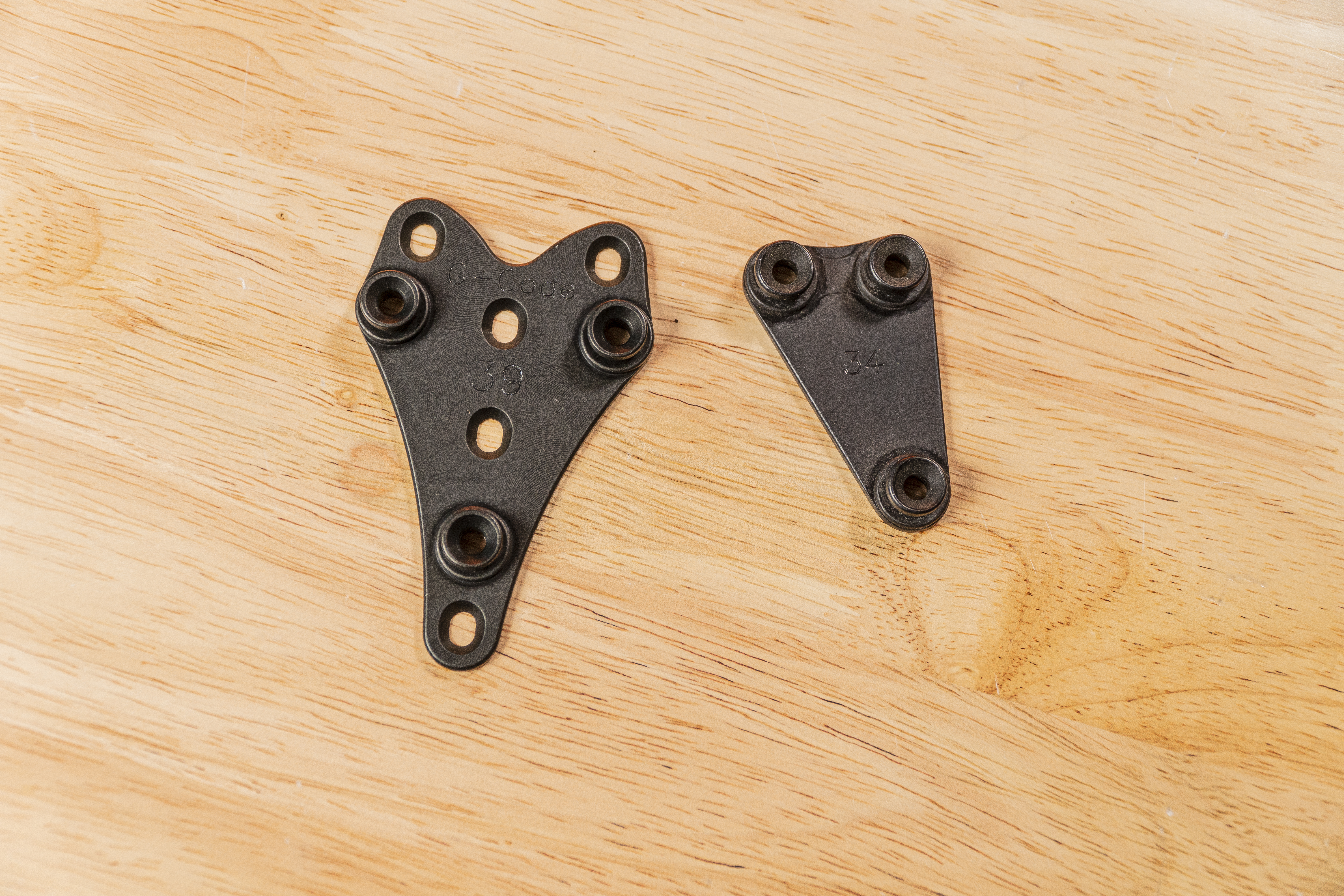 The good news is really what I’m here to talk about today. That bit of good news is the RTI hanger from G-Code. This is an amount similar to the Safariland QLS fork but in my opinion, it is better. Now if you are loyal to Safariland know that I’m not dogging them. Safariland has been the company that has set the bar for duty holsters. But the RTI hanger is a smaller footprint, a sturdier mount. The RTI hanger is comprised of a small triangular piece that has three male attachment points that are consist of the mounting screws themselves. With some thread lock on the mounting screws, the RTI mount provides a mounting solution that is rock solid all the way from the email attachment point all the way through the holster.

The RTI mount comes in a few variations which is another big draw to this system. There is the smaller RTI holster triangle attachment piece and then there is the larger triangle piece that is used for things like pouches that you might want to quickly detach. Then there is also another triangle RTI shape specifically for converting your Safariland holsters over to the RTI mount. I told you there was good news! Yup, that means if you want to switch to this smaller footprint, less bulky, metal mounting system by G-Code you can do that without selling all your Safariland holsters and starting over. All you would need to do is unthread the QLS fork on your holster and attach this RTI mount meant for Safariland holsters. On the market, you can also find many holster manufacturers who make holsters with the RTI mount such as T Rex Arms, and Tier 1, and I’m sure there are others, including custom holster manufacturers in your area. 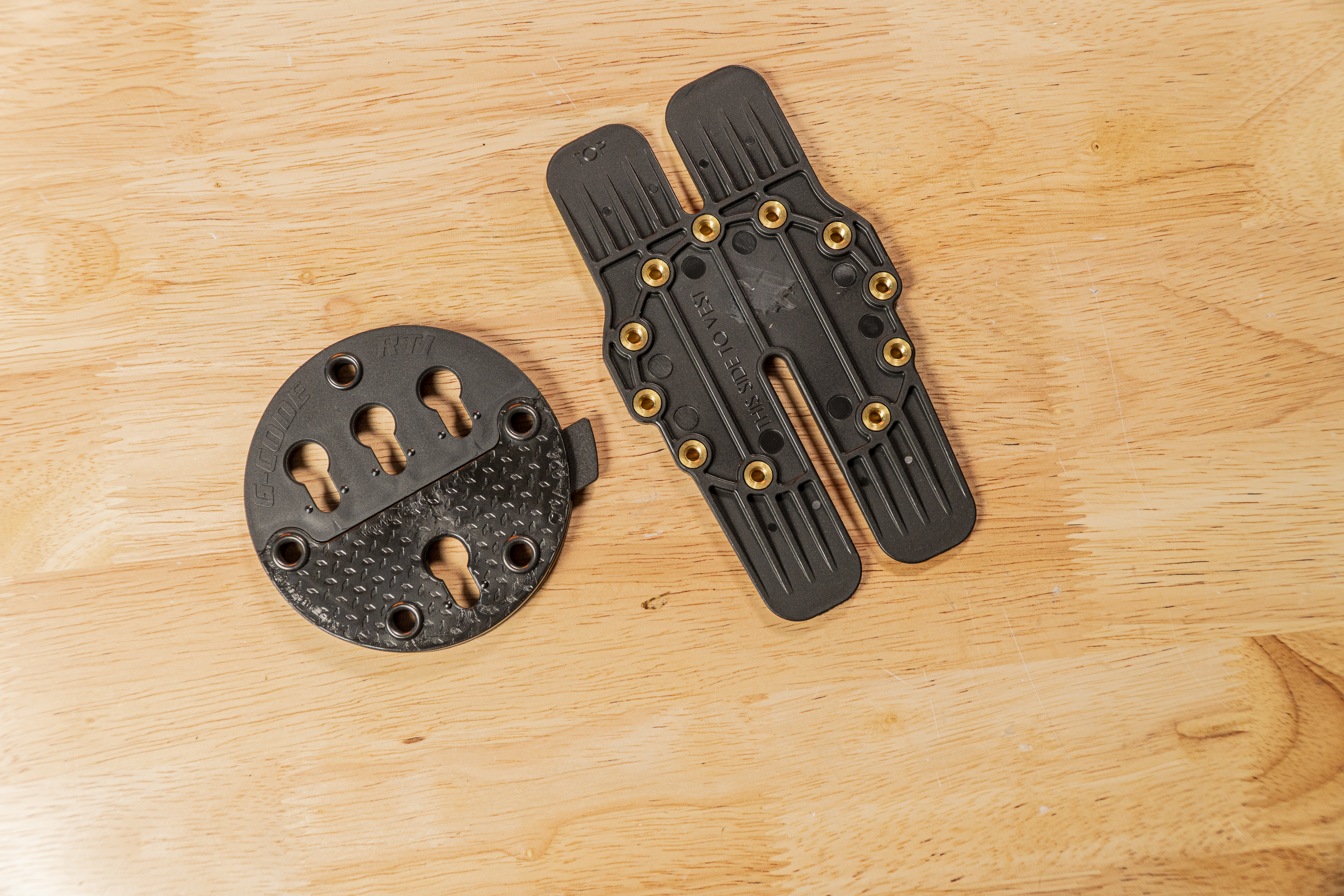 The female mounting surface of the RTI hanger system is also golden. It is flat and can mount to anything. Seriously, they thought of everything. The G-Code mount comes in a belt slide, paddle holster, tactical drop leg holster, mid drop holster, and can affix to molle making it mountable on nearly any surface. Plus in theory, you can even screw it to and surface if you buy one of their plain mounts. You could literally screw this mount to your car dash, a bed frame, or the inside of your office desk and mount your holster right there for quick access. Every time I think I’ve found every way one could use the RTI hanger system another idea pops in my head only for me to realize that it would be possible with this mount. A small thing that can make a big difference is that this mount has holsters pop straight on and straight off. So there is no need to have clearance above the holster to slide it down in a track. This means you can mount this in tighter spaces because the holster just sits on the mount and then locks. 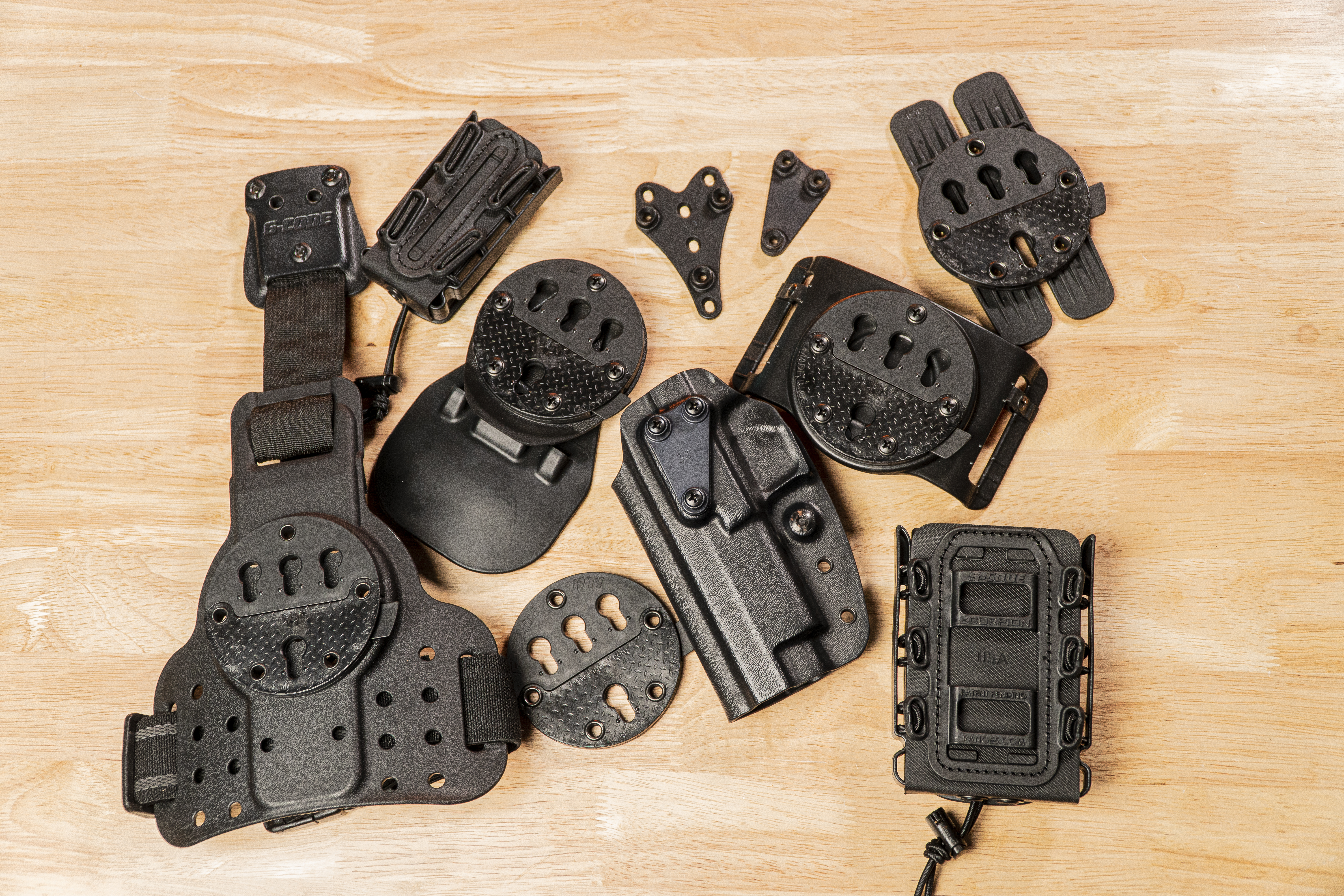 I am continually impressed with the G-Code RTI system which is why I wanted to write this article. I am beyond pleased with my purchase and decision to use the RTI mounts and I’m sure you would be too. If you need one last bit of information to persuade you the RTI male mounts are $11 which is super cheap for the quality and versatility you are getting. Do yourself a solid and go to G-Code’s website a peruse all the possibilities!