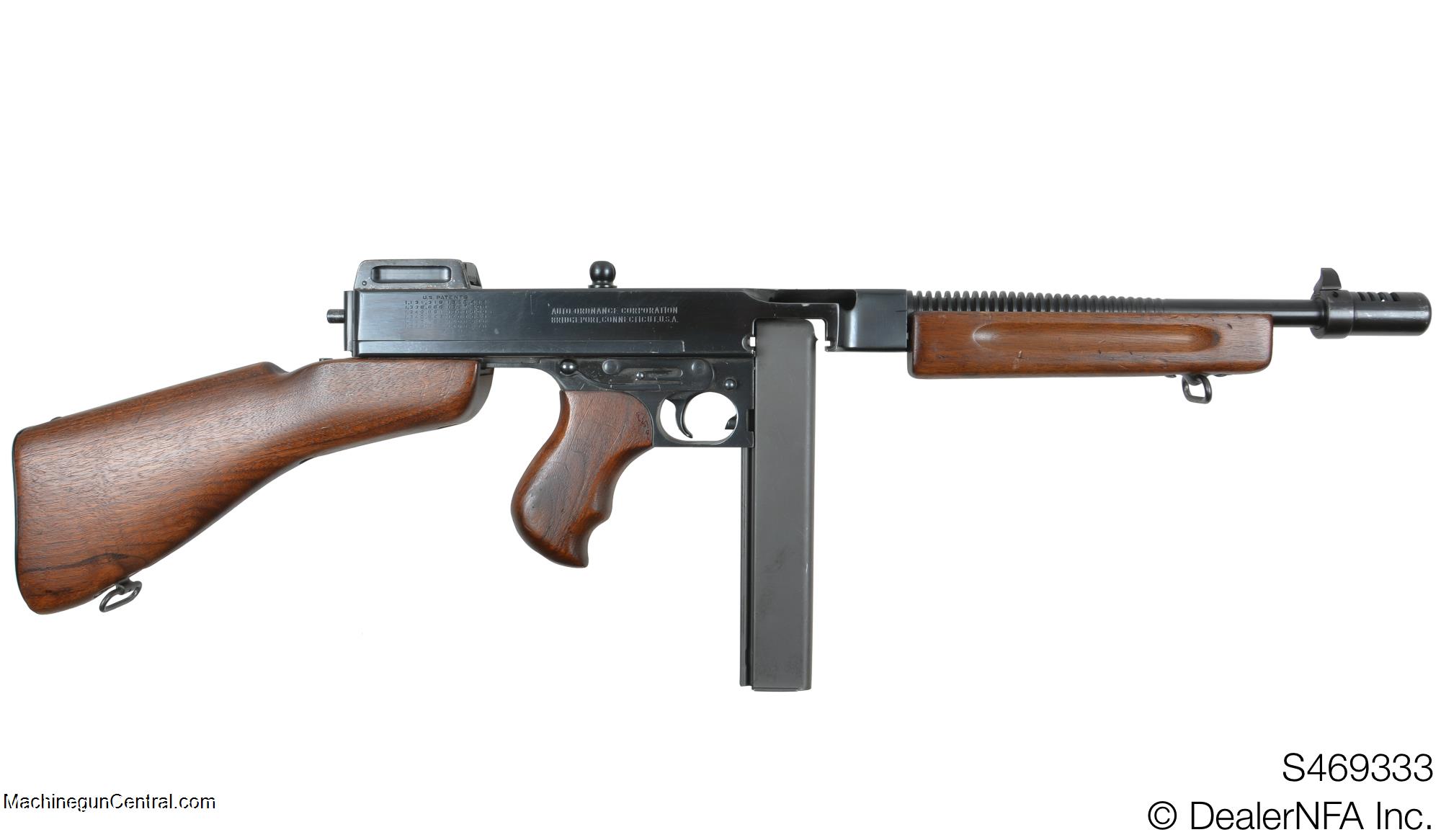 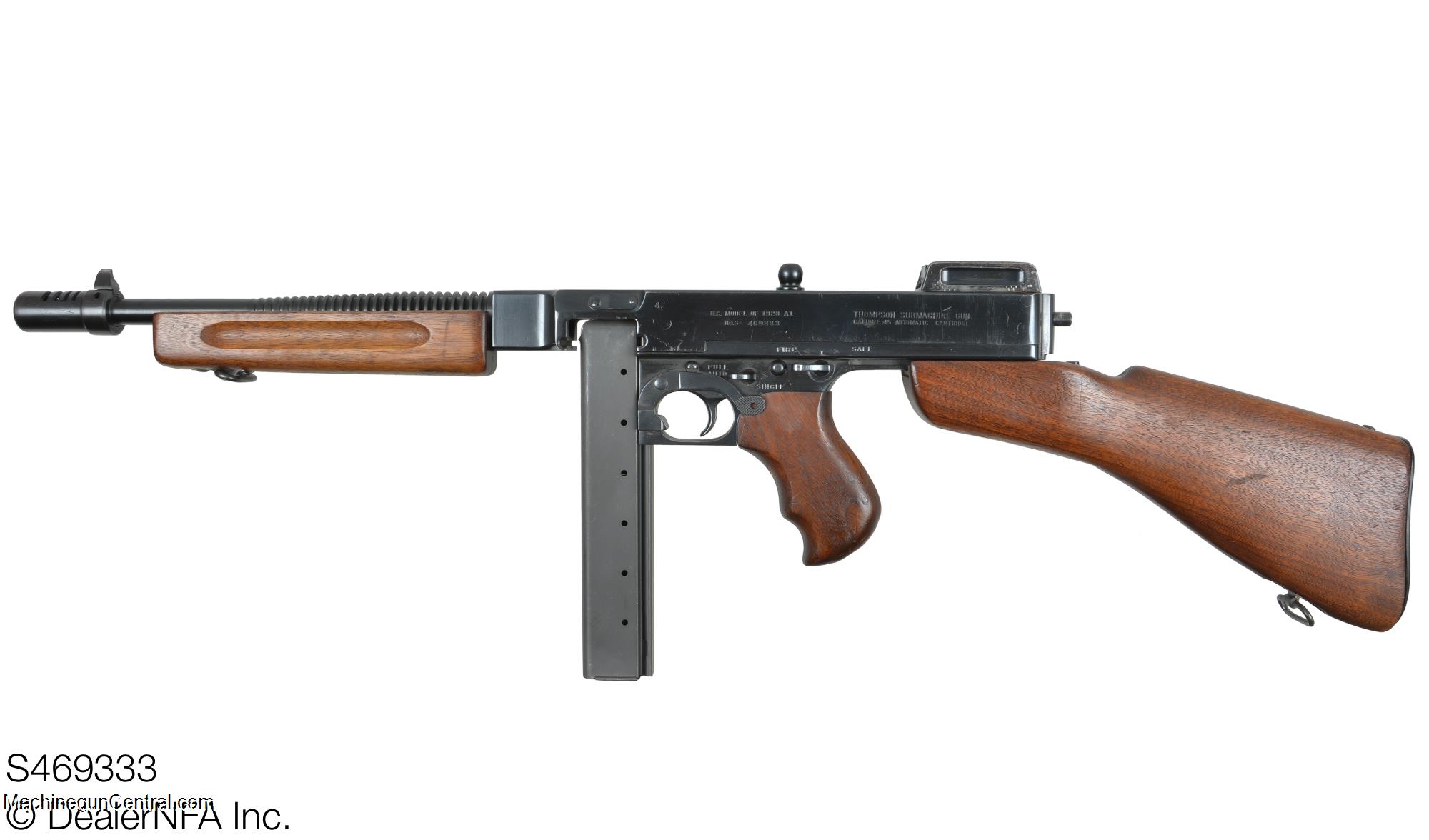 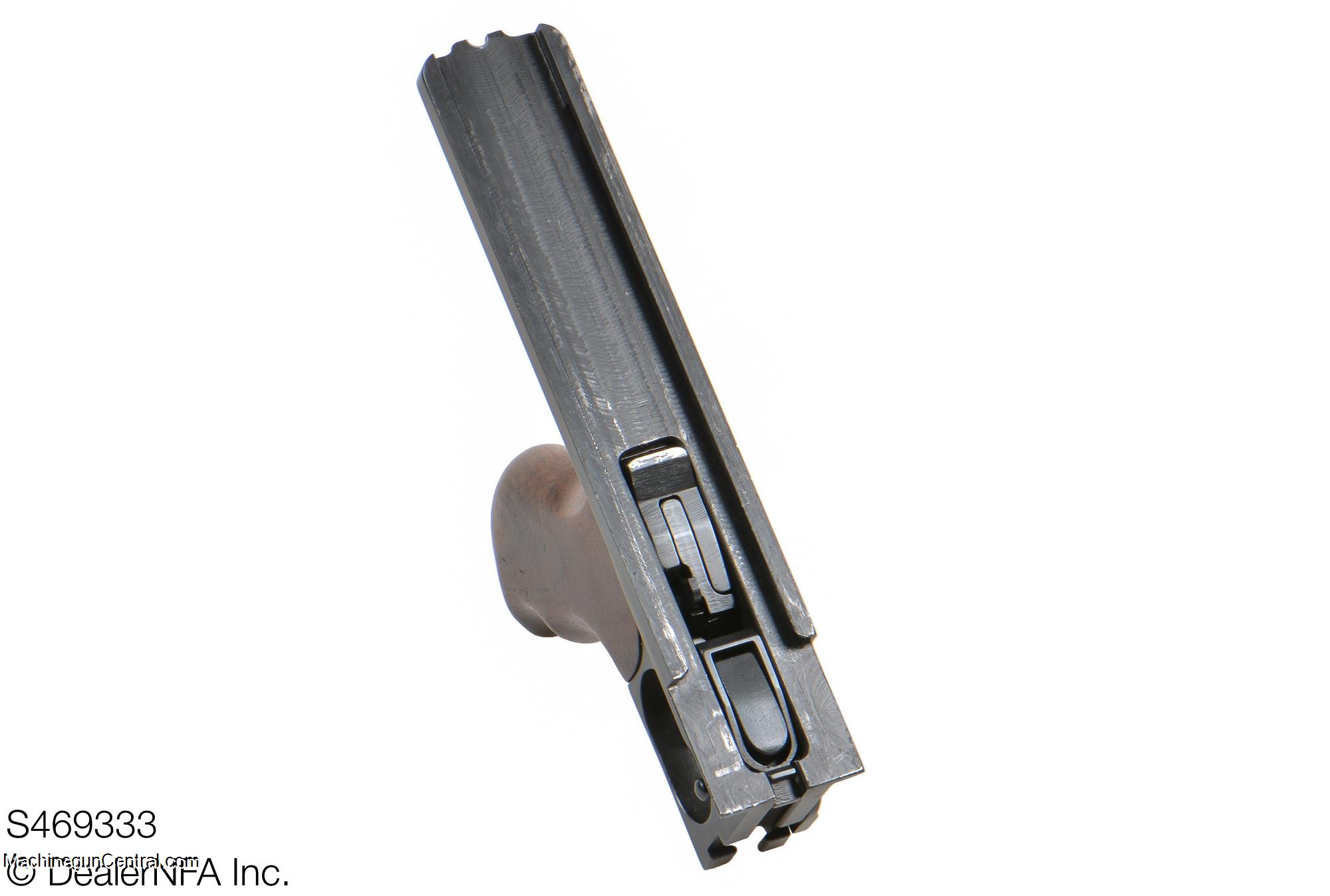 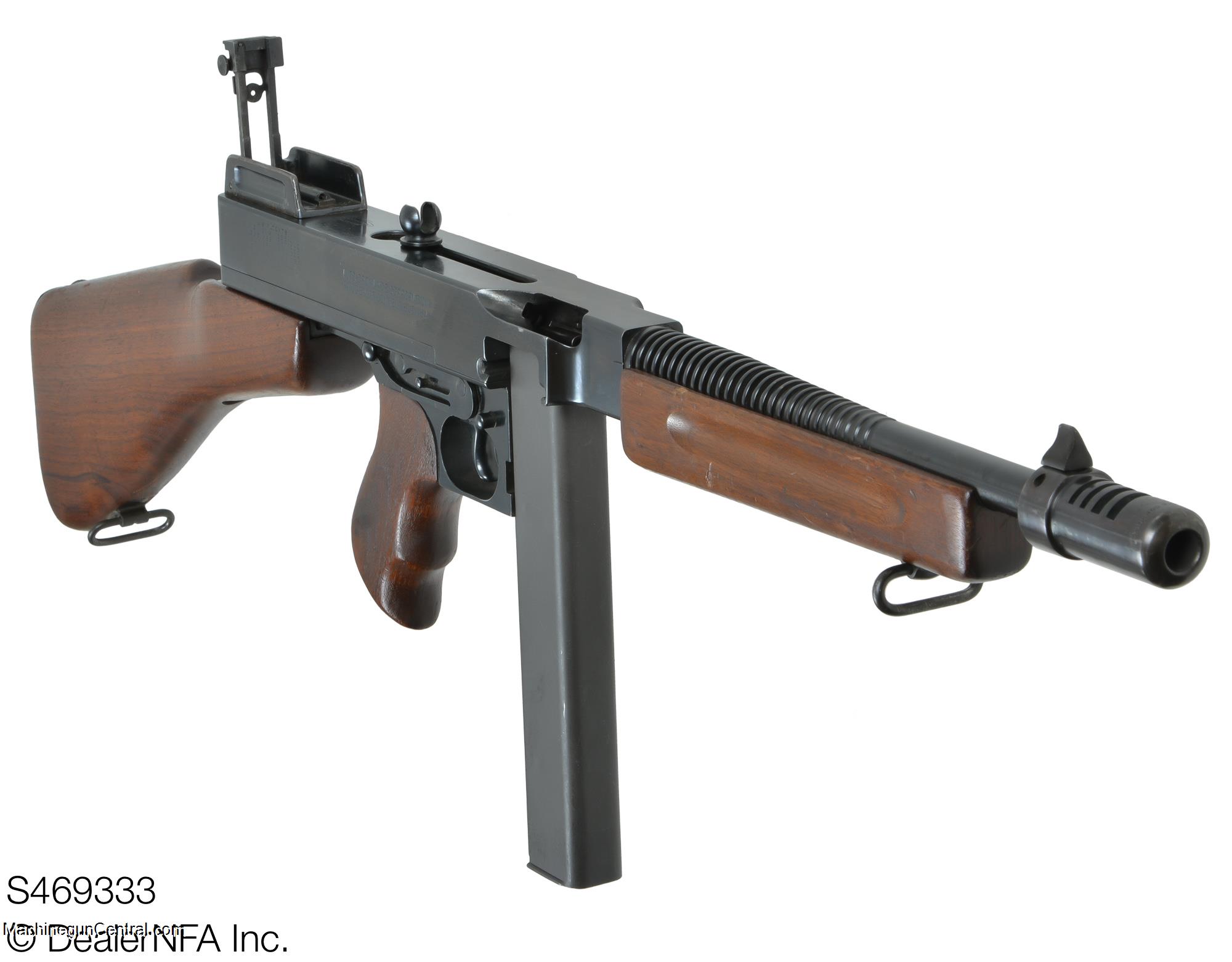 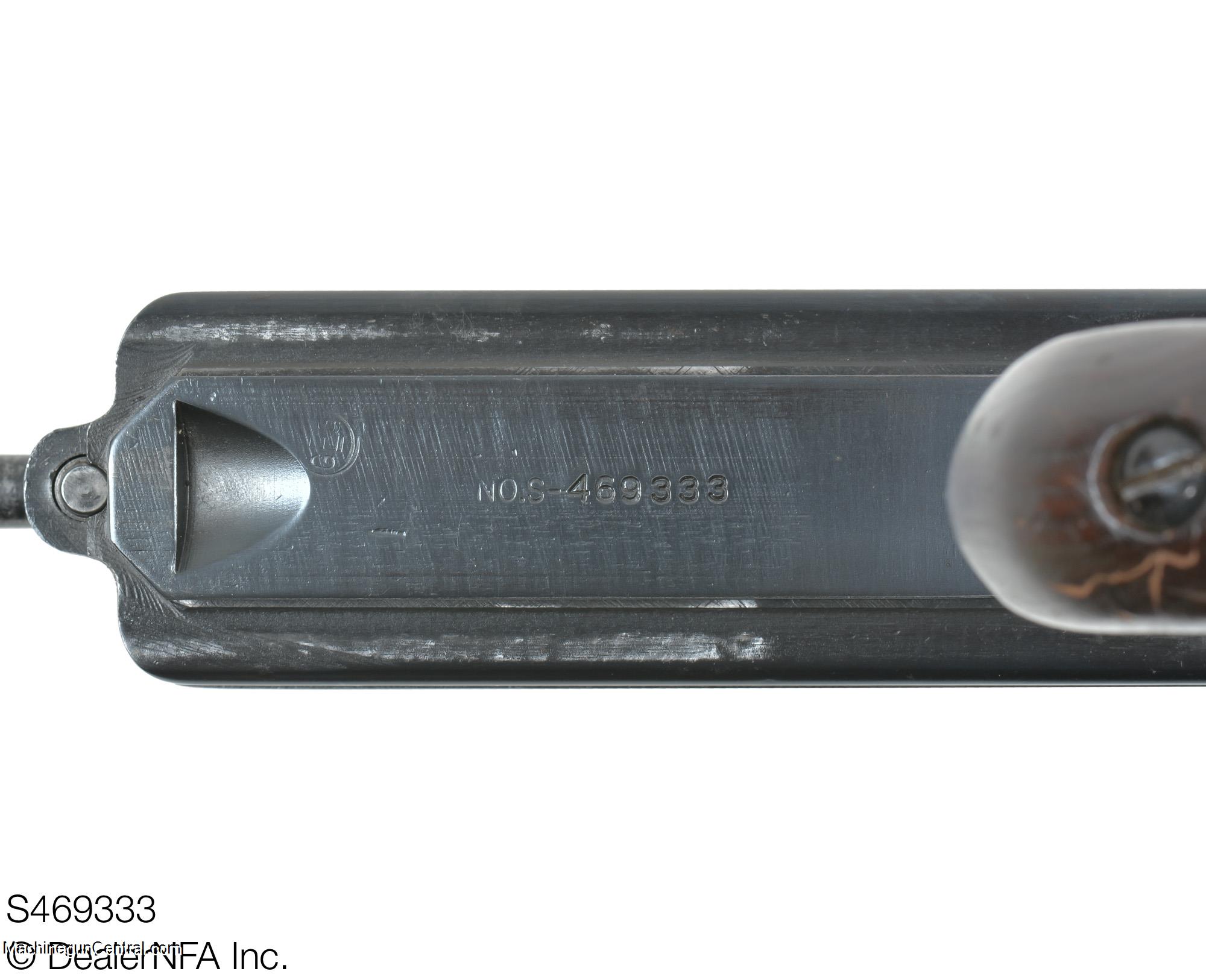 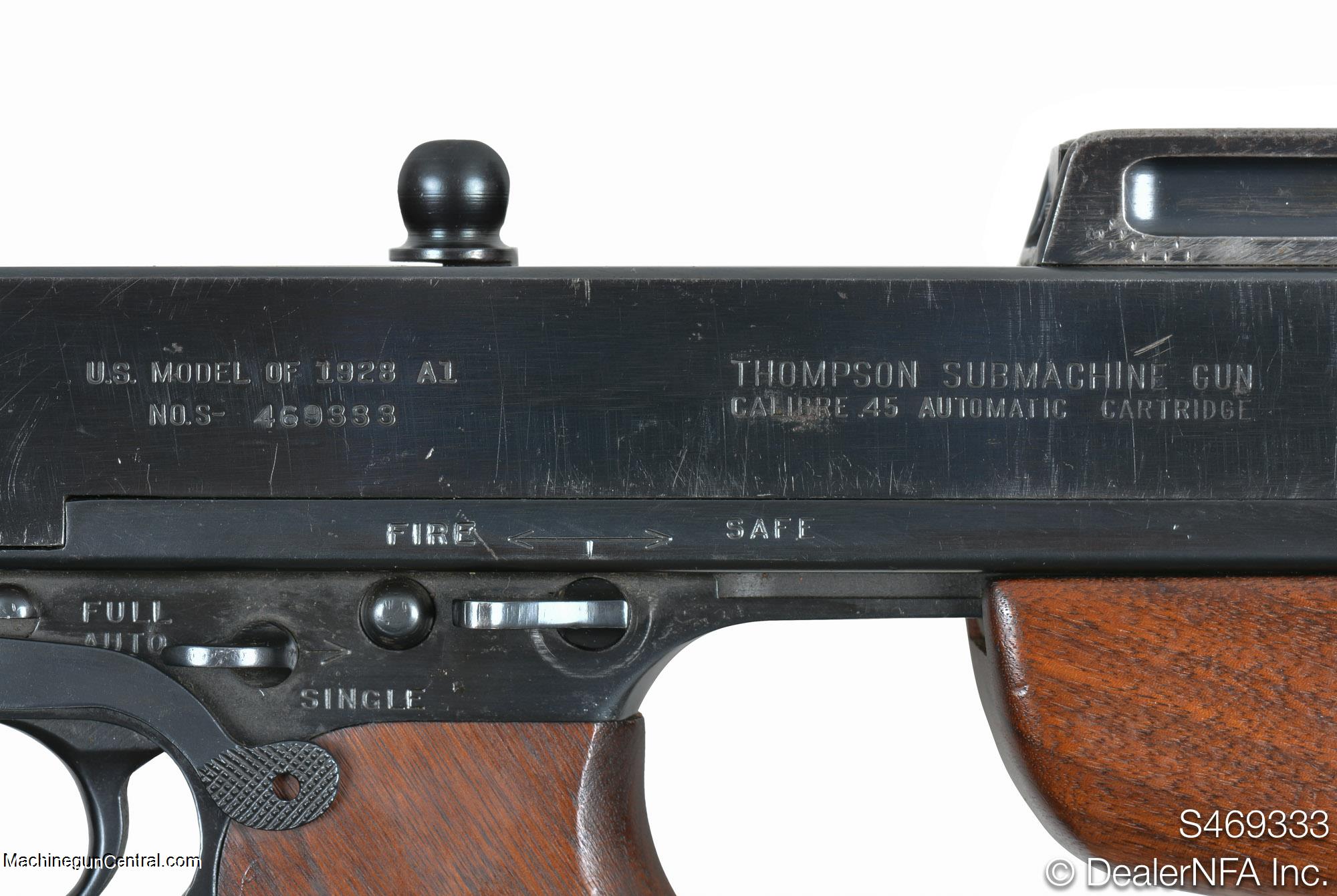 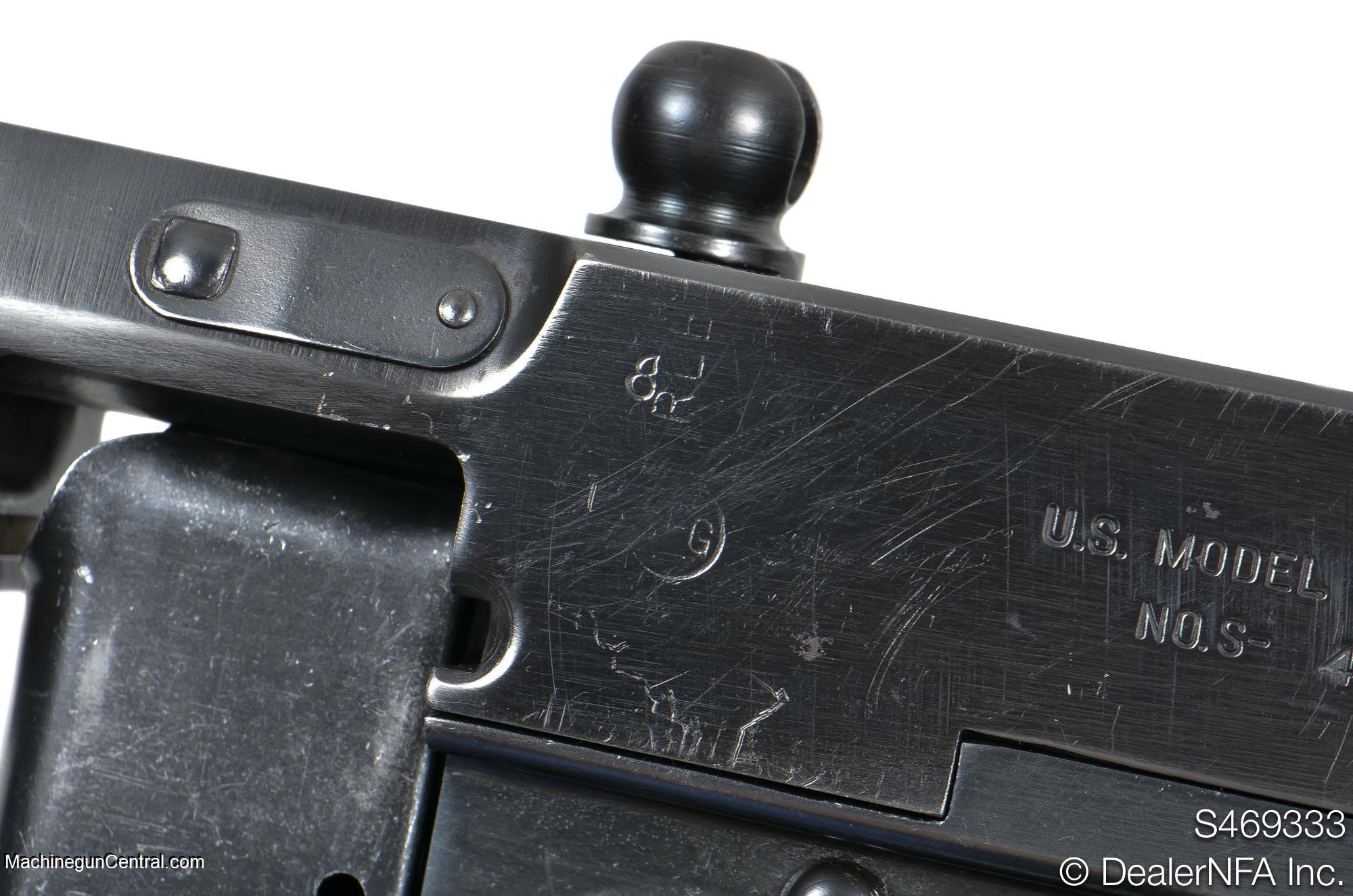 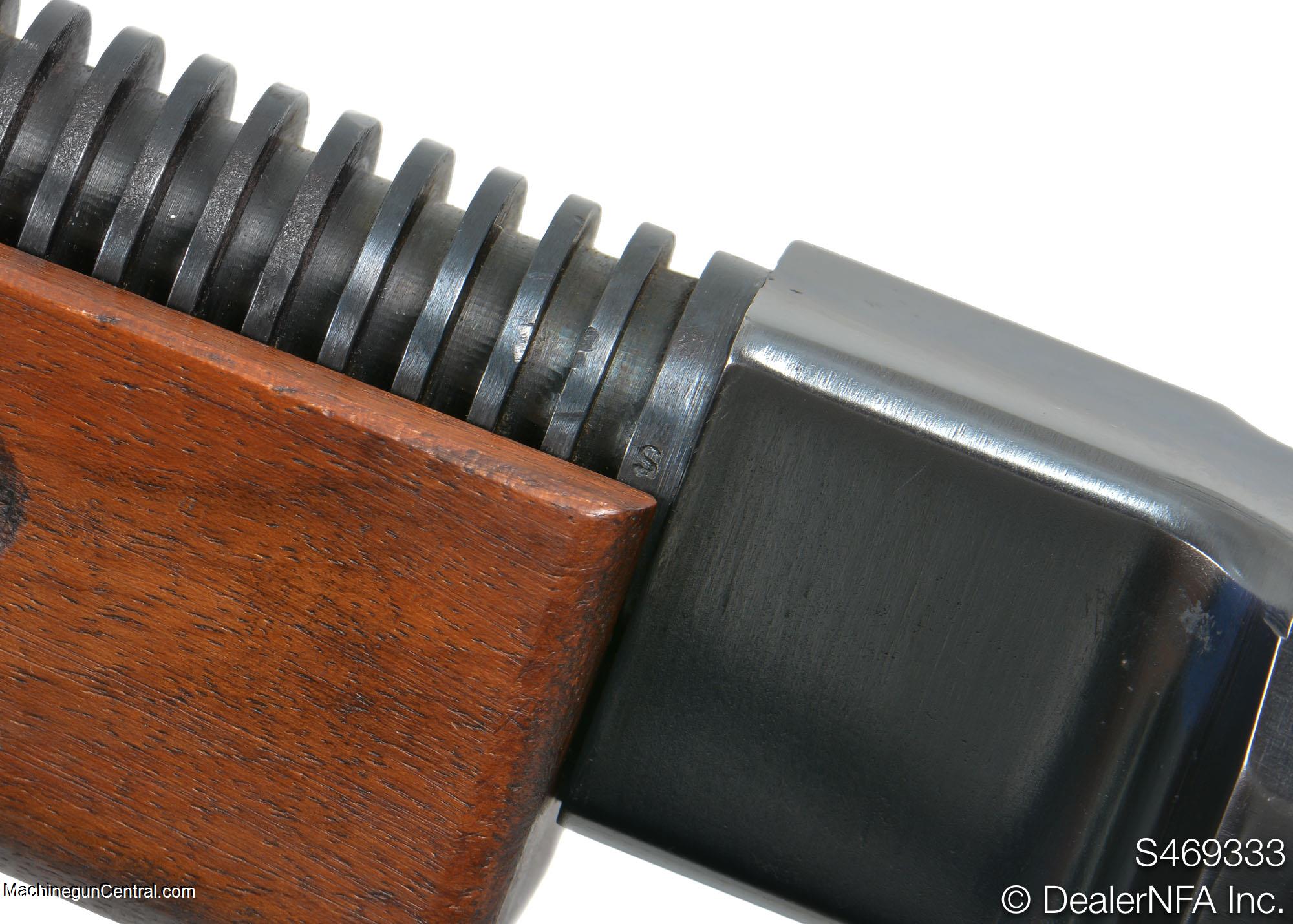 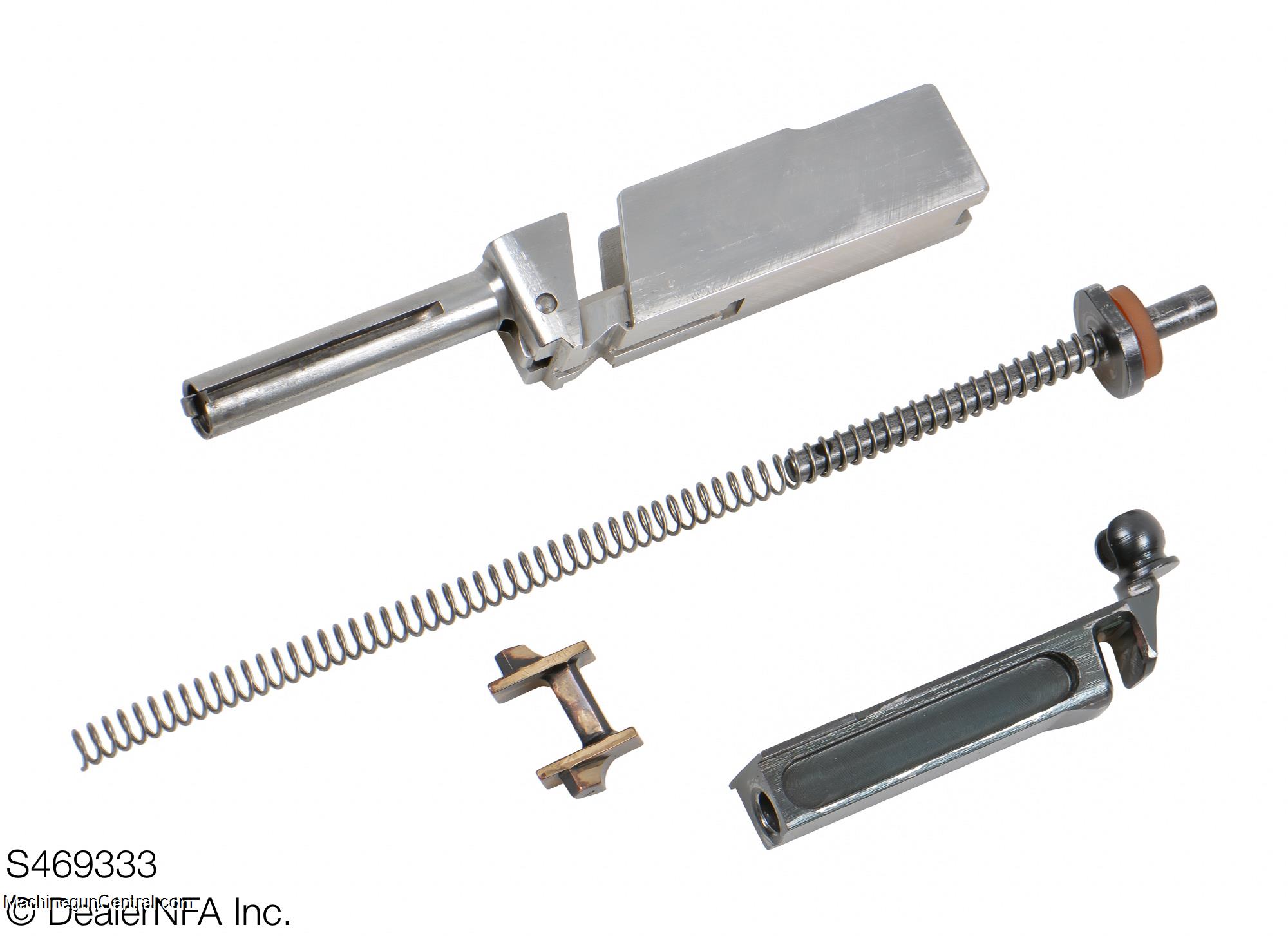 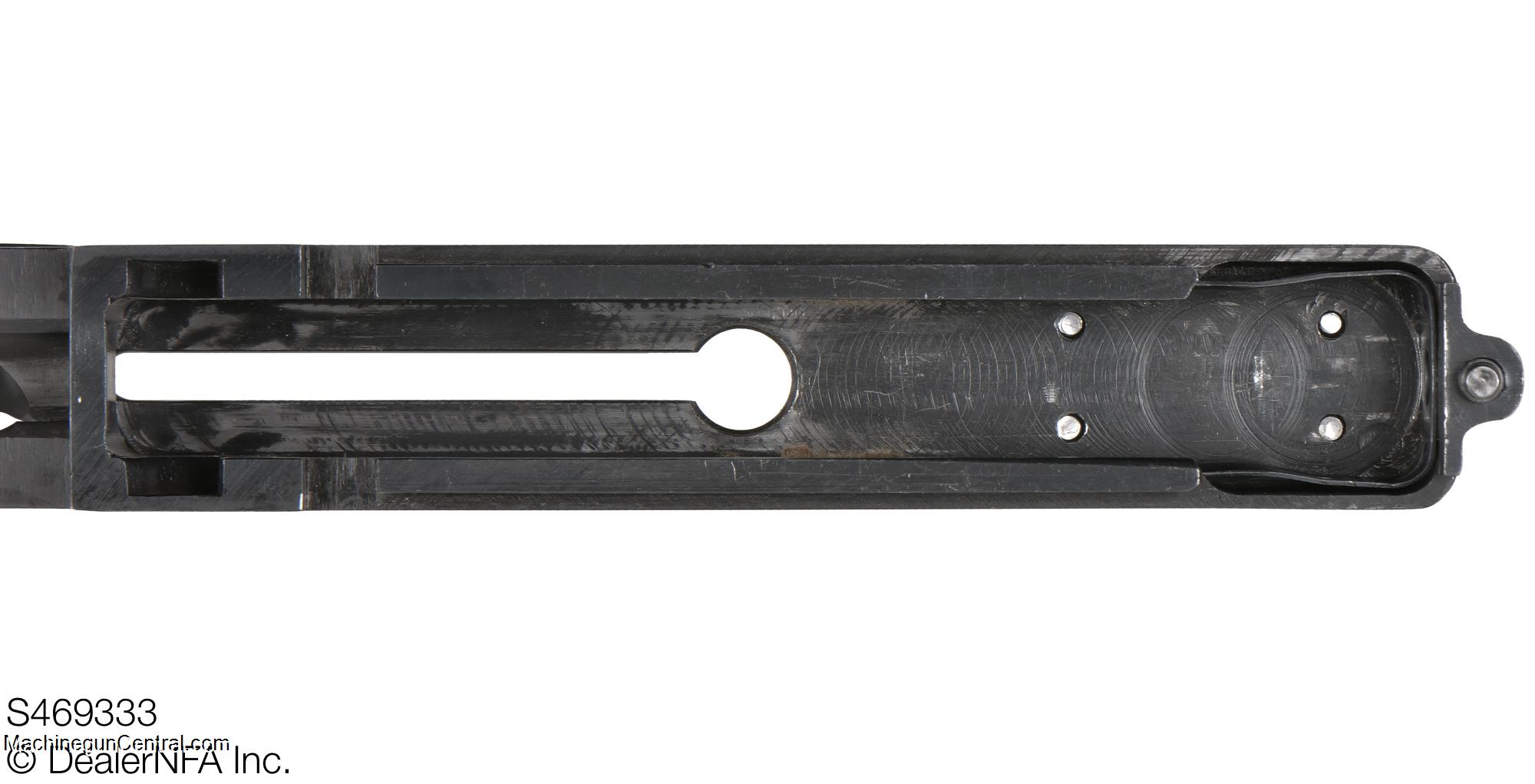 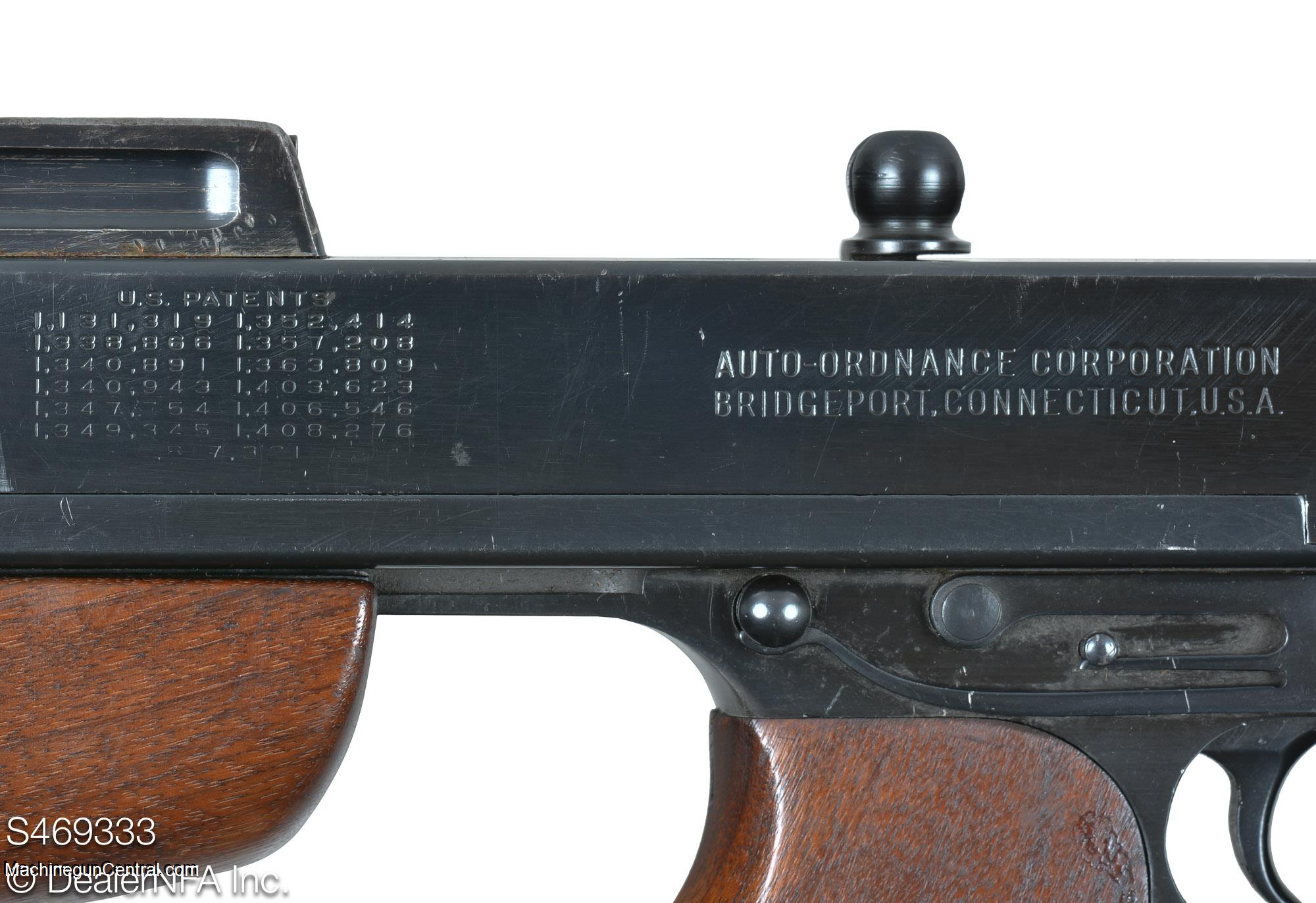 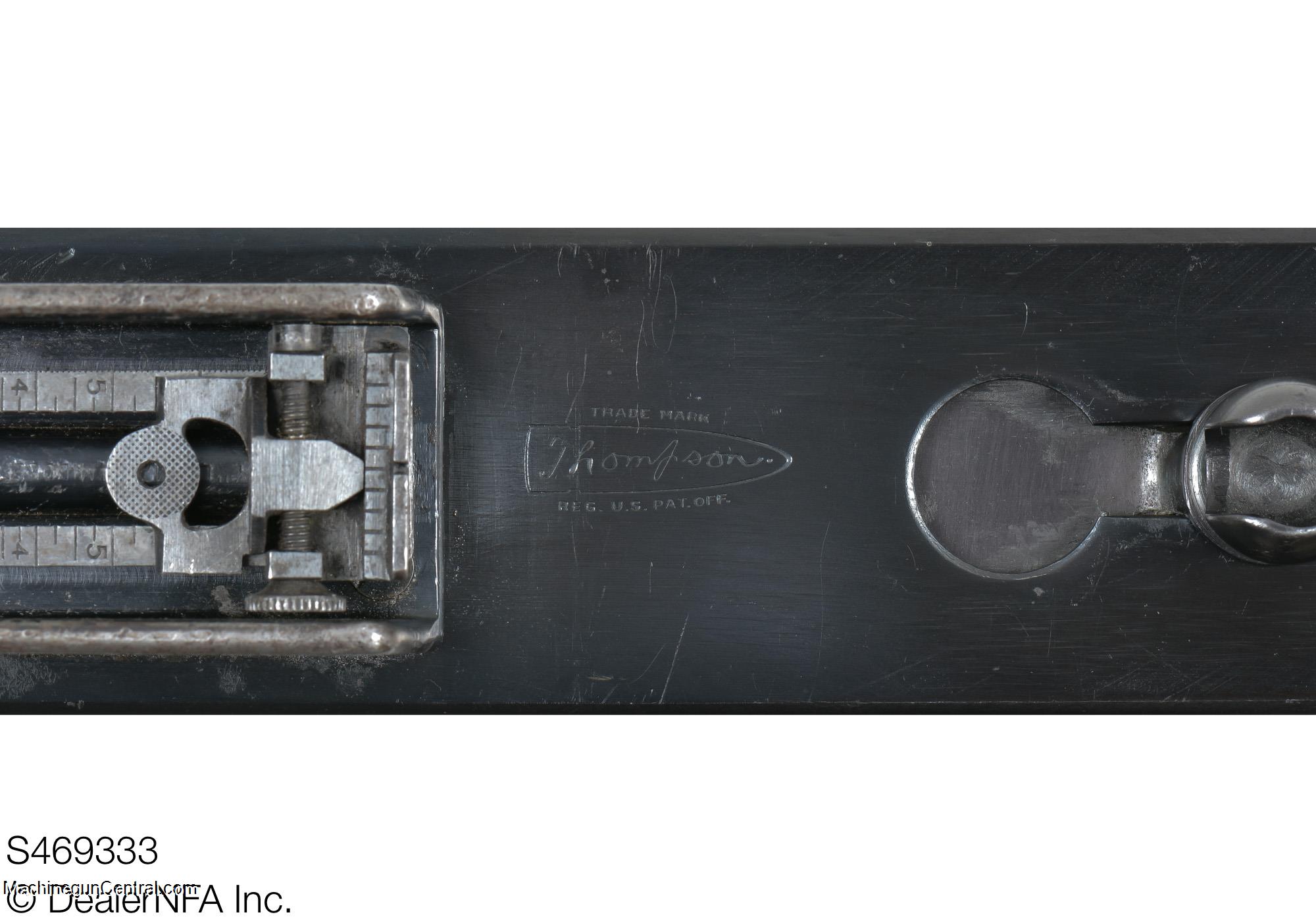 S469333 https youtu.be zNKiRsfDjX4 Savage M1928A1 Thompson Serial Number S469333, C&R This Thompson Submachine Gun, Model of 1928A1, serial number S-469333 was manufactured under contract by Savage Arms in Utica, NY for the Auto-Ordnance Corporation of Bridgeport, CT, most likely around April 1942.  While we do not have exact dates for production, some total production documentation exists, which includes a summary from Savage of their annual production, dated 19 December 1945, which indicated the following 1940 Production 42,954 Thompsons 1941 Production 264,271 Thompsons 1942 Production 476,306 Thompsons (This does not differentiate M1 production) Production of Savage Thompsons is believed to have started at serial 15,041, picking up where the Colt serial number range stopped.  Based on the above data from Frank Iannamico’s wonderful book, “American Thunder III,” the serial number production month rough estimate was made as follows Total 1940 and 1941 Savage Production = 307,225 – 15,040 (Previous Colt serials) = Serial number 292,185 at the end of 1941…Since 1942 production averaged 39,692 Thompsons per month, and the serial number of this particular Savage Thompson is 469333, which is 177,148 units into 1942, it was likely manufactured in April, 1942, particularly considering that the total 1942 production figures include early M1 production later that year, which was a simpler manufacturing design. This particular Savage Thompson is roll stamped on the left side of the receiver, U.S. MODEL OF 1928 A1, which became the standardized marking for this model, since it has periods included in the “U.S.” marking.  Earlier Savage 1928A1’s featured a couple of different variations of roll stampings leading up to this one.  Very early examples were roll stamped on the left side of the receiver, MODEL OF 1928, and had US manually added as a prefix (without periods), and A1 added as a suffix to the model marking, which read altogether, US MODEL OF 1928A1. When Russell Maguire acquired Auto-Ordnance in 1939, just before war broke out in Europe, he did not have a manufacturing facility, so he contracted with Savage Arms in 1940 to produce Thompson Submachine Guns.  The first Savage Thompsons came off the assembly line in April, 1940.  Savage continued to manufacture Model of 1928A1 and M1 M1A1’s up until 1944, while the Auto-Ordnance company factory in Bridgeport, CT also produced the same models from late 1941 to 1944.  Thompsons manufactured by both companies were marked with the Auto-Ordnance, Bridgeport marking.  Savage manufactured 1928’s can easily be identified as Savage by their “S” prefix. This Savage Thompson appears to have been refinished long ago, and the barrel has been recently replaced.  Its metal finish has fairly significant wear, many scratches, as well as some light wrench marks on each side of the rear sight.   The serial numbers on the receiver and lower frame match. It features a horizontal foregrip, a pinned Cutts Compensator, finned barrel, later style ejector, and later style, non-checkered fire control levers.  The actuator is the later production, non-checkered type.  The left side of the receiver features military acceptance markings characteristic of the Rochester Ordnance District, including the Ordnance Department “Flaming Bomb” mark, along with an “RLB” stamp for LTC. Ray L. Bowlin, who was the Army Inspector of Ordnance for the district from 1940-42. It is also stamped “GEG” for George E. Goll, who was the company inspector for Auto-Ordnance at the Savage production facility.  Its lower frame is also marked with a “GEG” stamp.  Incidentally, George E. Goll was the longest serving employee of Auto-Ordnance, starting as General Thompson’s driver, and later becoming President of the Auto-Ordnance Division of Maguire Industries.  Mr. Goll’s image was also featured in several examples of early 1920’s Auto-Ordnance sales literature.  The receiver also has an Ordnance “Flaming Bomb” stamp.  On the right side of the receiver, it has the Bridgeport address to the right, and the patent numbers to the left hand side, making it a 4th Savage type receiver, as referenced in Tom Davis excellent book, Great Britain - The Tommy Gun Story. This Savage Thompson would be an excellent shooter gun for a beginning Thompson collector, or for someone who wants to preserve their higher condition Thompson, and have another one to use for Thompson shoots and subgun matches. Includes a 30 round magazine and a Numrich Arms drum $25,995 As with all DealerNFA, Inc. guns, this item is owned by us, and in stock at our Miami office, where it is available for inspection or eForm transfer to a dealer in your state. Florida residents are subject to Florida Sales tax. Dealernfa, Inc Ruben Mendiola President For the quickest response, please contact us through our toll free number from 8 00 AM to 9 00 PM (Eastern) or by email. 305-271-3436 866-NFA-WANT (866-632-9268) Toll Free 866-415-7066 Toll Free Fax Please visit our website for more detailed images that can be magnified at dealernfa.com  Facebook Instagram Always looking for and paying top dollar for high quality legally registered machine gun, please either call me on my Toll Free line, email or fax. I pay the ATF transfer tax and payment is sent overnight. Class III Dealer since 1985. Dealing with high quality legal firearms is not a hobby but my profession; you will receive well deserved fast professional service. Serving you personally 7 days a week from 8 00 AM to 9 00 PM (Eastern) 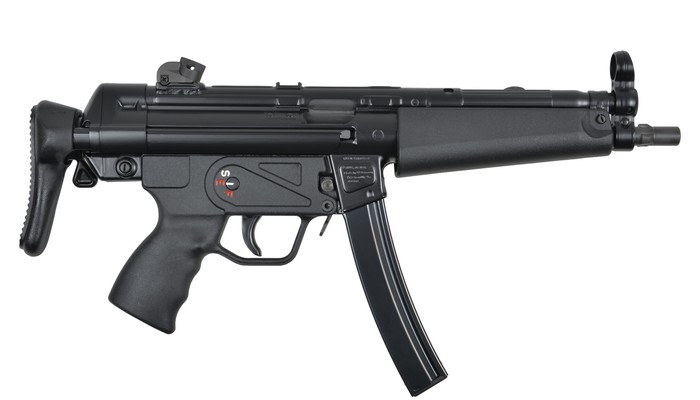 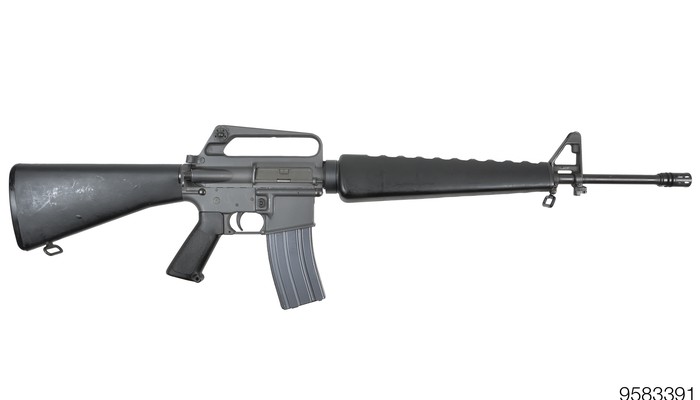 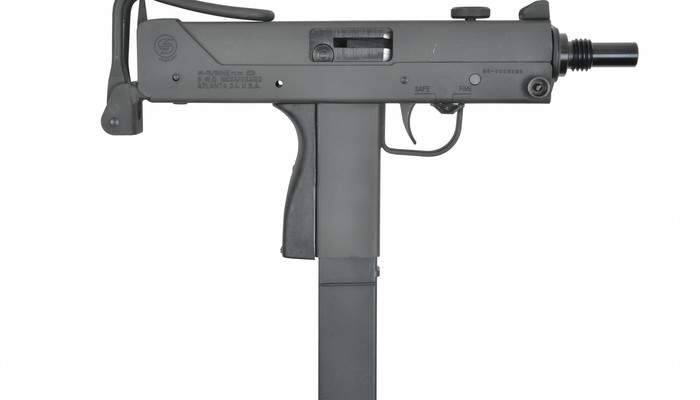 This form sends an email to the lister: Dealer NFA. Inc regarding listing #1735194