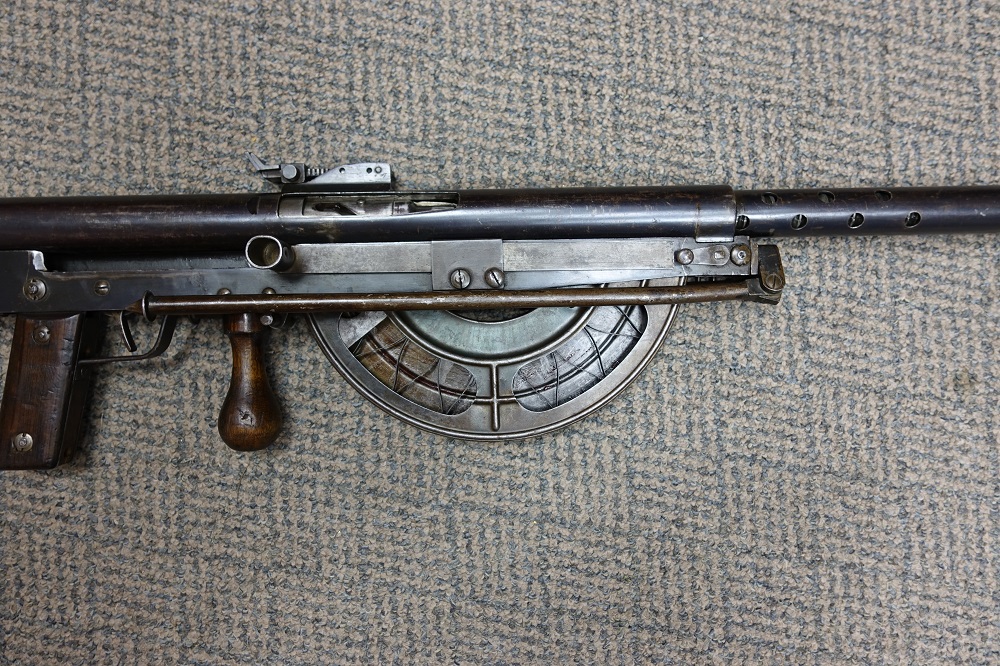 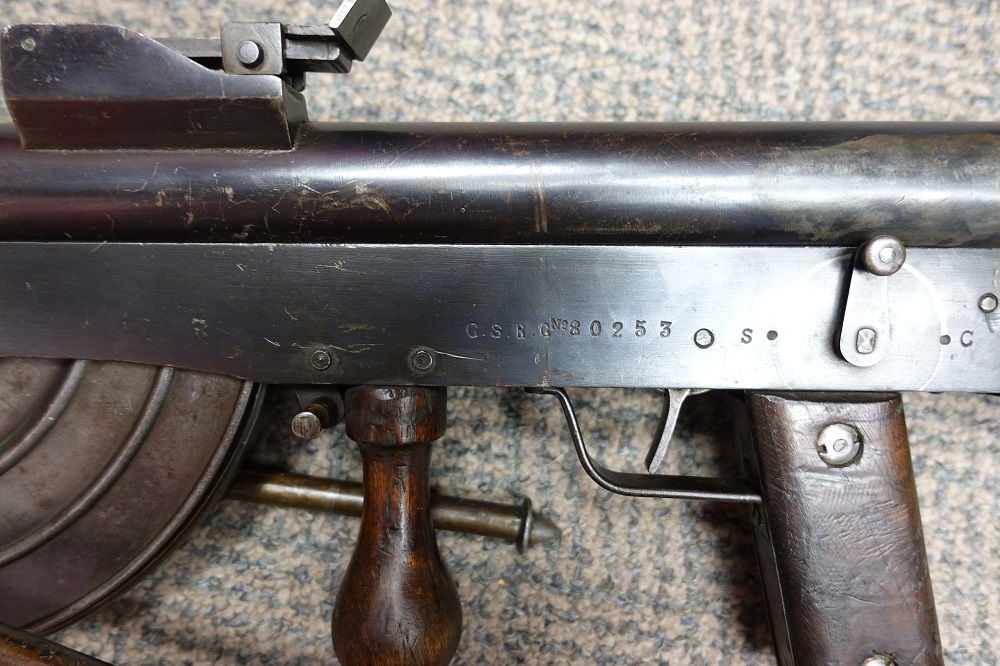 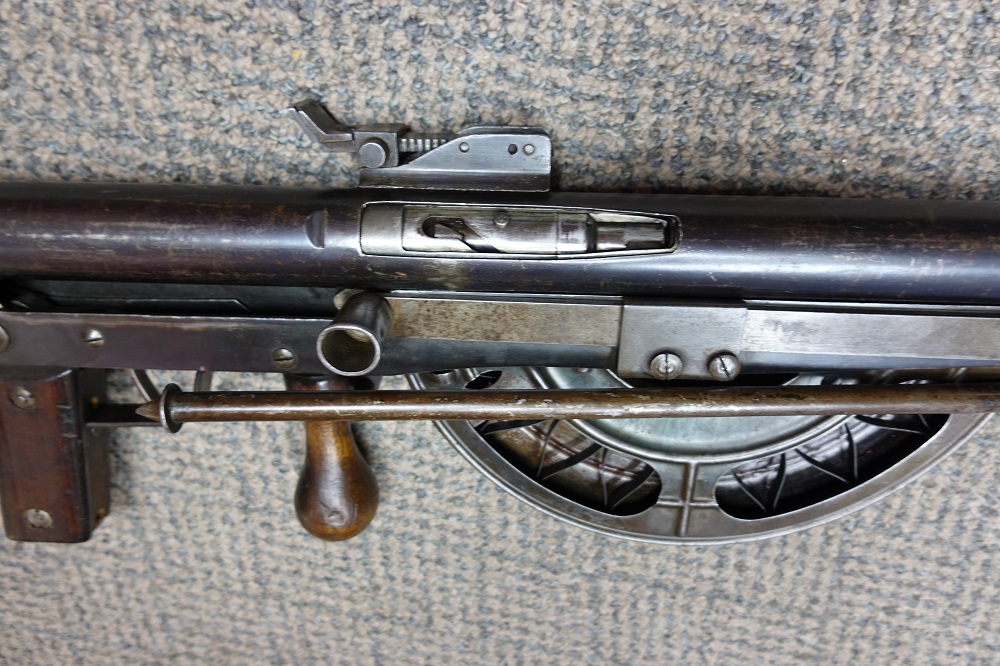 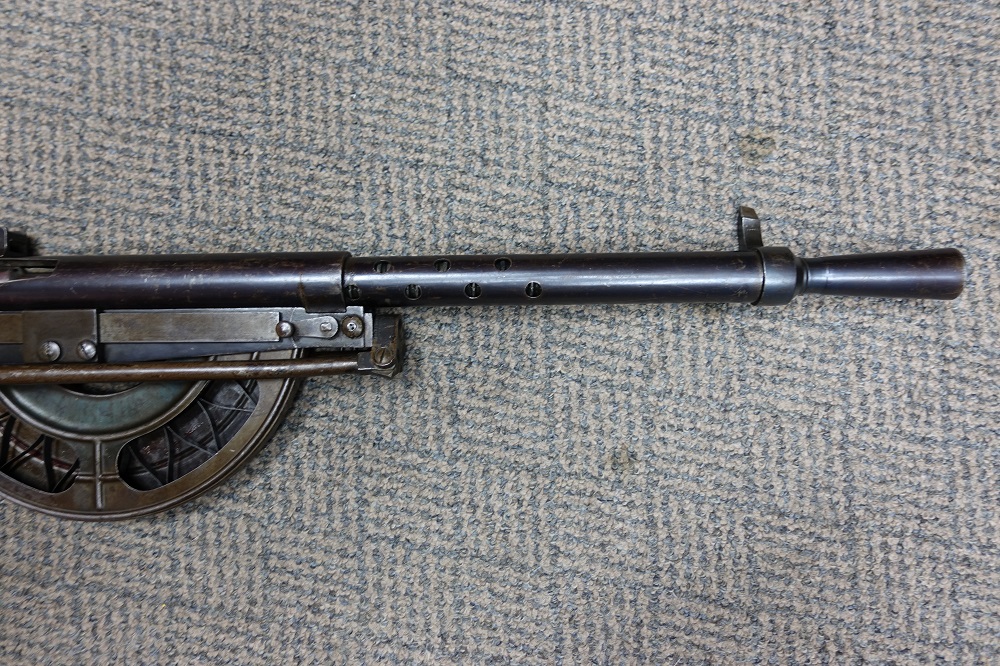 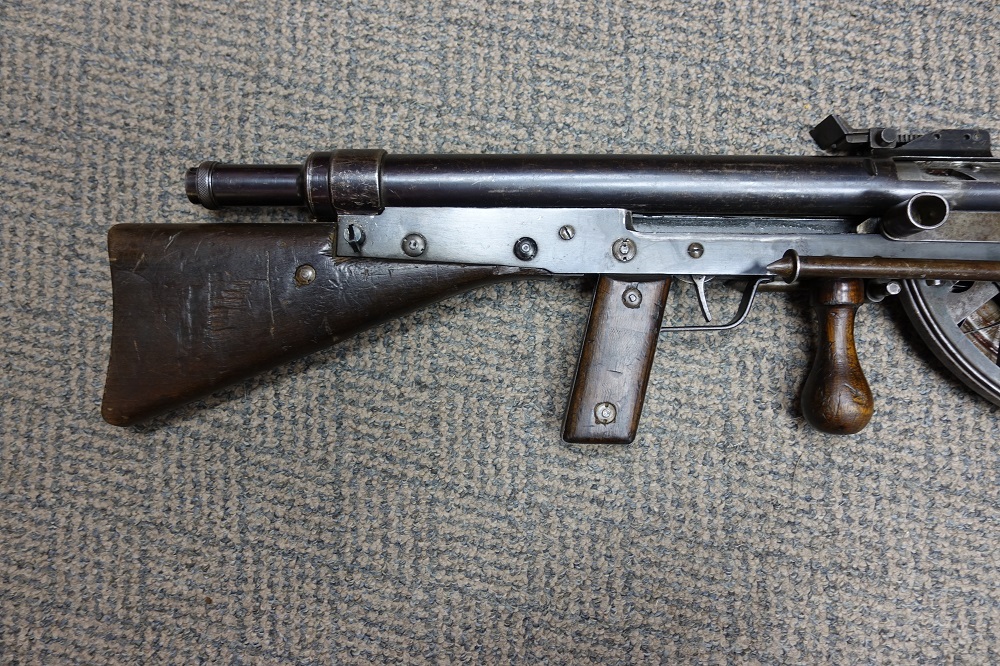 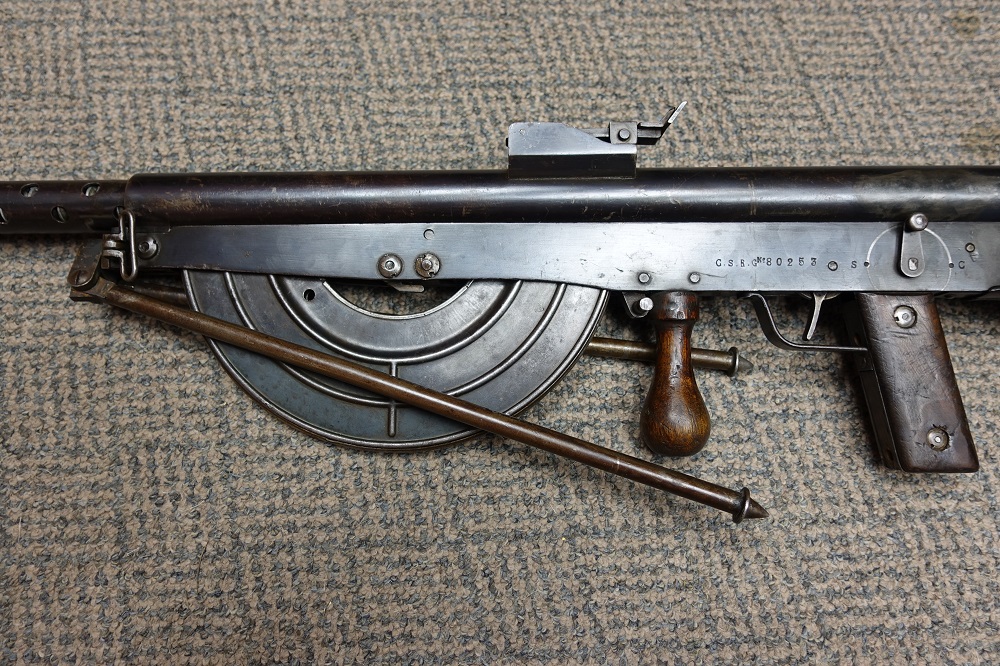 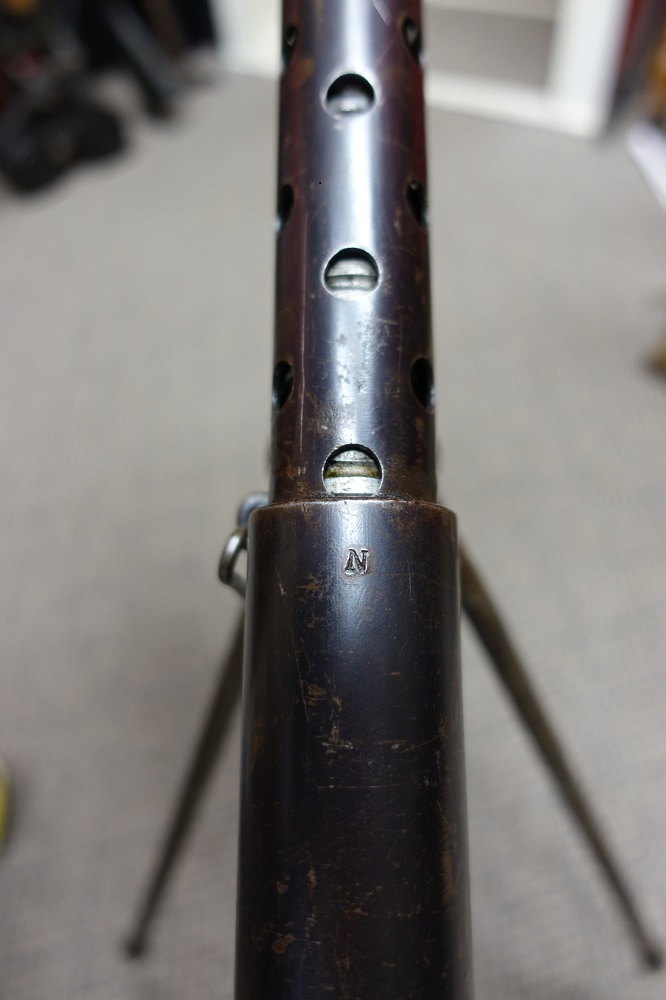 When the United States entered WWI, its armed services had several different belt-fed machineguns, but only one that could be considered “portable”, the pan-fed Lewis Gun. None of these various machineguns were in use by all the services, and none existed in any reasonable quantity. So American troops sent to Europe were issued French machine guns, the tripod-mounted 1914 Hotchkiss and the Chauchat Machine Rifle, both in 8MM Lebel caliber. The Hotchkiss was fed by a feed strip similar to America’s 1909 Benet Mercie machinegun, but the Chauchat was fed with a conventional magazine, though semi-circular. So, the “portable” machinegun American soldiers had access to in WWI was the Chauchat Machine Rifle, holding 20 rounds of French 8MM Lebel ammunition.

Across No-Man’s Land, the German’s portable machinegun was the 08/15 Maxim, holding 100 rounds of 8MM Mauser ammunition, but weighing fifty pounds, twice the weight of the Chauchat. Plus, the Chauchat was air-cooled, eliminating the process of keeping the water jacket full of water during combat.

The Chauchat was designed with an attached bipod for prone shooting and a forward vertical grip for “walking fire”. Although gun enthusiasts, with their H&K’s, M-16’s and M-4’s, criticize the Chauchat today, the Chauchat was a very functional weapon a century ago, if it had been issued enclosed magazines. But the semi-circular magazines were open on the right side, allowing the dirt and mud from trench warfare to easily enter the magazine, causing malfunctions. Research on Chauchat stoppages revealed that 80% of Chauchat malfunctions were caused by this flaw. So, troops issued the Chauchat learned quickly to keep their magazines well protected.

Two features shooters today appreciate in the AR-15, M-16 and M-4 are the pistol grip for the trigger hand and the masterfully-designed bolt assembly with locking lugs that rotate into their locking fixtures at the rear of the barrel with each shot. Although French-designed firearms are frequently criticized, the Chauchat Machine Rifle, designed in 1915, has the same basic pistol grip for the trigger hand and it has a bolt assembly with rotating locking lugs! The portable automatic rifle issued to America’s Doughboys, the Chauchat, was, in some important ways, well ahead of its time.

Ammunition for the Chauchat is the same as the 1914 Hotchkiss used: 8MM Lebel, designated either 8X50R or 8X51R. French rifles used this caliber for 70 years. Loaded, non-corrosive, boxer-primed ammunition is available from SGAmmo.com and other sources, as are brass and appropriate bullets for reloaders.

This Chauchat offered for sale, serial number 80253 manufactured by CSRG, has its original blued finish and is in very good condition for a machinegun that is over one hundred years old. Note the stamped letter “N” on the picture showing the top of the receiver. This mark indicates that a French arsenal rechambered this Chauchat to the later-designed 8MM Lebel cartridge, the cartridge available today.

To learn more about the Chauchat, purchase the book HONOR BOUND – THE CHAUCHAT MACHINE RIFLE, by Buffetaut and Damaison.

Most Chauchat’s offered for sale have not been fired in decades. Some are still chambered for an earlier-dimensioned 8MM Lebel cartridge and need to be slightly rechambered. This Chauchat fires available 8MM Lebel ammunition. A video of this Chauchat shooting is available by emailing a request to [email protected] Or call us at 575-405-0911. This fully-transferable C&R Chauchat is priced at $9,000 plus shipping. Transfers tax free to your dealer by eFile. Trades considered - Call and we can discuss it.

This Listings Subtitle: Ironically, the CHAUCHAT bolt functions like an M-16 Bolt. Where did Stoner get his idea?