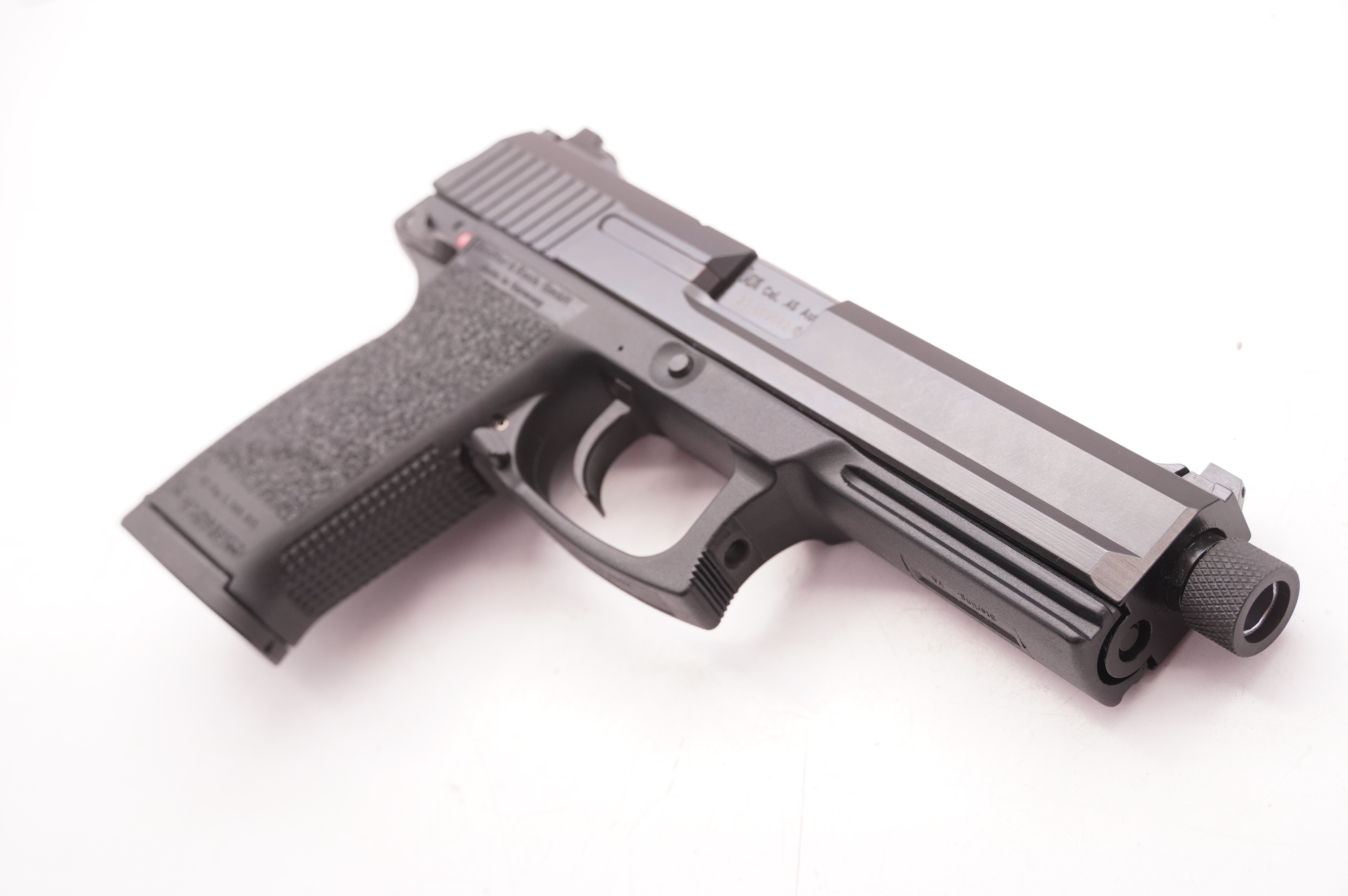 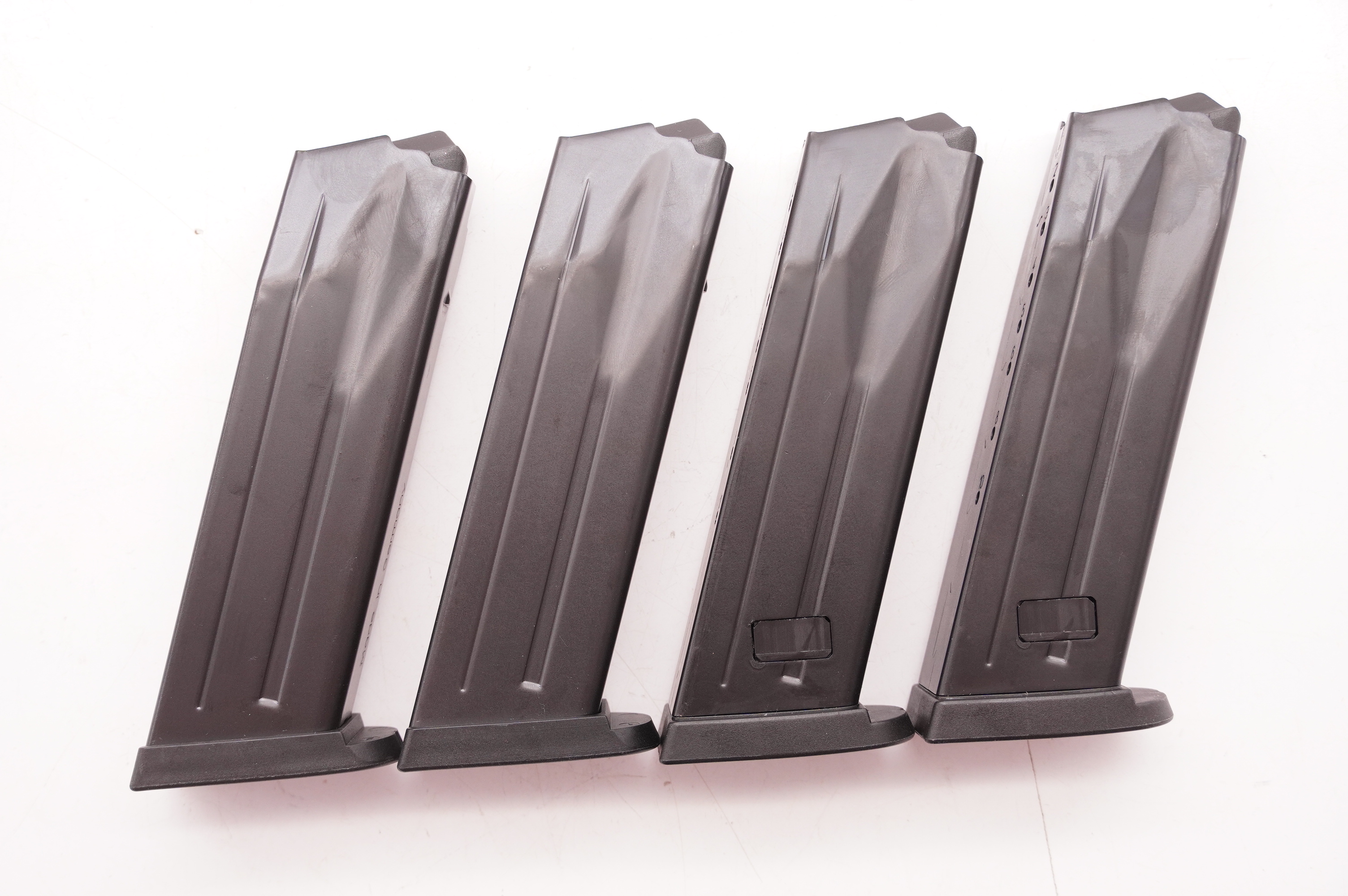 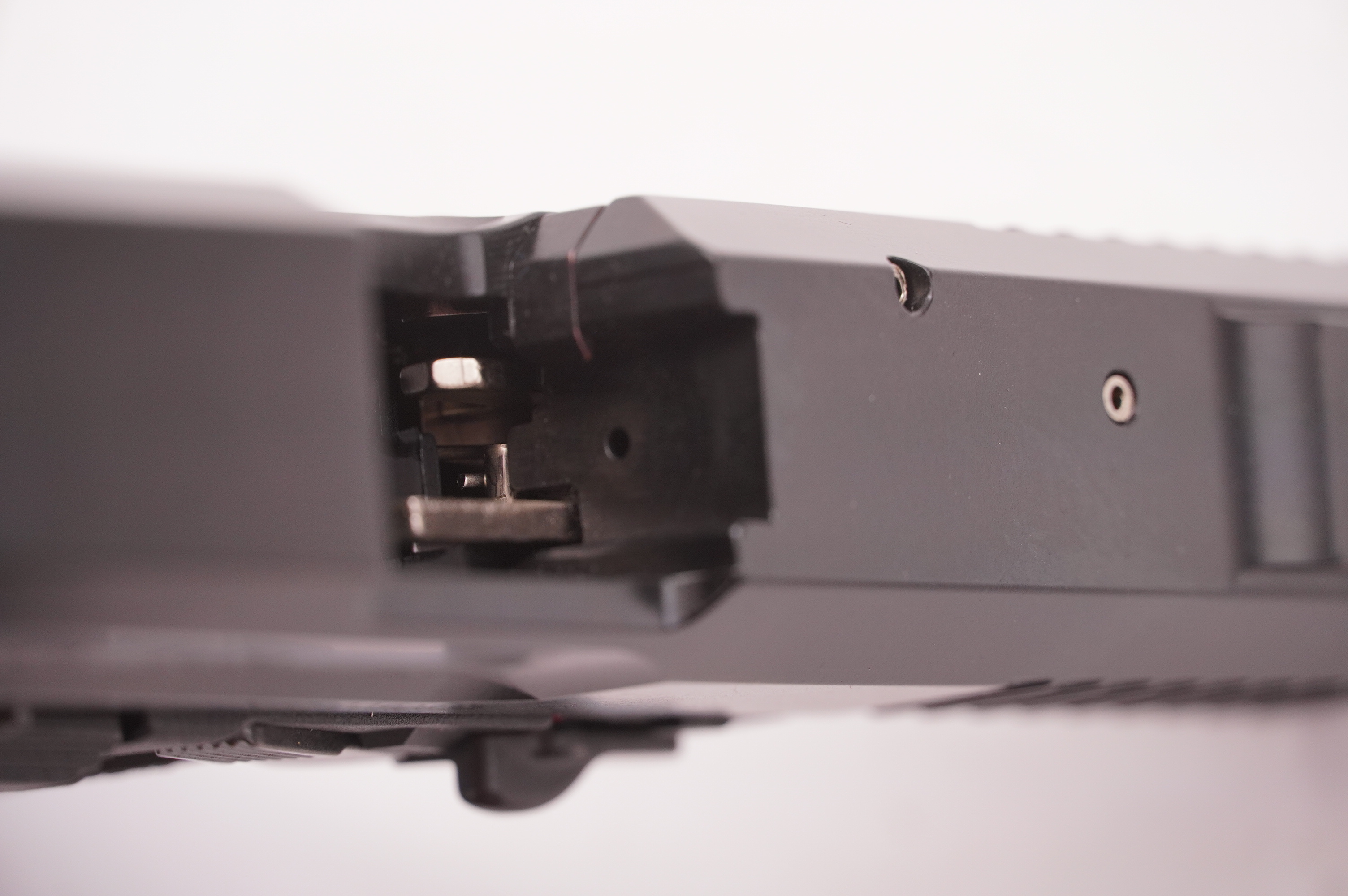 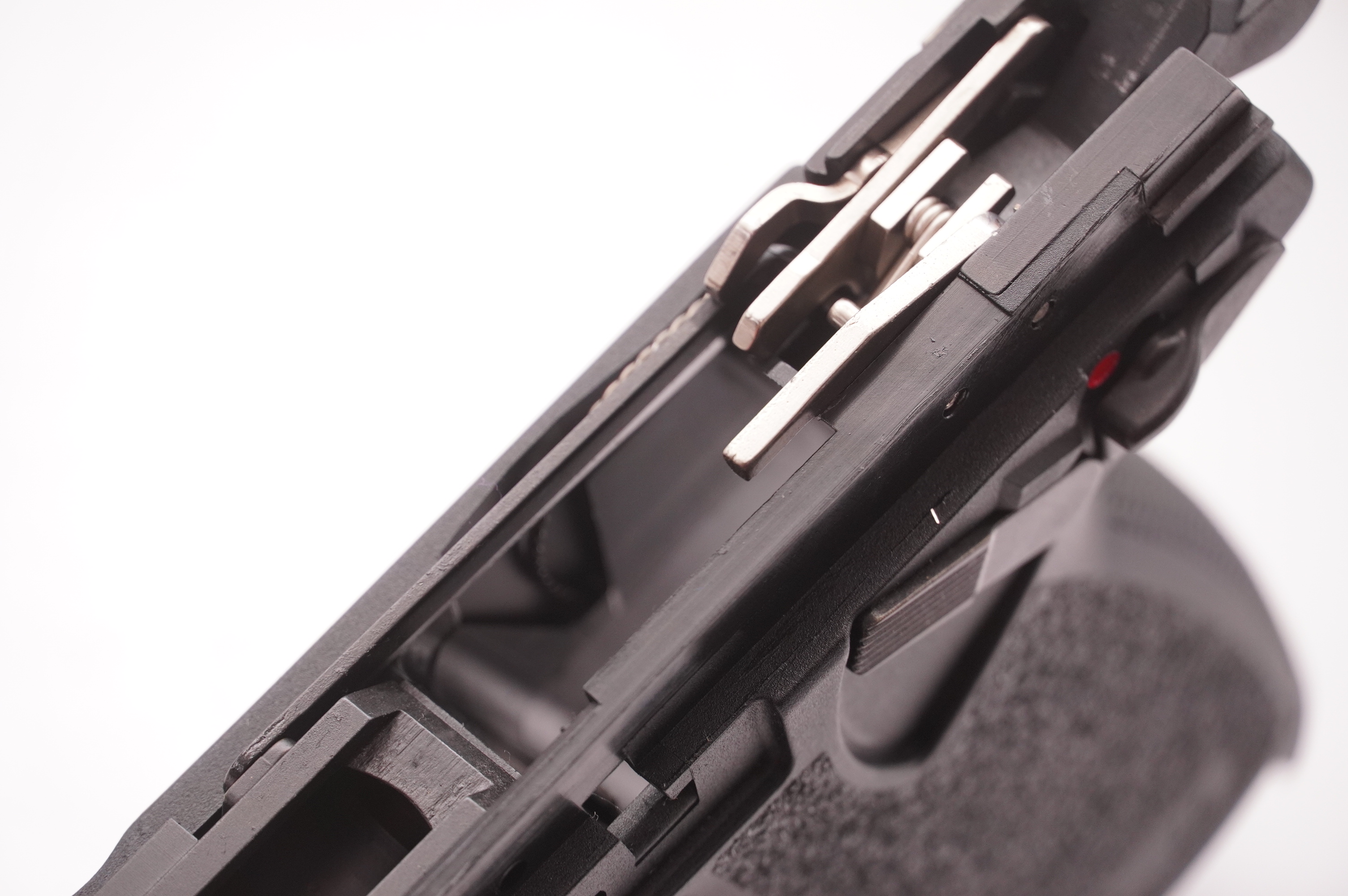 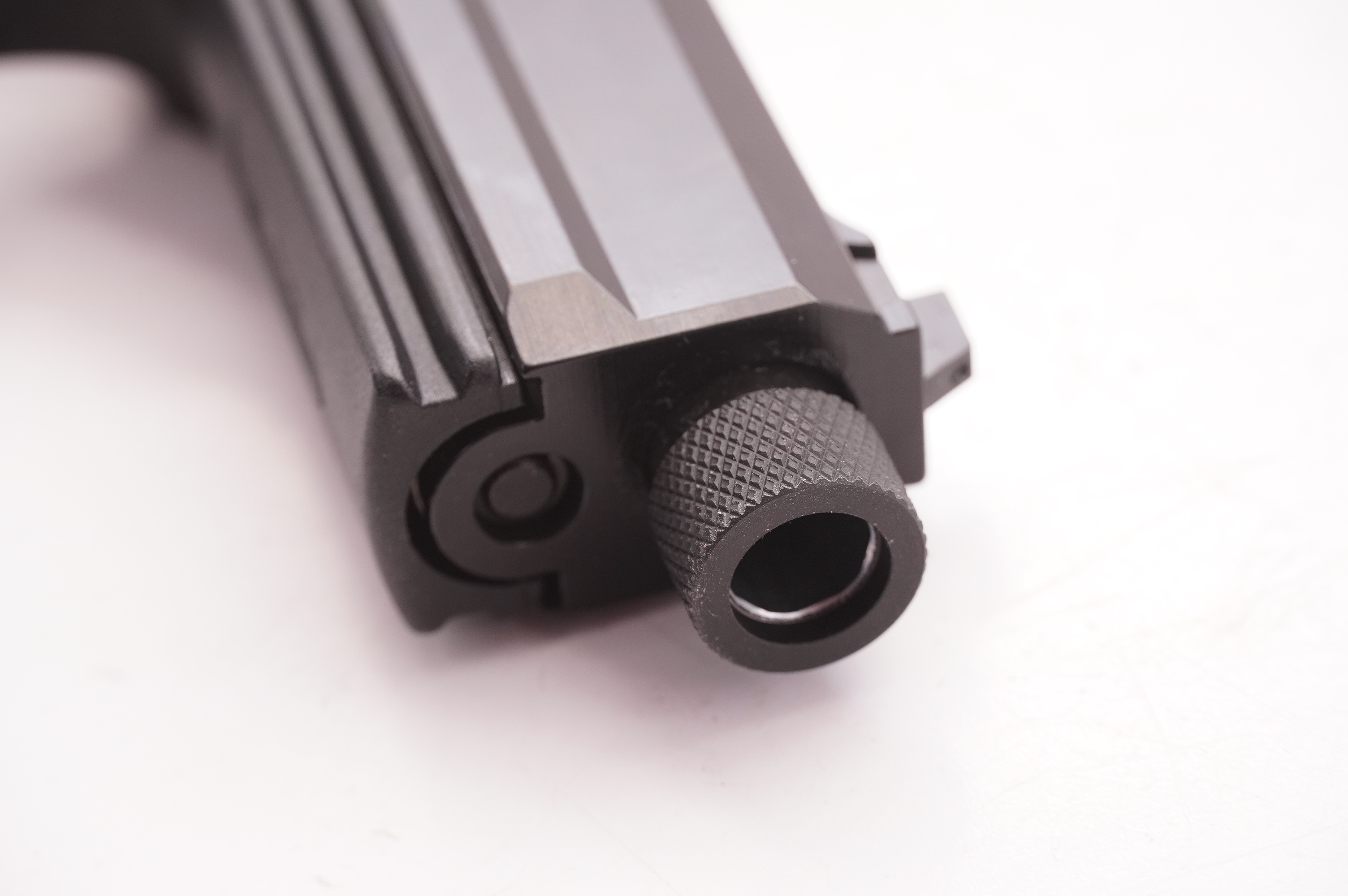 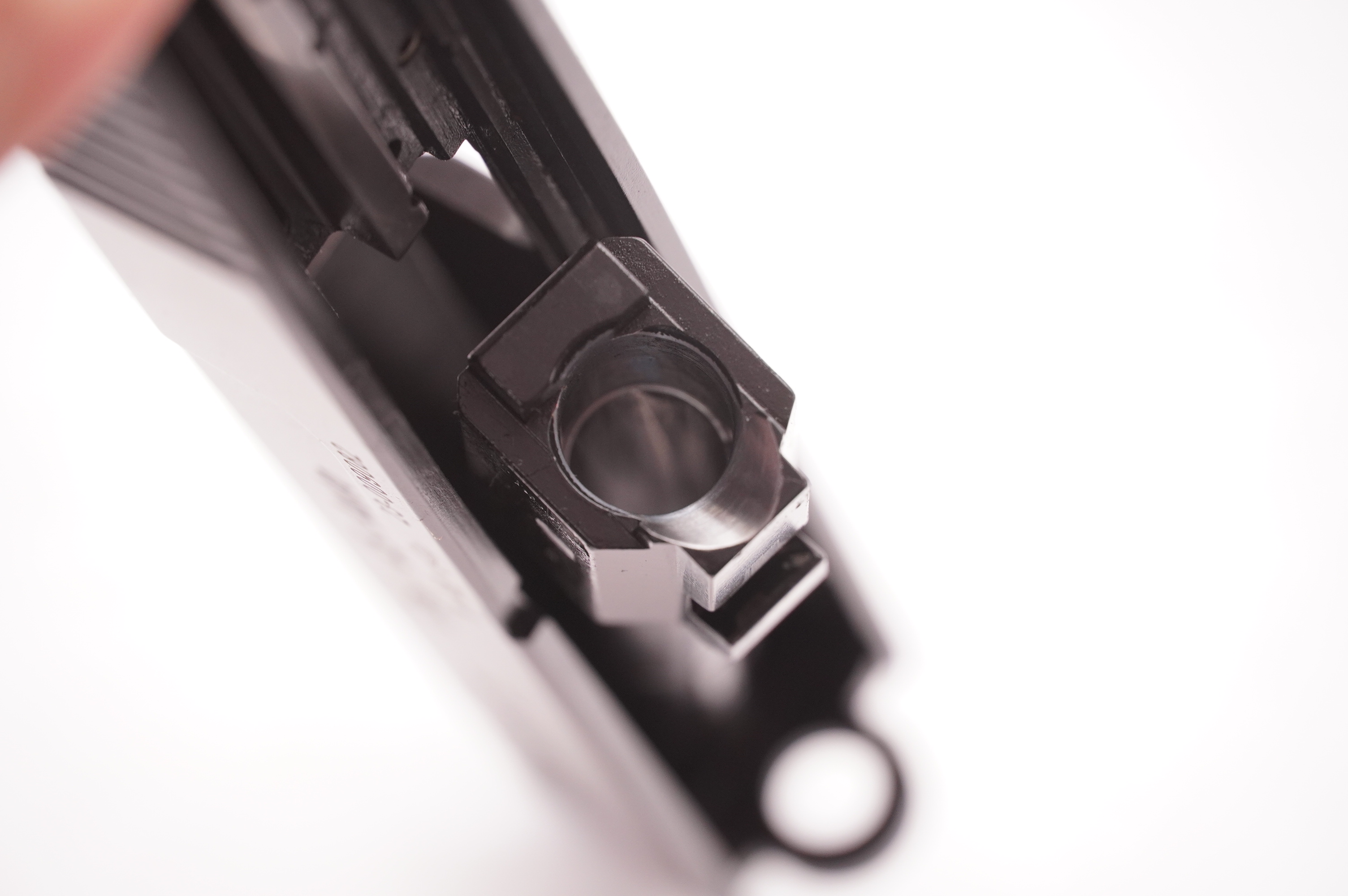 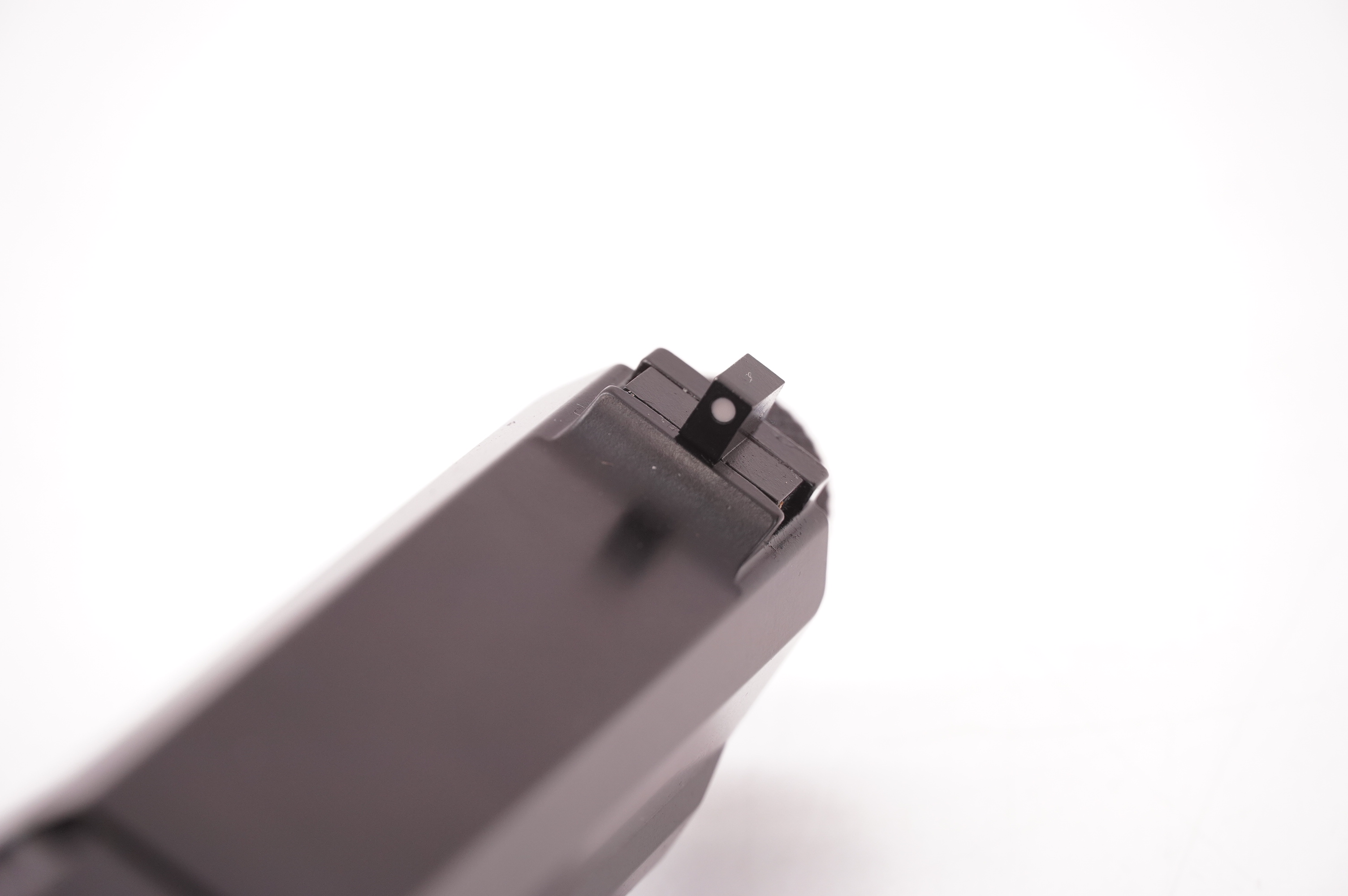 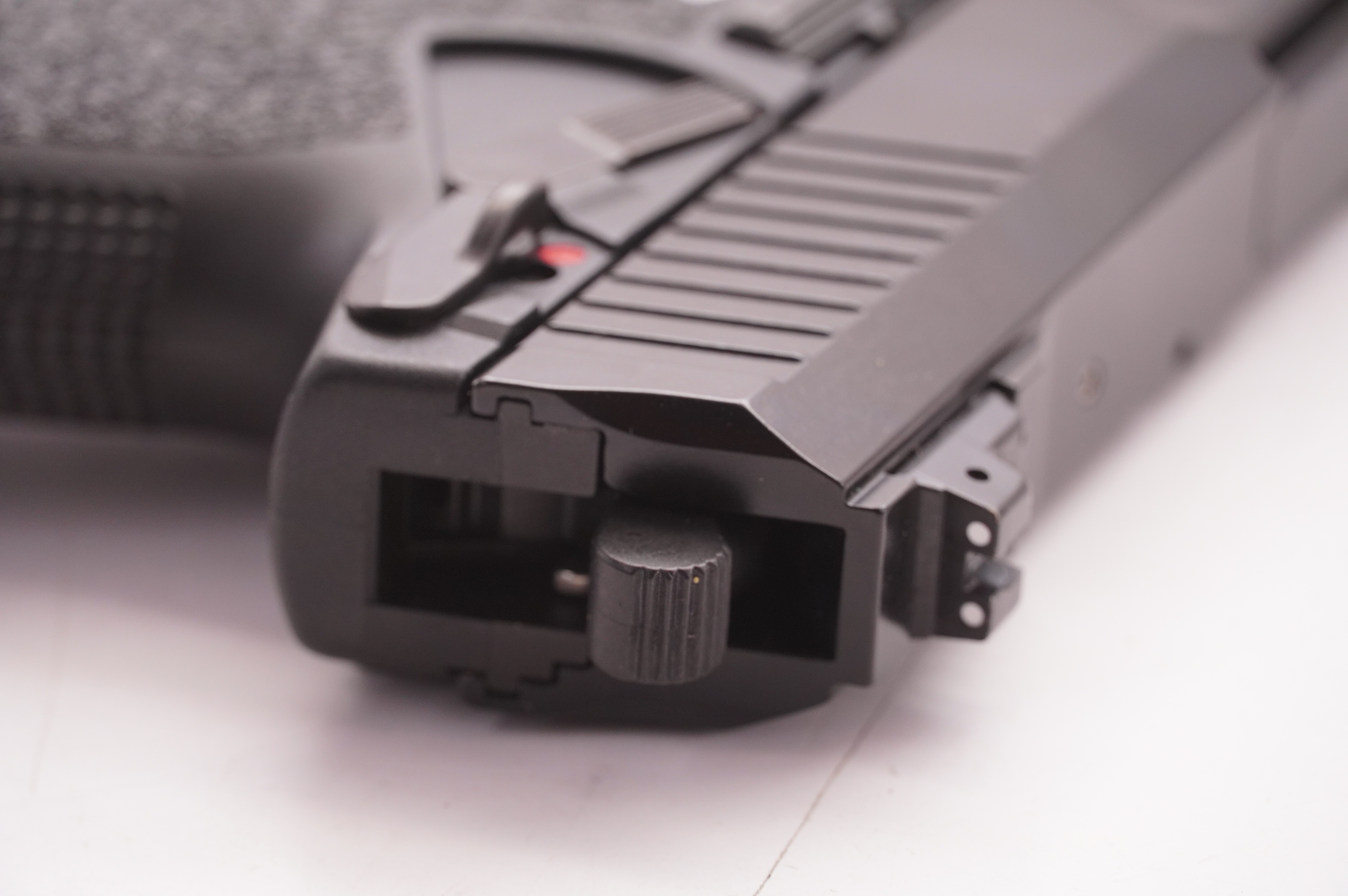 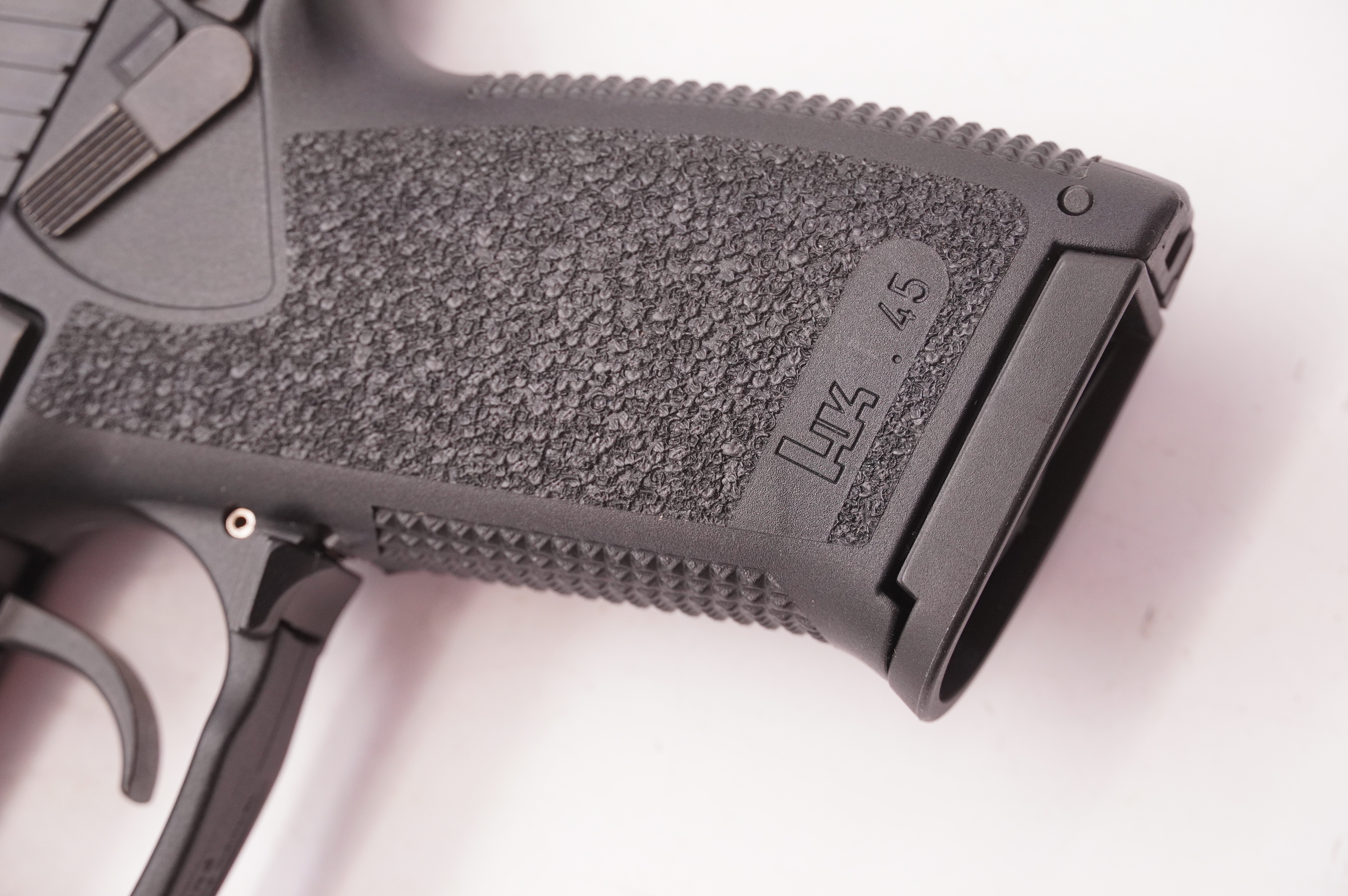 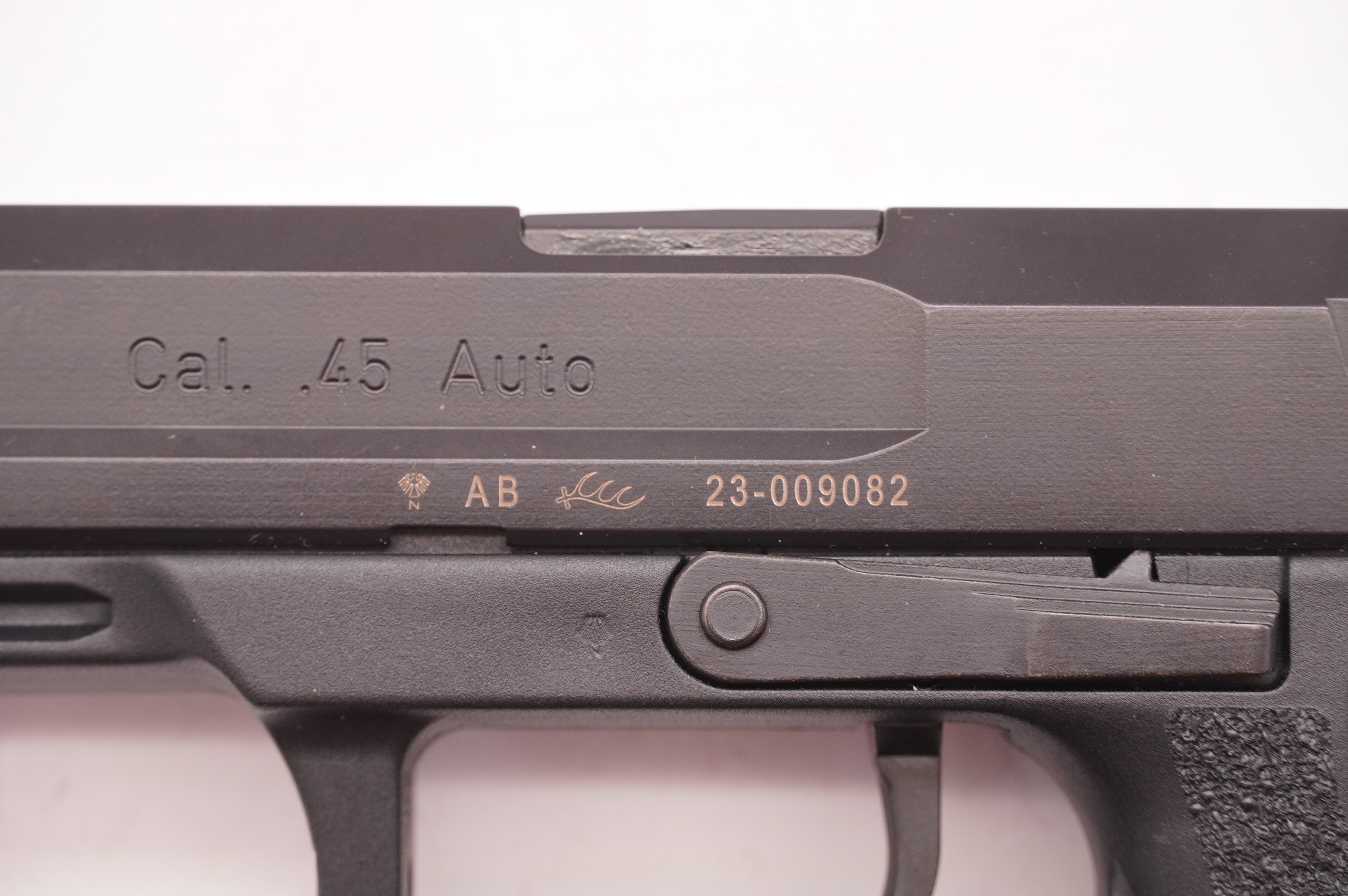 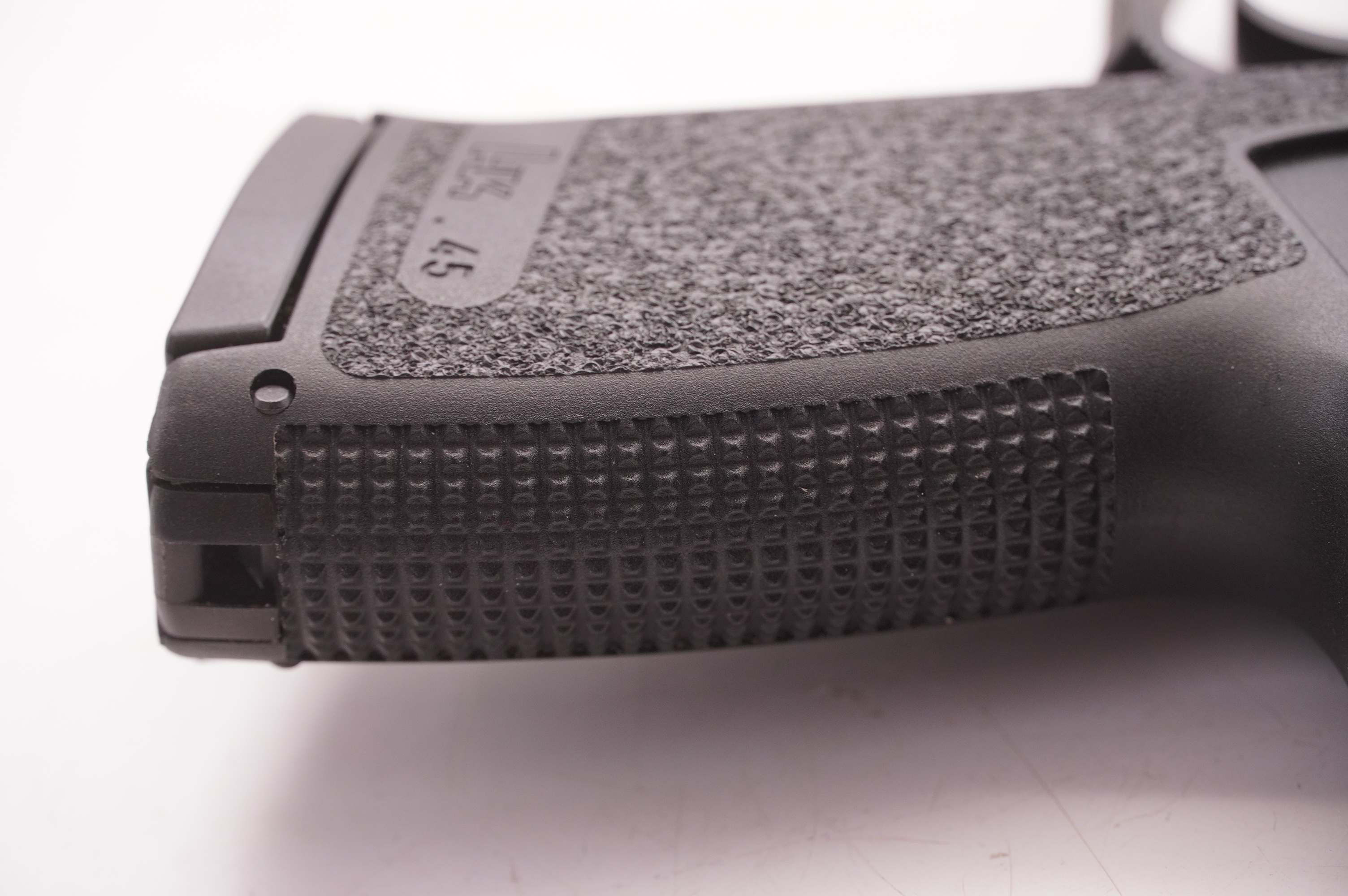 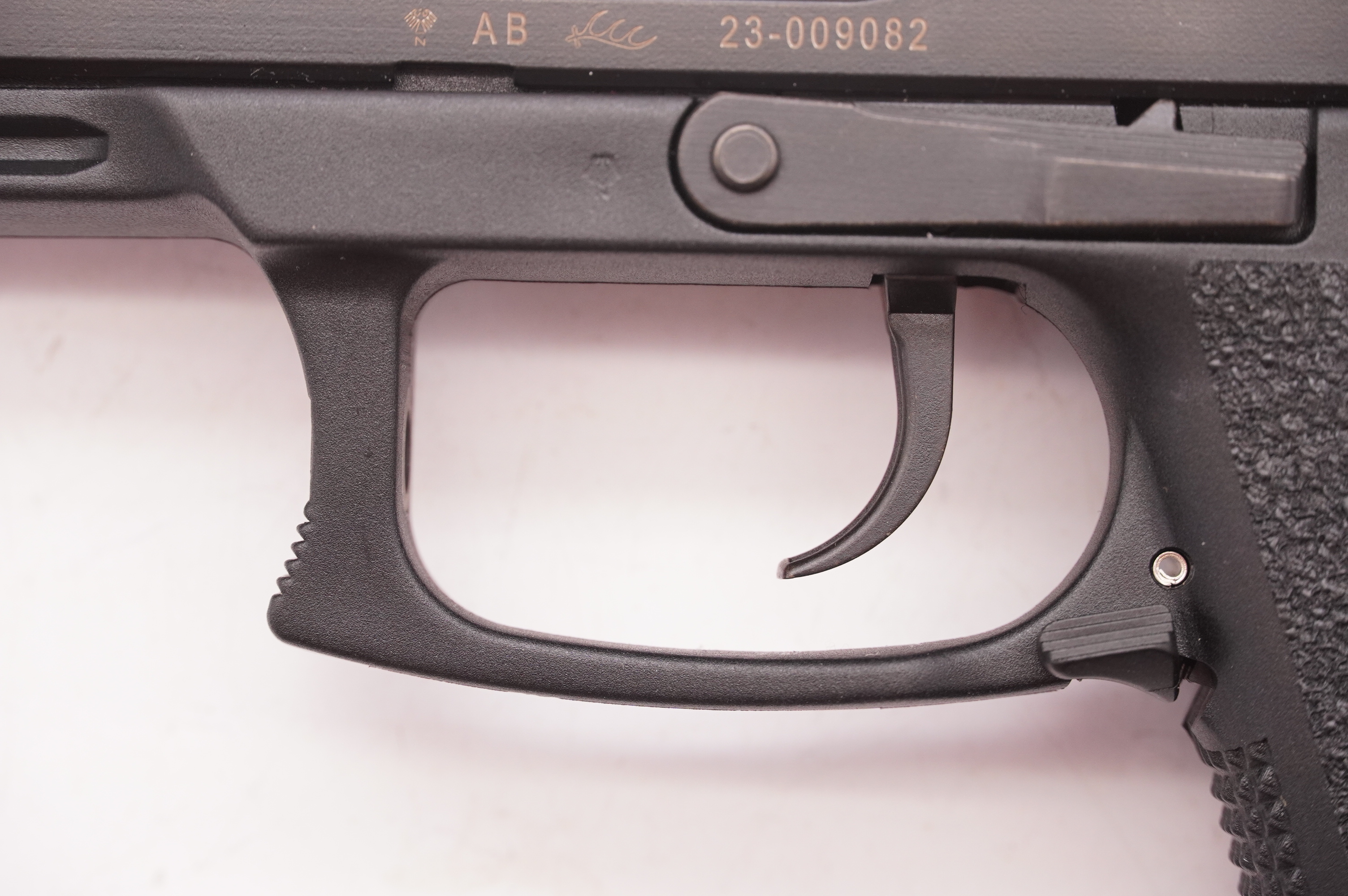 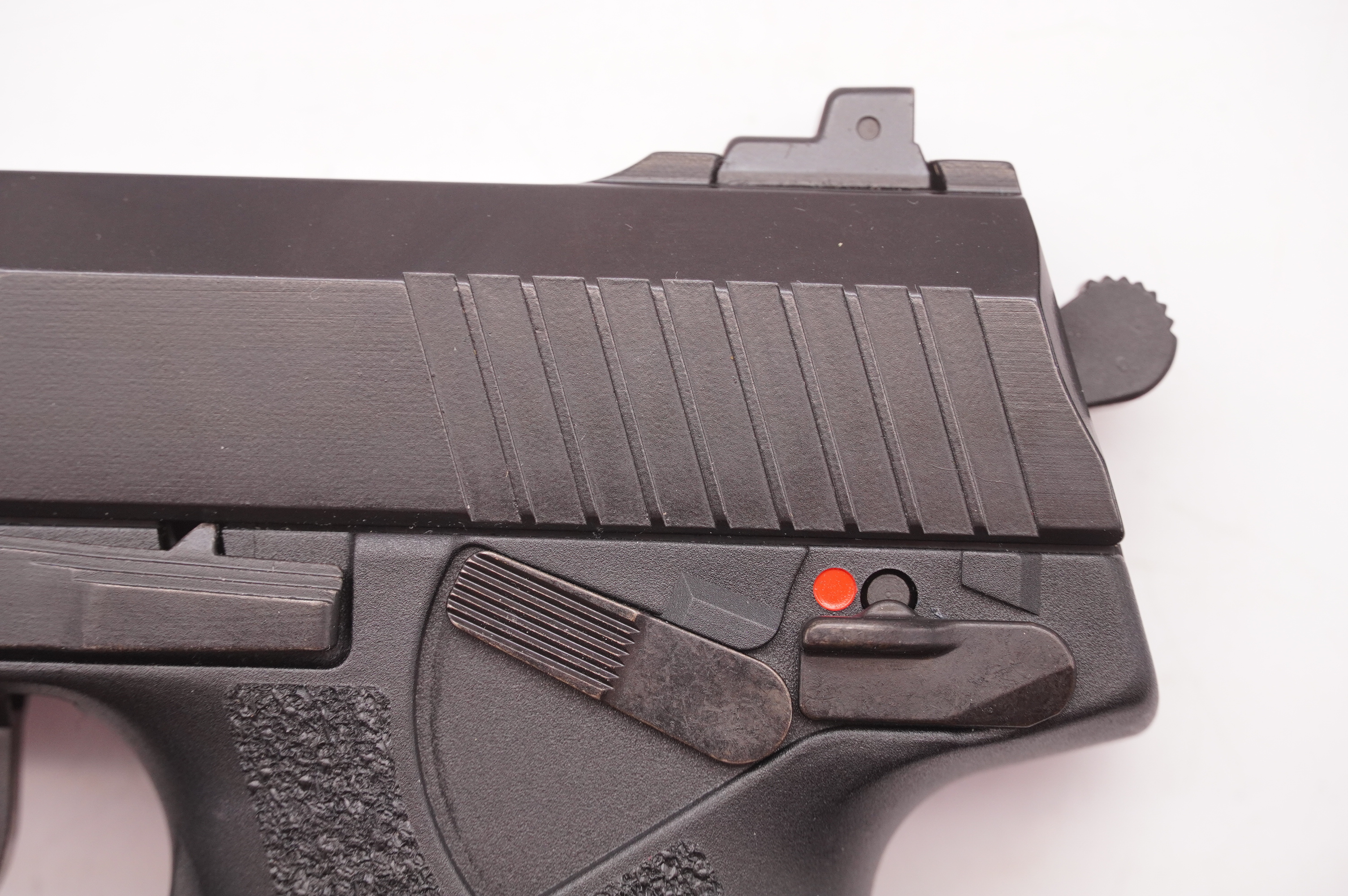 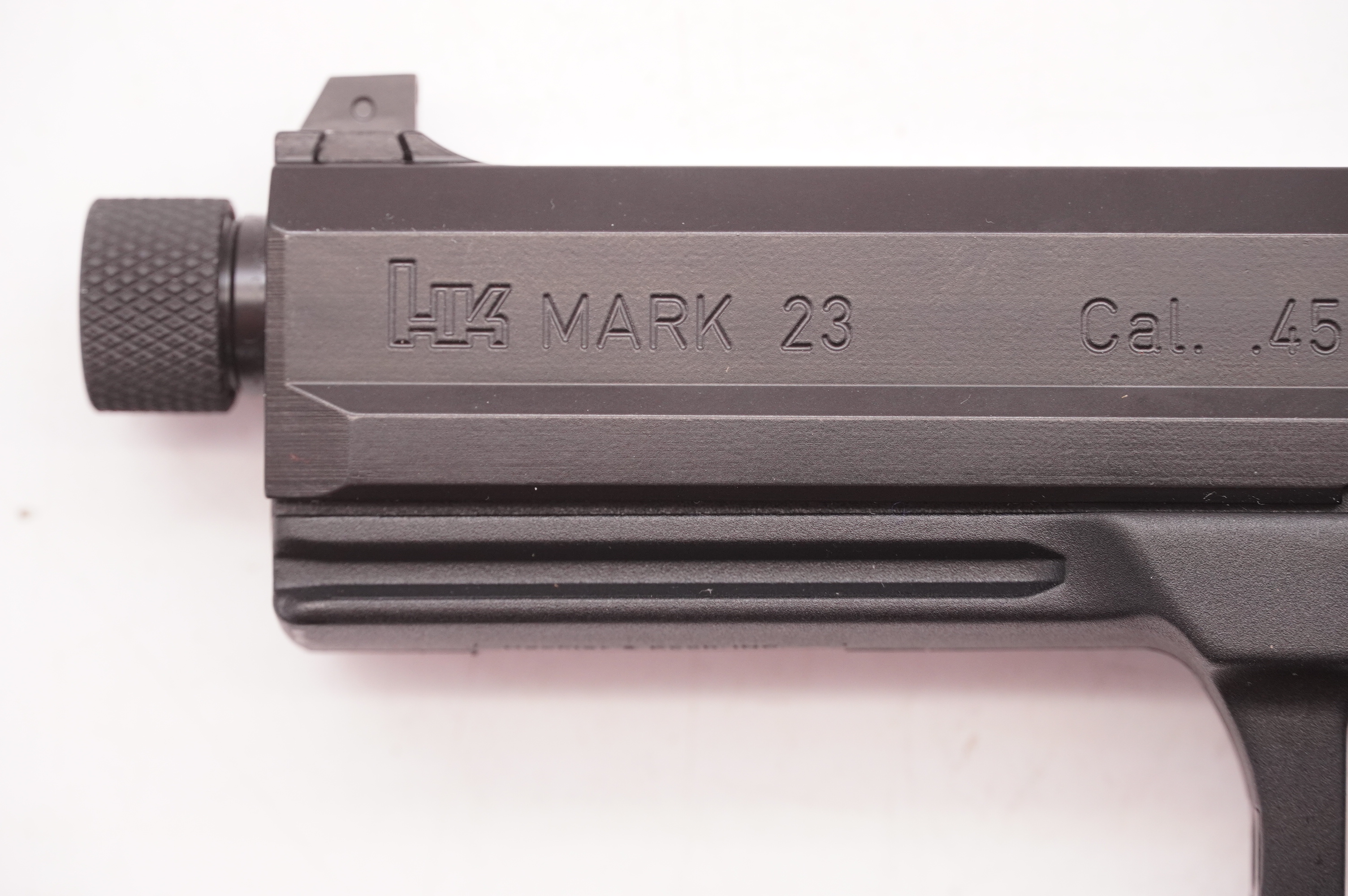 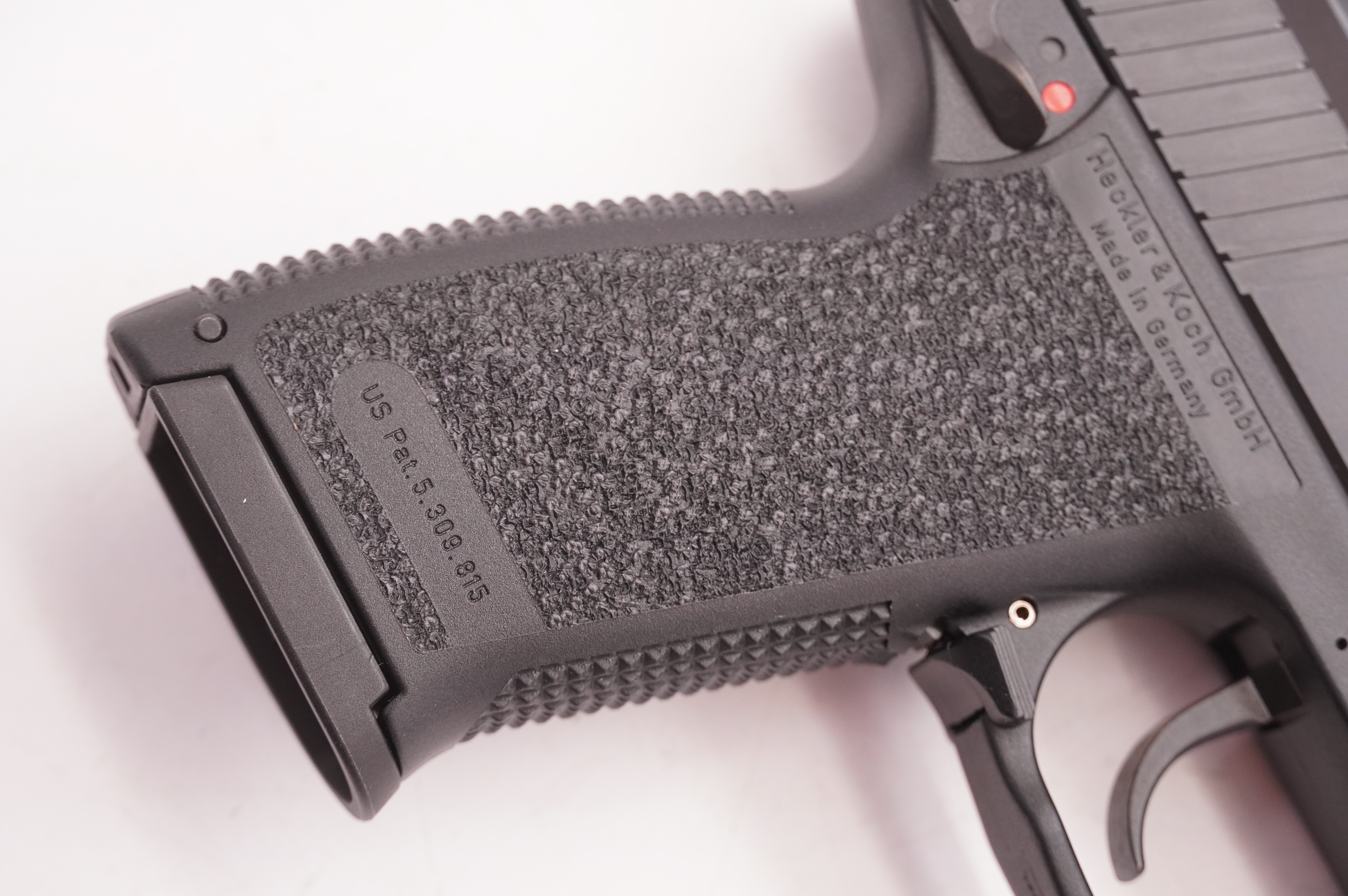 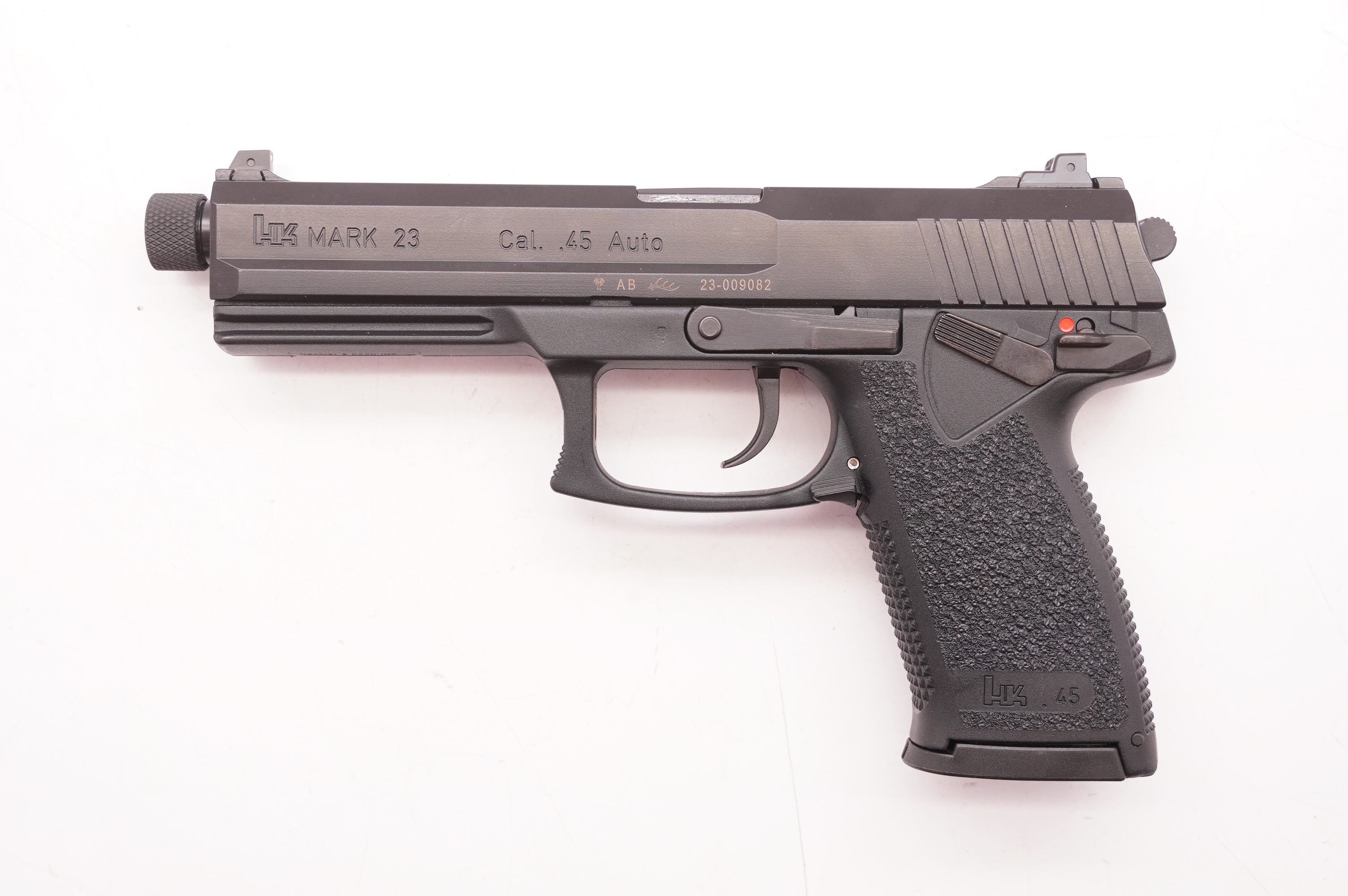 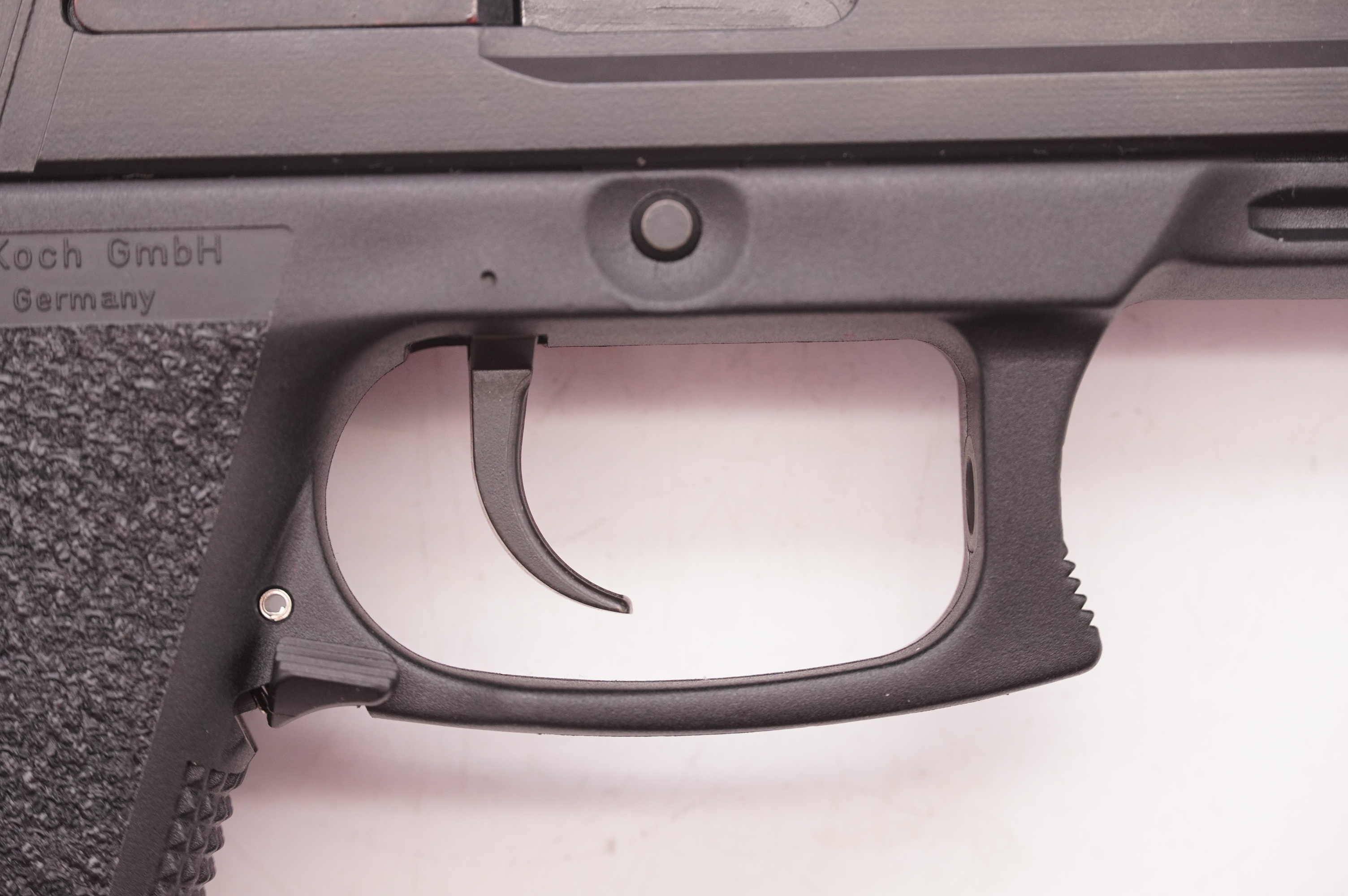 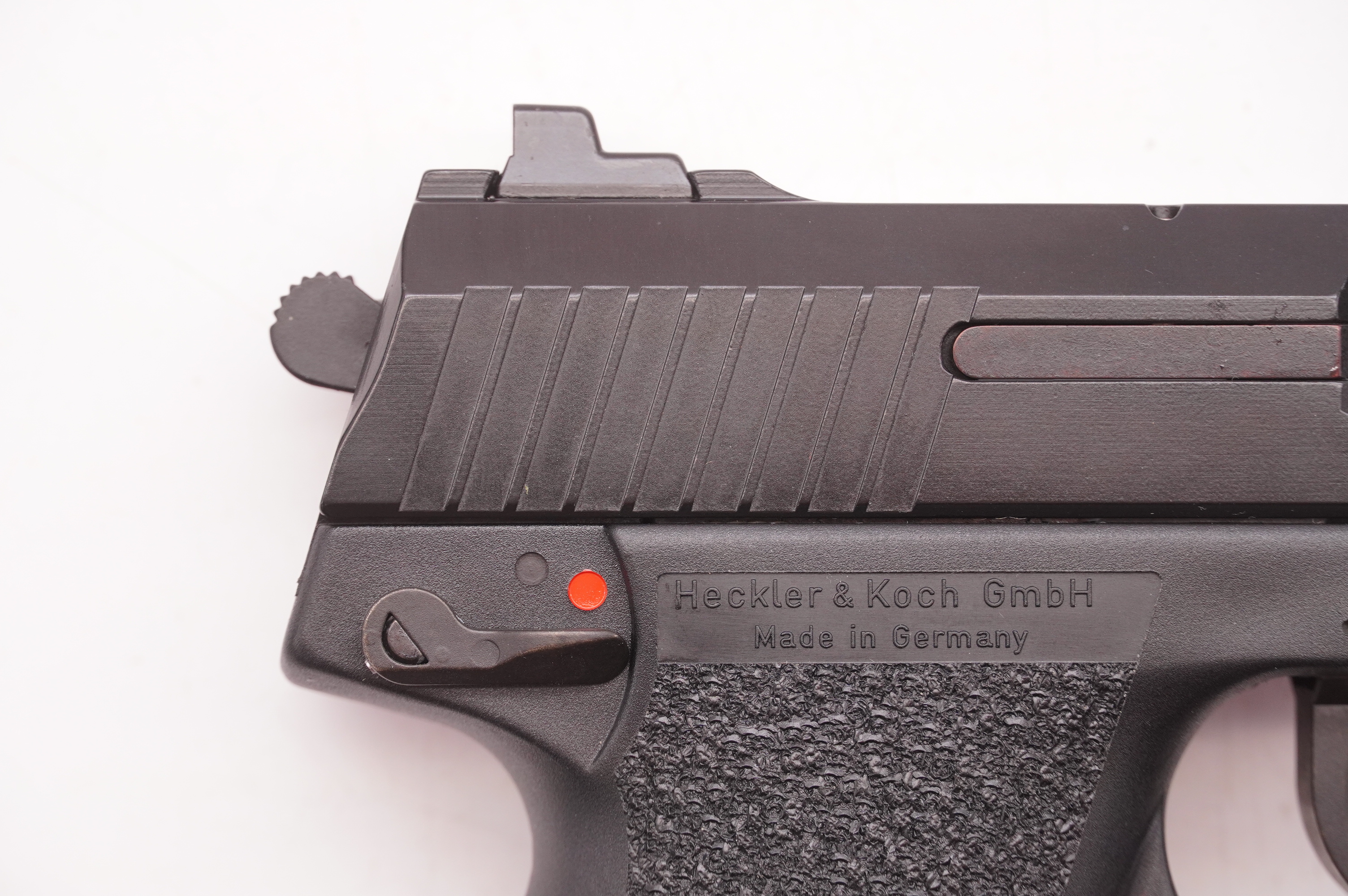 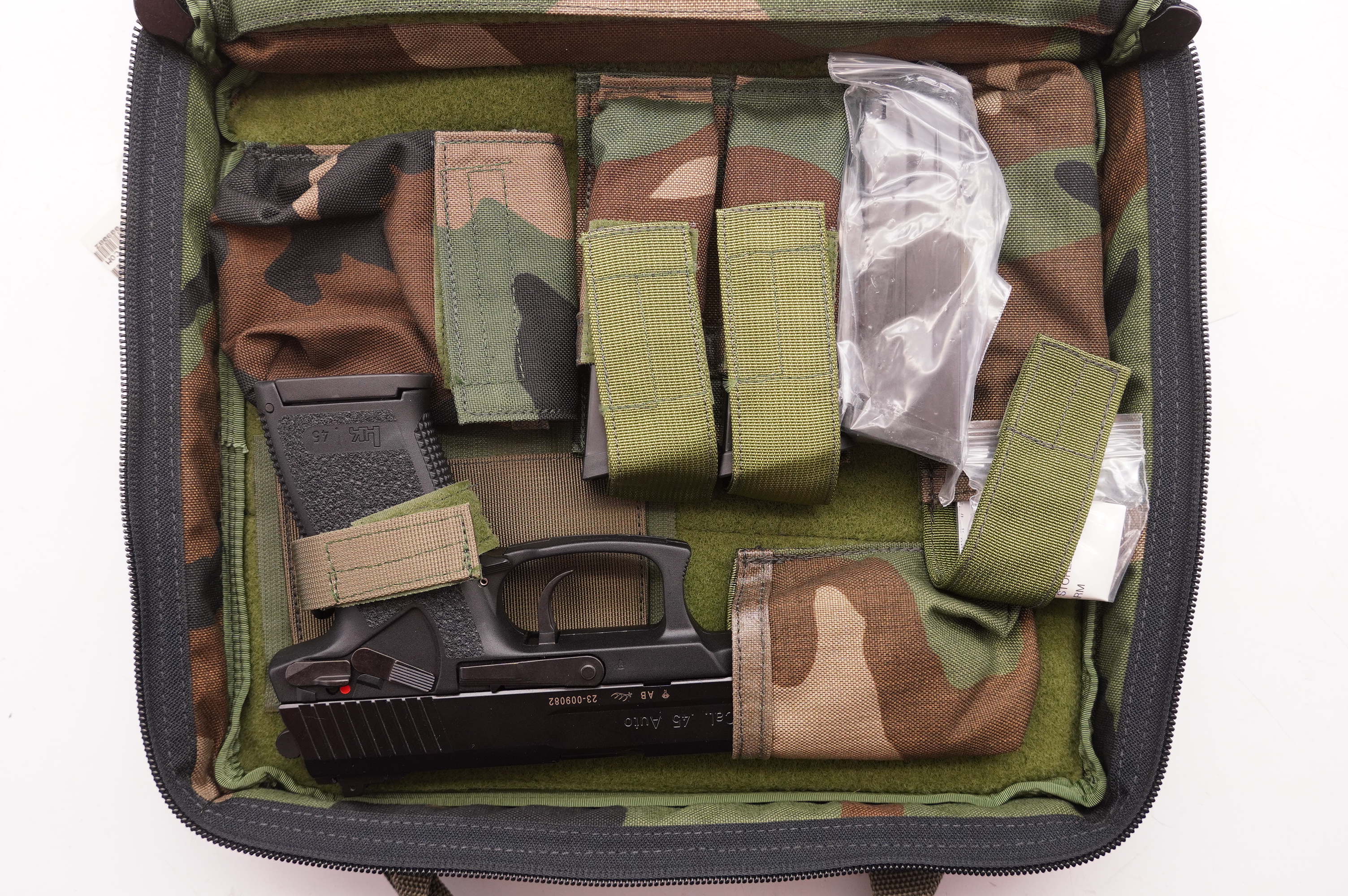 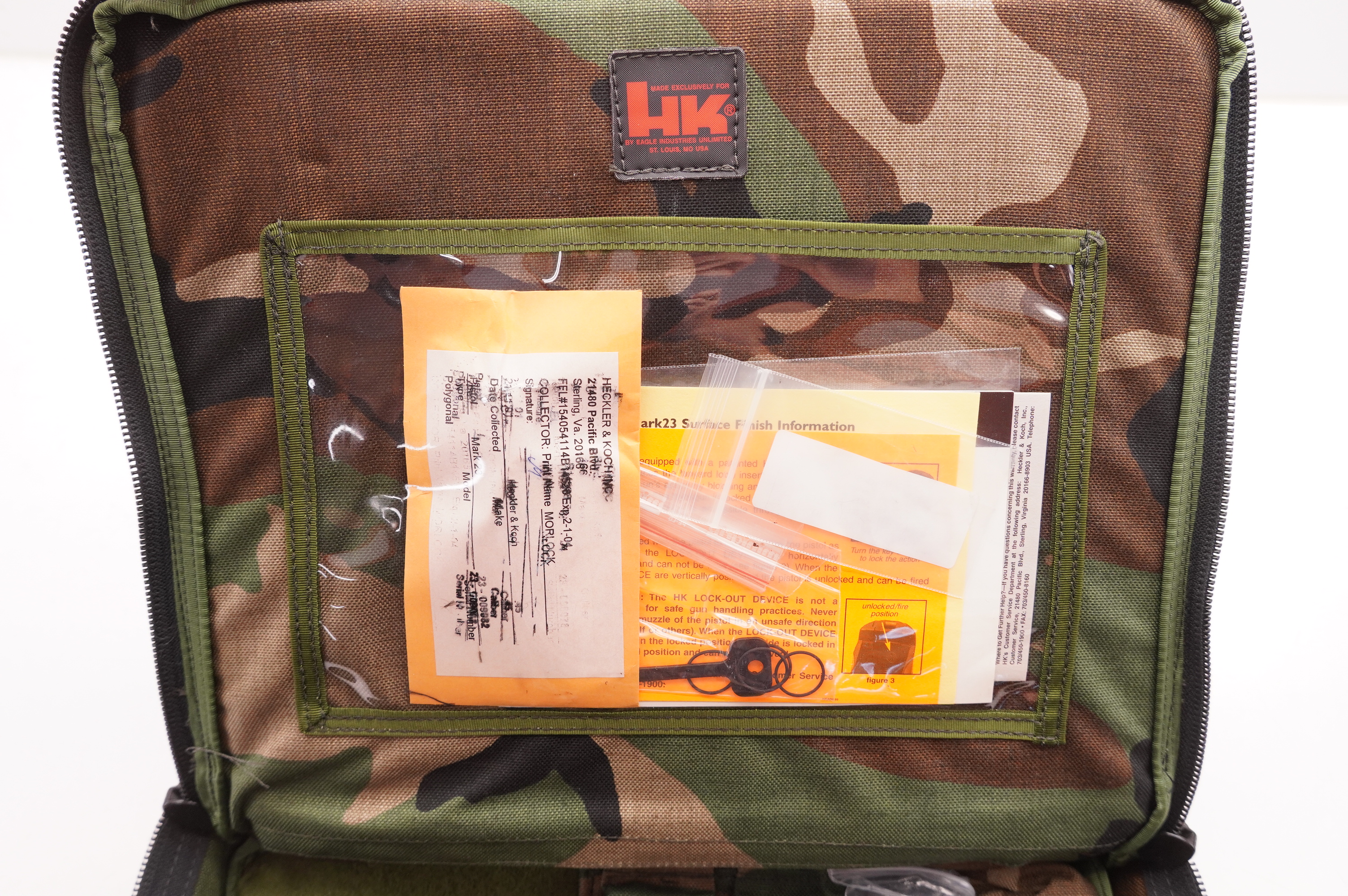 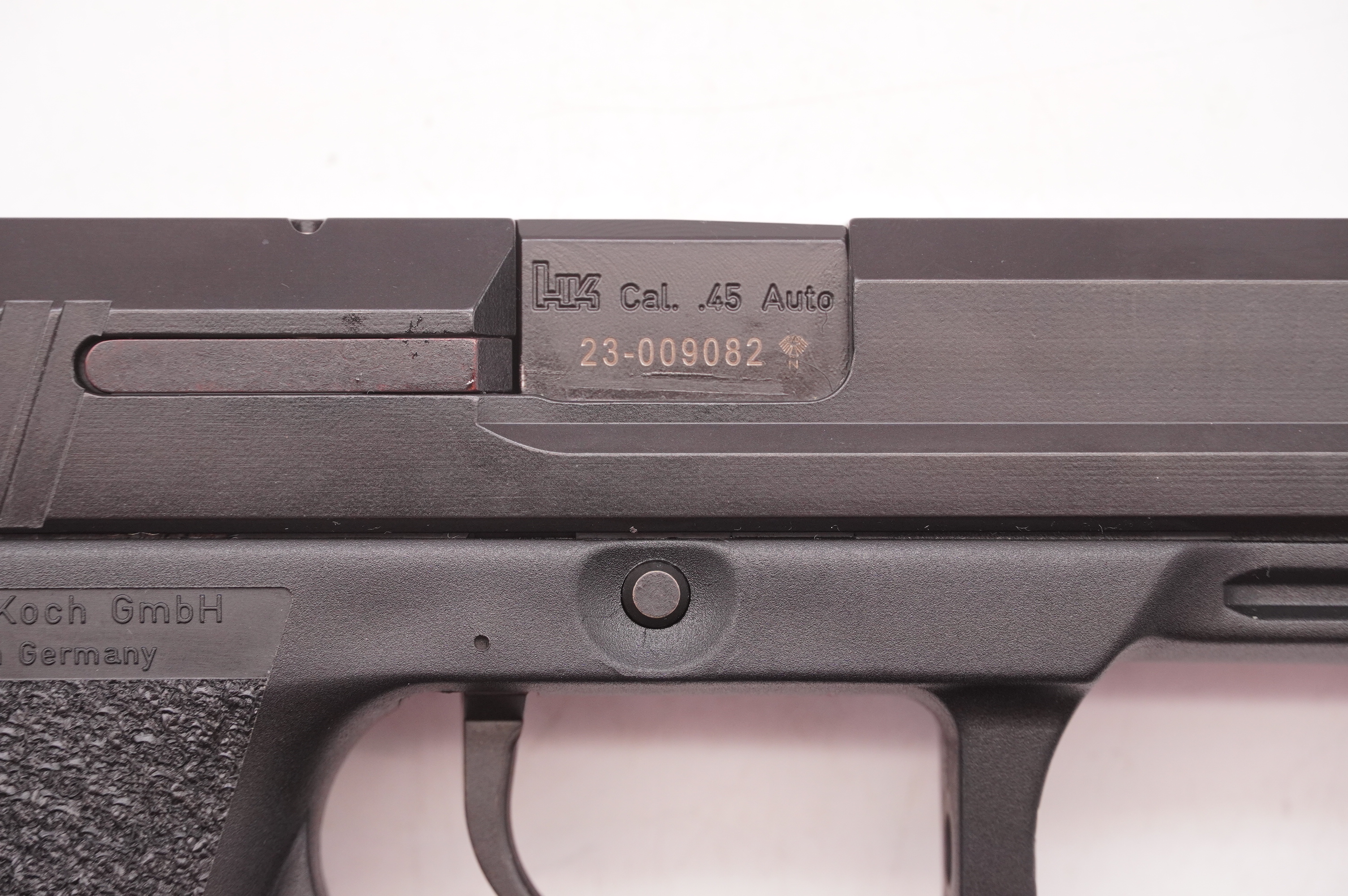 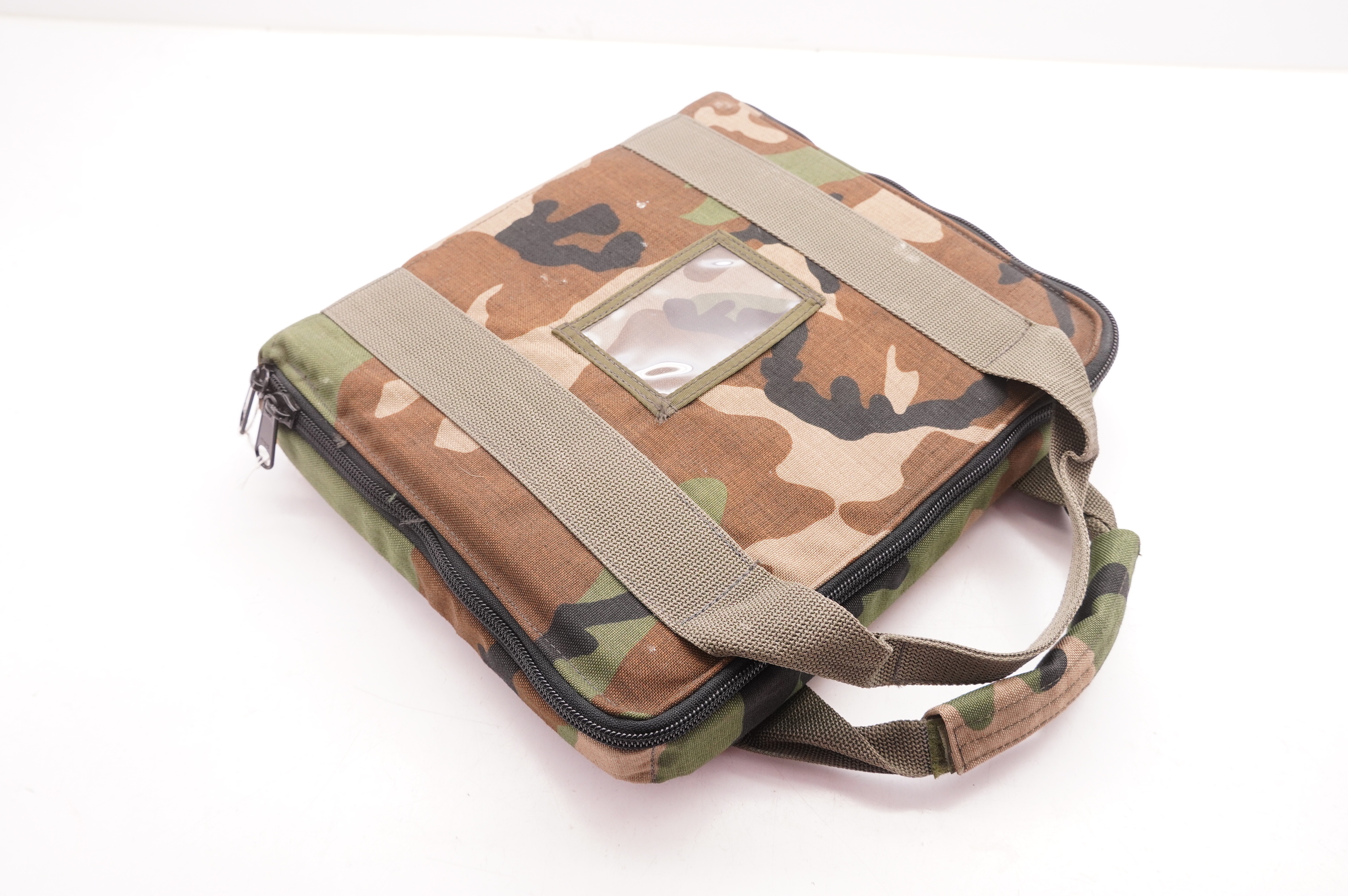 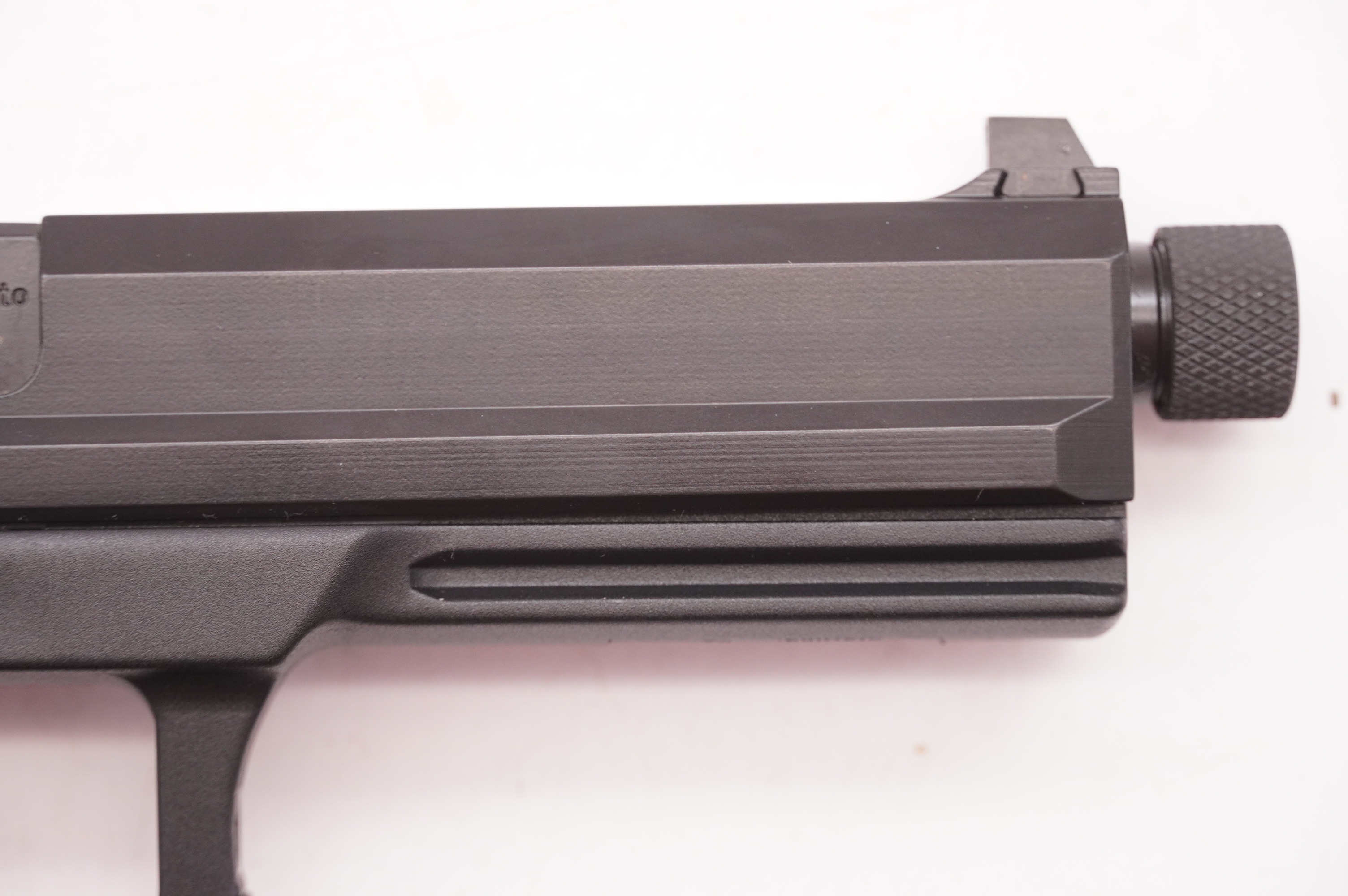 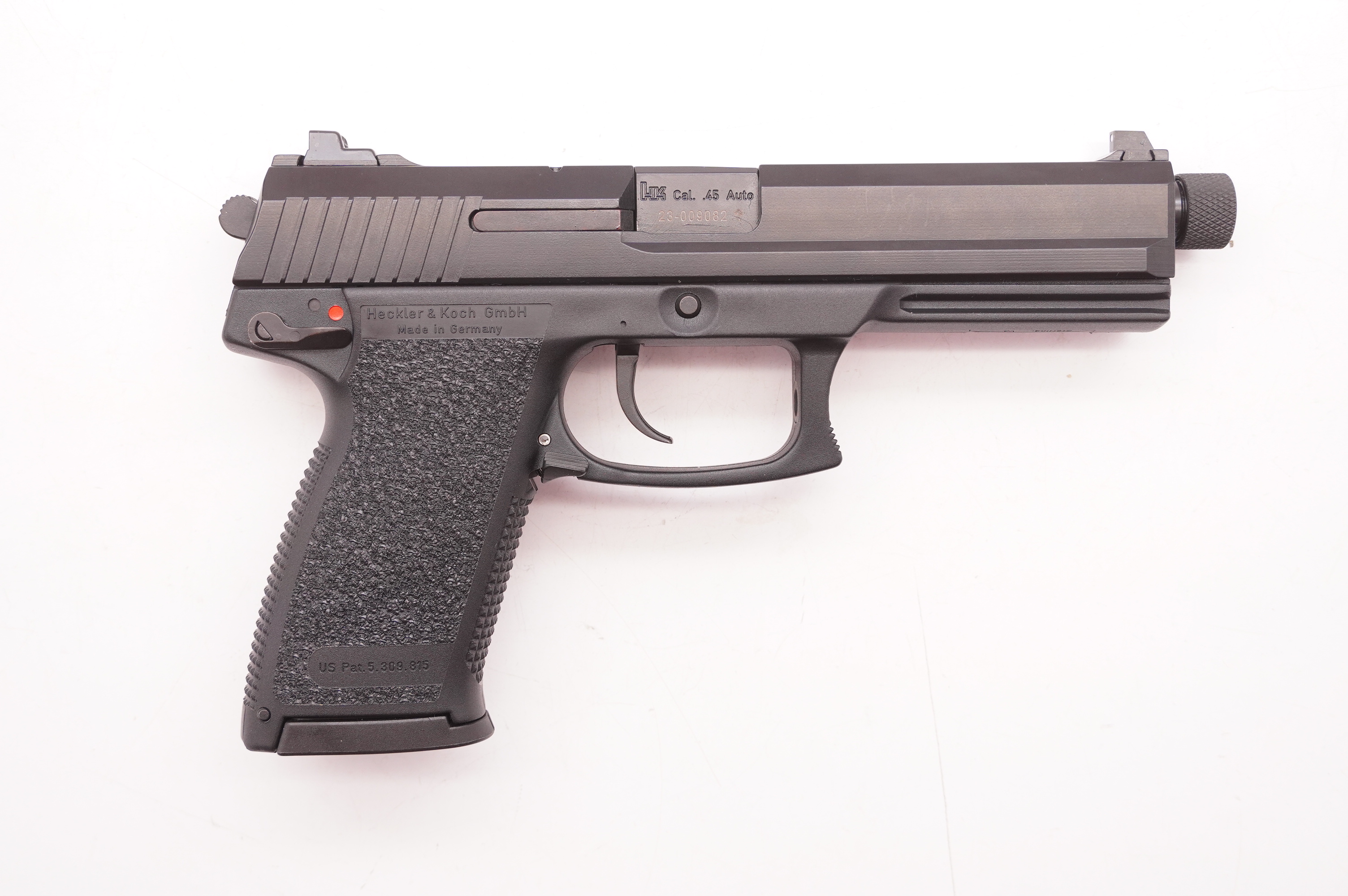 This is an unfired Mark 23!

The HK Mark 23 Caliber .45 ACP pistol gives shooters match grade accuracy equal to that of the finest custom made handguns — yet exceeds the most stringent operational requirements ever demanded of a combat handgun. The Mark 23 provides this accuracy without the need for hand-fitted parts common in custom-built match pistols costing thousands of dollars more. One of the most thoroughly tested handguns in history, the MK23/Mark 23 project originated in 1991 when HK began development for the U.S. Special Operations Command, the organization that directs the activities of America’s most elite military units, including the Navy SEALs and the Army Special Forces. On May 1, 1996, the first HK MK 23 pistols were delivered to the U.S. Special Operations Command for operational deployment, making the MK 23 the first caliber .45 ACP pistol to enter American military service since the venerable Government Model 1911A1. During testing, MK 23 pistols met the most stringent operational and accuracy requirements ever demanded of a combat handgun. Endurance testing demonstrated a service life of over 30,000 rounds of +P ammunition. To meet the reliability requirement, the pistol had to demonstrate a minimum of 2,000 mean rounds between stoppages (MRBS) with both M1911 ball and +P ammunition. All pistols exceeded the 2000 MRBS with an average of 6000 MRBS. In more than 450 accuracy test firings from a precision firing fixture at 25 meters, MK 23 pistols far exceeded the government requirement, averaging 1.44 inches, with 65 groups of less than one inch. There were four groups of .5 inches, with 5 rounds going through the same hole!

We accept MC and Visa with a 3% fee. We also accept ACH with no additional fee.

It is important to us that you are happy with your purchase. The buyer will have a 3 day money back inspection period. If you find the item was not as represented just return for a full refund! Thanks for bidding.

NO LOCAL SALES we ship to FFL's only.