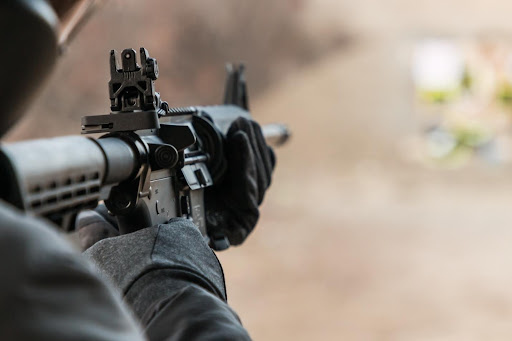 The AR platform of rifles has become a nearly infinitely customizable family of rifle options. Firearms manufacturers have been working around the clock to make the best rifles possible in as many caliber choices as are available. While these options may have similar external similarities and aesthetics, the explosion in caliber options for the AR platform has truly revolutionized the American rifle market. Whether you want to use an AR for plinking, target shooting, deer hunting, or long-range precision marksmanship, there is an AR rifle that will fill that role for you. But a further explanation needs to be made about the differences between the two different types of AR platforms: the AR-15 and the AR-10.

Origins of the AR Platform

First created as a prototype to compete with the US military’s search to replace the aging M-1 Garand prior to the eventual escalation into the Vietnam War, the first model created was the AR-10, chambered in 7.62x51mm. The rifle eventually lost out on becoming the military’s next rifle to the M-14 after issues with the barrel materials were found to not be able to keep up with the military’s arduous testing standards. But after the first advisors into Vietnam came back, they reported that the heavier 7.62mm round was too heavy for practical use by an average infantryman in a jungle warfare setting. GI’s carrying the M-14 with the heavier 7.62 NATO round were unable to gain fire superiority against an armed guerrilla force of Vietcong and NVA troops carrying the lighter and faster shooting AK-47 and its 7.62x39mm round. The AR-10 was refitted to accept the smaller 5.56mm NATO round, and with that change, so changed the future of American military firepower. Production issues with the M-14 meeting the demands of the massive military buildup in Vietnam led to Colt buying the design for the AR-15 and mass-producing it. The AR-15, now designated as the M-16, was the new official rifle of the United States military.

Differences between the AR-15 and AR-10

Both the AR-15 and the AR-10 function in the same exact manner. They are both gas-operated, shoulder-fired rifles with similar functions and very similar looks. The main difference between the two rifles is the size of the caliber each rifle can fire. Due to its smaller size in terms of the upper and lower receiver, the AR-15 is only suited to fire smaller rifle rounds, and in terms of the customizable nature of the platform, we now see AR rifles chambered in pistol calibers as well. Here is a shortlist of the available chambering options in the AR-15:

Due to the larger mass of the upper and lower receiver of the AR-10, rifle calibers with longer shell casings are much more compatible with the AR-15’s bigger brother. While there are limits to the size of the round that will fit with an AR-10, some companies are now making upper receivers that are capable of handling bigger, magnum powered rounds like the .300 WIN Mag and 7mm Remington Magnum. Here is a list of some of the caliber options available in the AR-10:

This point drives home the completely customizable nature of both the AR-10 and AR-15 rifle platforms. If you want to change out your 5.56mm NATO shooting AR-15 with another caliber, sometimes it can be as simple as a quick barrel swap to the new caliber. In some cases, a new bolt may be required with that barrel swap as well. But some caliber offerings were specifically designed to maintain compatible bolts with other calibers, like the 5.56mm NATO and the .300 BLK. But in terms of compatible parts between the AR-15 and the AR-10, these are limited to things like buttstocks, takedown springs and detents, some drop-in trigger groups, or other smaller components. Due to the larger upper and lower receiver of the AR-10, major parts like bolt carrier groups and barrels are not cross-compatible with both platforms.

Practical Use of Each Rifle Platform

Every rifle has a purpose and will meet the needs of the shooter. While some shooters prefer to rely on more traditional bolt action rifles or lever actions, the one platform that can claim to cover all needs is the AR platform. No other rifle system is more customizable to a specific need than the AR-15 and AR-10. From plinking in the backyard to hunting varmints like groundhogs and coyotes, to pest control like shooting feral hogs, and into the shooting sports world, the AR platform is the do-it-all rifle system. Whichever one you choose, whether it’s an AR-15 for target shooting and home defense, or the AR-10 for hunting large game and precision long-range marksmanship, either rifle will meet your needs and will do so in a very reliable fashion. To find your next AR-15 or AR-10, Gunspot is the place to find the best deals from the best gun dealers in an easy-to-use and intuitive auction platform.