Is Your Home Bullet Proof

I’m a big movie buff. I always have been. The storytelling through movies and tv shows is one of my absolute favorite things. It has also introduced our society to several great characters. Characters like John Rambo, Indiana Jones, Darth Vader, Hannibal Lecter, Tony Montana, John Wick, and John McClane. In movies and in the movies of some of these characters there are common Holywood gun myths.

In the John Wick movies, we see as with many other movies, suppressors on guns make them near silent. If they edit in noise it almost sounds like a futuristic squelch of a laser gun. Bystanders can pass oblivious to the gunfight happening around them. There is one other falsehood scene in nearly every movie which is the topic of this article/video. The topic revolves around the question “what is bulletproof in your home?”

The short answer to this question will seem obvious to you probably. Nothing is “bulletproof.” Merriam Webster defines bulletproof as impenetrable to bullets. Nothing in most modern production homes, except for if you specifically had something placed in your home, is bulletproof.

So is there any cover in your home? Not exactly. What you will find in modern homes is concealment that hides your presence like hiding behind corners and doors etc. But those items are not bulletproof. There are certain items in your home that can give you added protection though. First, let’s talk about what is not one of those items. 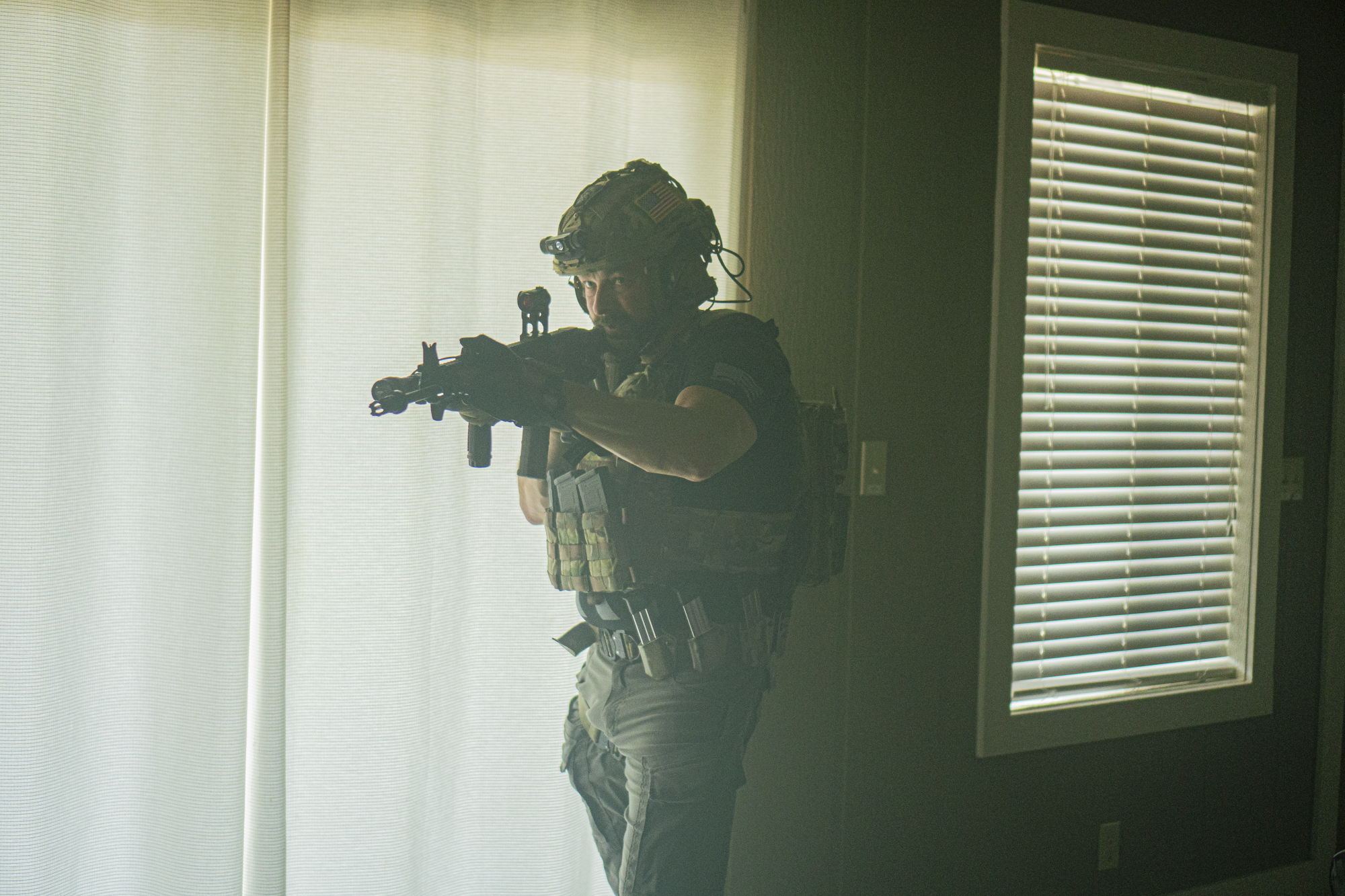 In Hollywood movies, you tend to see these objects used a lot. The protagonist will flip over the kitchen table and hide behind it as bullets smack into the surface of the table leaving the hero unharmed. This is not the case. I suppose if you have the heaviest solid Oak table in the world it could potentially stop some bullets. For the most part, though this is a complete myth. Couches and refrigerators are other items you see people use as cover from gunfire. Here is the truth. Are those items better than standing in the open? Possibly yes, it would depend on the situation of course. Could some of those pieces actually stop a projectile from hitting you? Sure. It is of course relative. If your attacker has an M1 Garand chambered in 30.06 I doubt it hinders the round at all. However, if the threat has a .380 ACP pistol, it just might. Again it’s all relative.

In homes what we are really looking for are items that can deflect or divert the path of a bullet. A common thing every home has that can do this is a door jamb. Door jambs are comprised of multiple layers of 2x4 boards to support a heavy header joist above. Those multiple layers of 2x4 can potentially redirect the flight patch of a bullet. Which might make a round targeted at your vitals pass through the door jamb and be directed downward to a leg or make it a miss. Take inventory of your home and try to notice if you have any dense objects that can deflect bullet flight or if you are stuck with concealment only. Some items to look for would be things like wooden columns, interior walls that are brick, rock, door jambs, or anything that gives you layers. For example, if you can seek cover on the other side of cabinets but there is dead air and a kitchen island between you and the shooter, plus the cabinets that’s great. 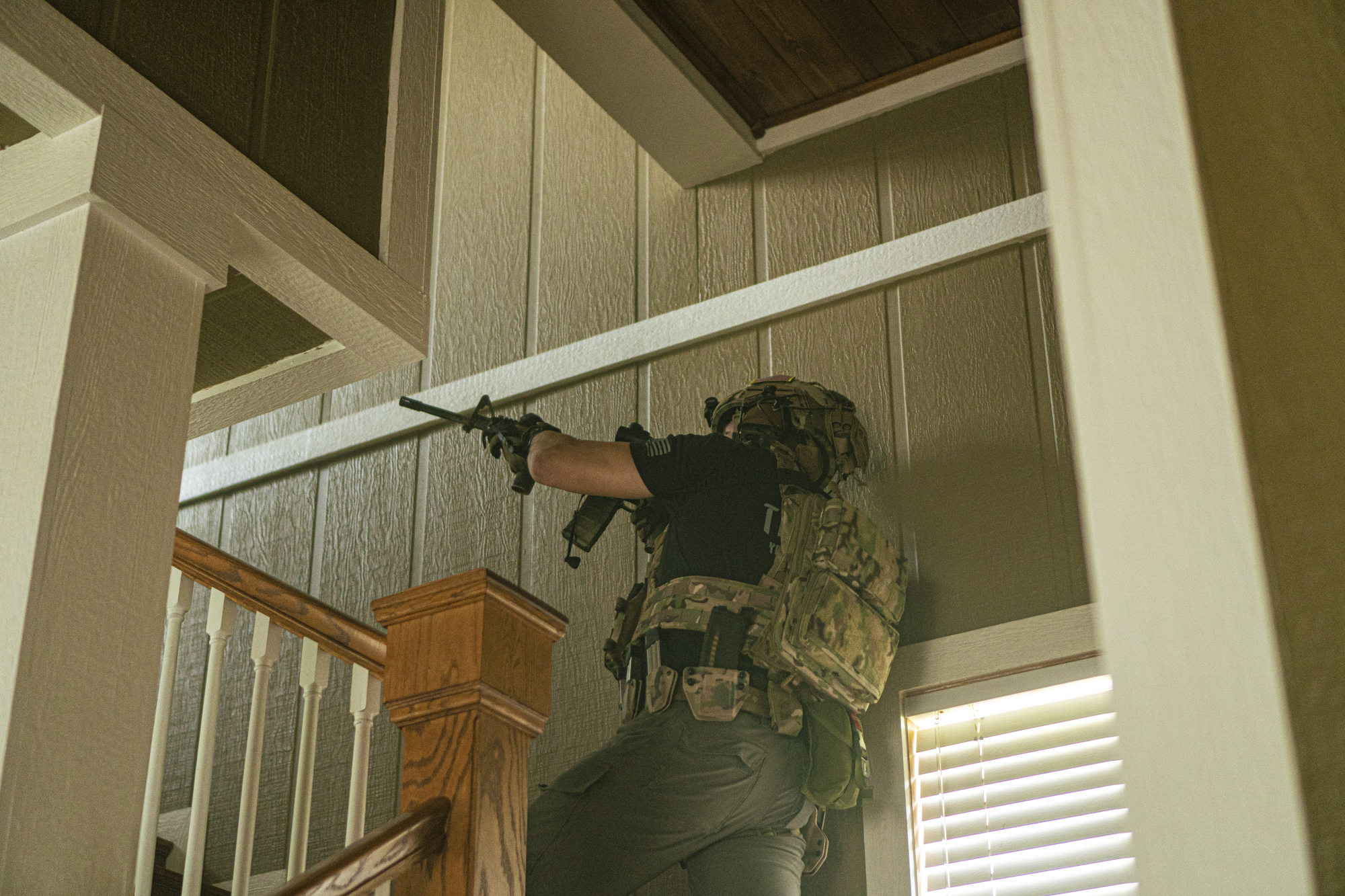 Now it can be a good thing that your home isn’t stacked with bulletproof surfaces. How is this good in a gunfight? Well, home burglars are not the most tactically sound shooters in the world. That means the myths they see in Hollywood movies, about couches being good sources of cover, is freshly in their head. You however can be educated and tactically sound knowing that the cover they are behind is worthless. Especially if you have a rifle for home defense, you can turn the couch into swiss cheese. Bad guys are not usually smart, so use your gun knowledge to your advantage in a firefight.

Once you start giving some thought to this you will see the world in a different way. Constantly looking for things in stores, busy streets, and homes. Categorizing them as concealment, or cover and wondering if they can provide some bullet deflection. You will add this to your list of always checking the exits and sitting where you can face the door. Remember in some cases concealment can be just as good as cover if your attacker is not as savvy as you.