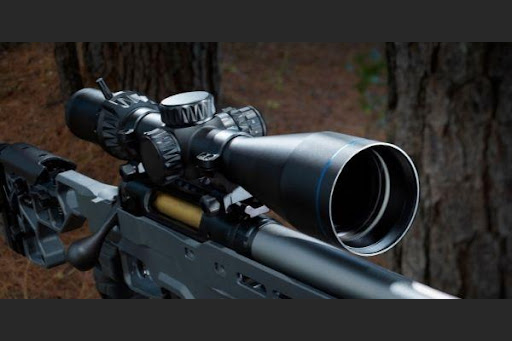 Ever since the sunsetting of the Assault Weapons Ban, and the explosion in popularity of the AR-15 amongst competitive shooters and hunters alike, the ever-expanding firearms industry has also encompassed huge advances in options with optics. No longer limited to just a single magnification scope with simple crosshair reticles, the optics market is now just as diverse as the firearms with which they sit atop.

Among the many advances in the optics industry, one of the more popular and affordable options is red dot sights, also known as reflex sights. These red dots are literally just that, a red dot that is superimposed within the shooter's viewing area. They work by using an LED light that is beamed onto a sheet of coated glass, which then projects that red light into the shooter's field of view. Red dots are not normally magnified, meaning that they are a 1x magnification. These sights are not meant for enhancing accuracy at distance, rather they are there for the shooter to quickly aim and acquire the target while maintaining both eyes open and giving the shooter a wide field of vision. Red dots are the simplest, and one of the most effective at getting your rifle on target quickly.

Holographic sights are similar to red dots but a bit more complex internally. A holographic image is generated by using a laser instead of LED lights. That laser is bounced back and forth internally in the optic housing, bounced off multiple mirrors, and then projected to the shooter's field of view. Of these two options, it is important to note that if you suffer from uncorrected astigmatism, you will have trouble viewing a red dot. A holographic sight will be much easier on the eyes for shooters with such an uncorrected eye condition.

If your goal is shooting in the intermediate to long-range field, as in 400-800 meters, depending on the caliber, you may find that your magnification needs are somewhere in the 12x to 18x range. One thing to note is that with clearer scopes with higher magnification levels, you will be paying much more for them than an average scope with lower magnification. There is a saying shooter use when referencing the price of a good scope, “buy once cry once.” Ponying up the money for a high-quality scope with the magnification you need will alleviate the annoyance later when you are trying to hit a long-distance personal record and can’t make it due to the inadequacies of your budget rifle scope.

One other note to add is that some scopes will have what’s called a bullet drop compensator built into the scope’s reticle. This will show as small circles or dots below the X and Y-axis of the reticle. While mostly caliber-specific insofar as the scope is preset for bullet drop for one specific caliber (i.e., 5.56mm NATO, 300 BLK, .308 Win, etc.). So, if you are shooting 5.56mm NATO with a BDC scope, you will know ahead of time how far your bullet will drop in flight and at predetermined distances. Not to worry though because many companies that manufacture these scopes will also have a ballistics calculator to assist you in determining the bullet drop for a variety of different rounds in each caliber, and other calibers as well.

With the proliferation of night vision and thermal technology for military use during the past few decades, the civilian market now has wide access to these types of optics. Both night vision and thermal optics allow a shooter to accurately hit targets in low or minimal light conditions. But there are some key differences between the two optic types. Thermal optics operate by registering heat signatures of potential targets, which is an added benefit to hunters in states which allow night hunting. Conversely, night vision optics operate by gathering ambient light and intensifying that light for the shooter to see in those near-zero light conditions. Night vision can also be found in both rifle scopes as well as user-worn goggles. Some rifle scopes are even compatible with night vision optics, meaning that there are low light reticle settings that will not drown out the shooter’s vision while using night vision. Of these two options, thermal optics do have a slight advantage in overnight vision since night vision requires at least some ambient light to be effective whereas thermals only rely on heat signatures, which will stand out against their environment with or without ambient light.

A seemingly lost art in the world of modern rifle optics is backup iron sights. The truth is that optics will break, batteries will run out of power, and when that happens, your rifle will have no aiming devices save for those backup iron sights. One of the least expensive aiming device options, iron sights can be found in the price range of $30 all the way up to $200 in some cases. But when your primary optic goes down or becomes inoperable, the peace of mind you will have knowing that your rifle can still be accurately fired is well worth the added expense. This is especially true in certain environments where your intended target may be just as lethal without a rifle as you are with one. Finding yourself on a bear hunt with a broken optic and no backup iron sights is not a comfortable place to be. And if your primary concern is that your rifle scope obstructs your field of view with a set of iron sights, many companies make iron sights in offset configurations, meaning that your iron sights will be canted at a 45-degree angle to allow for that unobstructed field of view.

Whichever optical device you decide to purchase for your rifle, the key to success is to practice often with it and ensure that all optics are zeroed correctly to maximize your rifle’s accuracy and range. This should be done well before ever stepping out into the woods for your next hunting trip. And when you are ready to get that new rifle scope or optic, be sure to check out Gunspot for the perfect rifle to pair it with.